Home > Blog > Theatre of war: the drama of the Special Operations Executive

Theatre of war: the drama of the Special Operations Executive

It’s a bit glib to say so, but in some ways the Special Operations Executive (SOE), Britain’s secret warfare organisation during the Second World War, resembled an amateur dramatics society (with added plastic explosive). I find SOE’s dependence on professional theatrical production techniques and personnel pretty striking. SOE developed characters and scripts, casting and acting coaching, costume and prop design, and its agents – its actors – put on the performance of their lives. 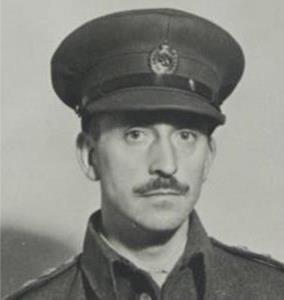 The camouflage section employed several people who had worked in film, and some have had their files opened to the public for the first time as a result of the HS 9 Project.

For agents to play their part successfully, the camouflage section needed to make them look the part. Escapees from the continent were given new clothes, and their old clothes were taken and copied in detail – right down to the underwear. Clothes in the correct style could then be made for agents going behind enemy lines. After all, ‘English-style’ clothing could betray an agent working abroad. There was also a make-up team, which could make delicate (or radical) changes to a person’s face, allowing agents who were known to the enemy to re-enter occupied territory and continue their work in disguise.

Camouflage wasn’t just for people – it was also for ‘props’. Walter ‘Wally’ Bull, a film plasterer, helped SOE develop explosive fake coal for sabotage. 3 He earned a civil MBE for his work with SOE, and later became chief plasterer on ‘2001: A Space Odyssey’. Other camouflaged curiosities made by the section included fake animal droppings, for placing on roads and bursting the tyres of enemy vehicles, and explosive stuffed rats for damaging enemy facilities.

For the Far East, they made fake Chinese stone lanterns and Balinese wood carvings, packed with high explosive. Undercover agents sold these explosive carvings to Japanese troops. We don’t know how successful they were, 4 but they were inventive ‘props’ for creating mayhem. Camouflaged items like these were displayed in the Demonstration Room at the Natural History Museum, for the benefit of SOE personnel – with an illustrated catalogue, in case visiting agents saw anything useful they might want to have made. 5 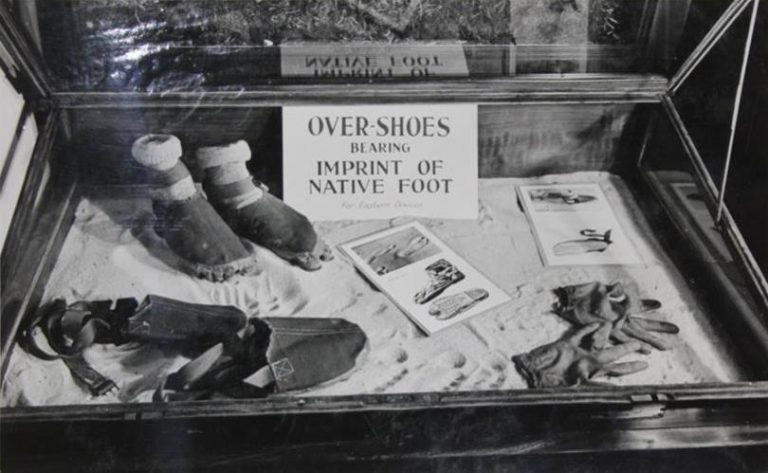 Another camouflage curiosity: ‘Over-Shoes’ for use in the Far East. The imprint was designed to disguise the agent’s tracks. Catalogue Reference: HS 10/1/11, Photograph M.

To look the part was one thing, but an agent also had to act the part. Peter Folliss, the young disguises instructor at the SOE finishing schools at Beaulieu, was believed to have been an actor. 6 He certainly put his skills to imaginative use. He would have some of the staff dress as German troops and drag students from their beds in an early morning ‘raid’. Wearing a ‘Schutzstaffel’ (SS) uniform, Folliss would interrogate the unfortunate students to see whether they could tell their cover stories convincingly under such startling conditions. 7

Security training at Beaulieu sometimes must have seemed like a pantomime. Not everybody took it seriously, but it was play-acting that helped prepare agents for what they might face in enemy territory. Other features of security training included coaching students in foreign habits – were they walking or eating ‘right’, for instance? They also made sure that the native language was second nature to the agents – did they swear in the right language? What about talking in their sleep? Agents had to ‘live’ their cover, even in unguarded (or unconscious) moments, to stay safe. 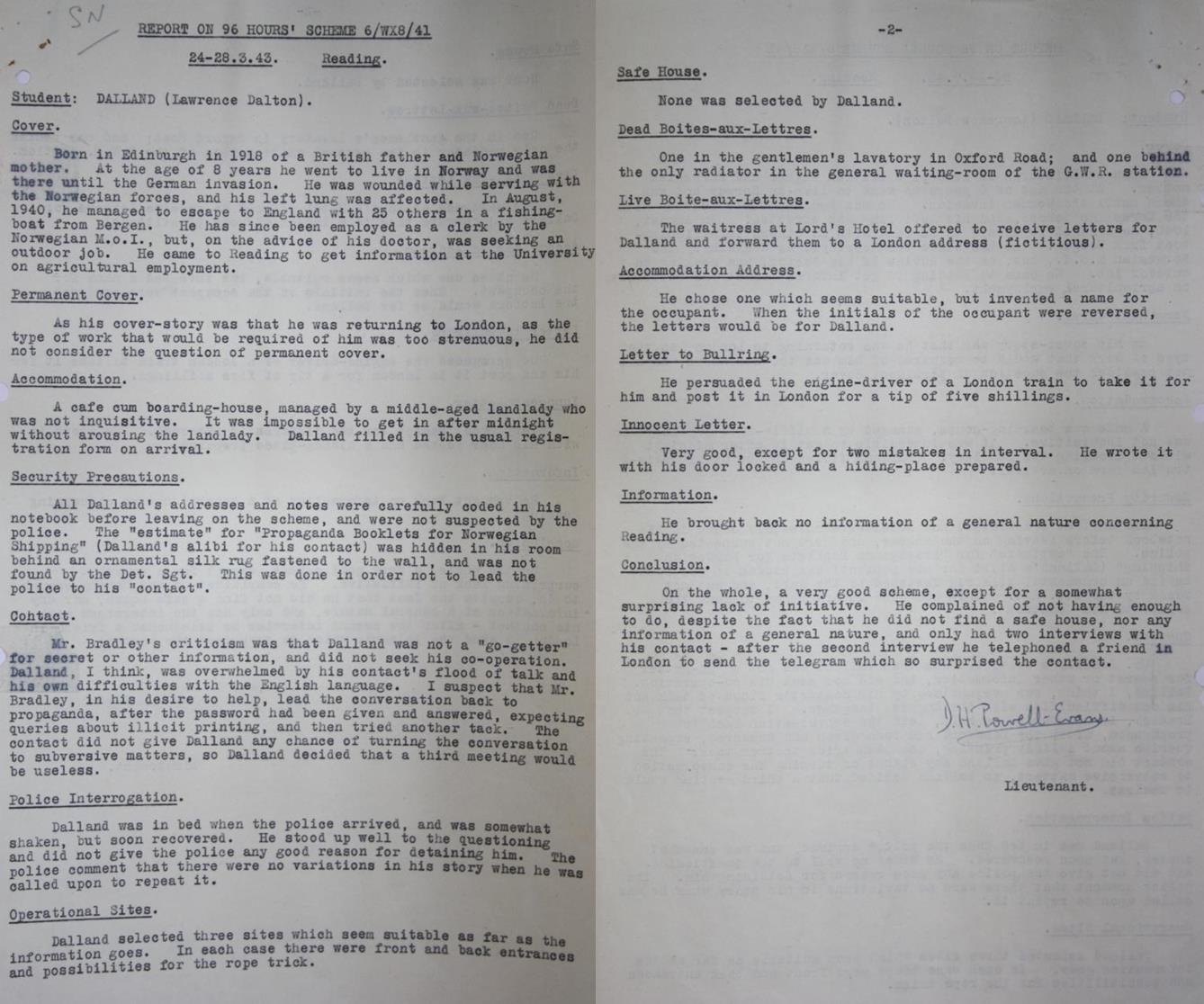 An evaluation of a student’s 96-hour scheme. This file, opened by the HS 9 Project, also includes a written report from the student. Catalogue reference: HS 9/390/2.

Another Beaulieu instructor, former film critic Paul Dehn, invented the idea of a ‘96-hour scheme’ to prepare students for secret operations. 8 The student would have to organise a scheme in ‘occupied territory’ (in reality, some remote town) and ‘rehearse’ the skills they had learned, like passing secret messages to contacts, doing reconnaissance, or escaping a pursuer. The local police would be let in on the schemes too, and would sometimes haul the student in for interrogation, to test their cover.

Other ‘hazards’ were introduced in the exercises, like deceptively friendly (and attractive) young ladies, who chatted warmly with the students to see whether they would play their part properly – or spill the beans. 9 The whole performance was staged in secret, right under the noses of an unsuspecting public. It isn’t surprising that Dehn went on to be a scriptwriter for films like ‘Goldfinger’ and ‘The Spy Who Came in from the Cold’. His scheme, once standardised, was so effective that the Secret Intelligence Service (MI6) adopted its principles for their own training (HS 7/51, p. 38).

Places, everyone! – SOE agents in the field 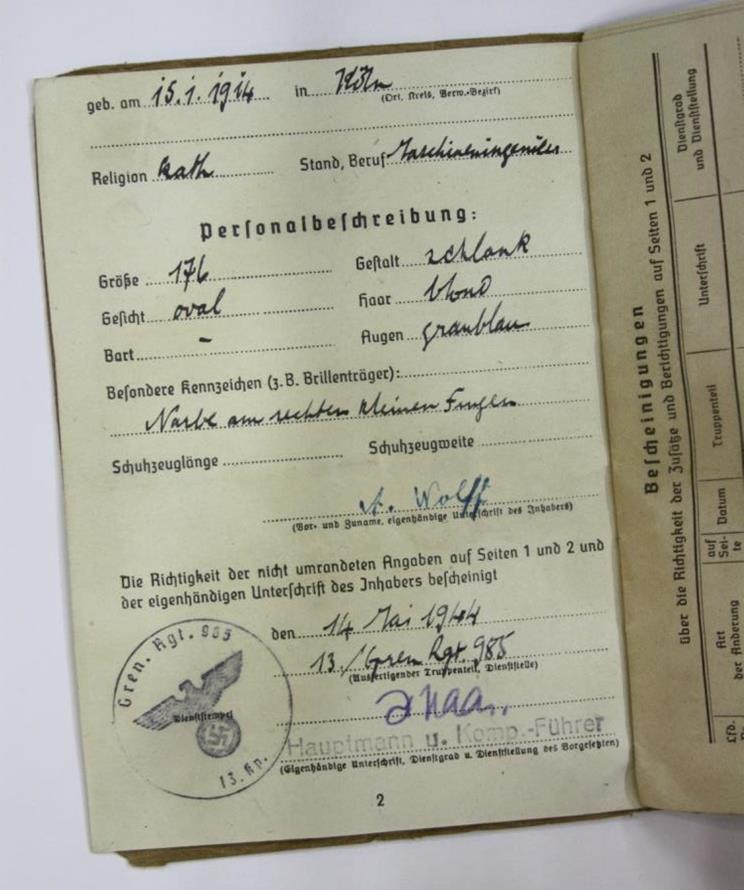 Inside a forged German ‘Soldbuch’, made for Alfred von Bovert. Signed ‘A. Wolff’. Catalogue reference: HS 9/193/4.

Once ‘rehearsals’ were over, agents would be ‘cast’ in a role abroad. Usually the agent would have to learn a false identity and back-story – though it was often partly true, to help with recall (and verification, if needed). Still, poor grasp of a cover story could turn a routine inspection into arrest by the Gestapo. Acting like they belonged, agents carried secrets behind a mask of normalcy.

To complete the deception, agents were issued with faked identity documents. The HS 9 Project has recently released a remarkable example. SOE sent a small number of Germans back into Germany as undercover agents – a dangerous role to play. Alfred von Bovert was one of them. His personnel file contains a remarkable example of a faked German ‘Soldbuch’, or army pay book. Whether it was forged from scratch or doctored from an existing item, it was certainly produced by SOE to provide convincing cover as a loyal German soldier – von Bovert signed himself ‘A. Wolff’ inside.

A good performance could lead to many encores. Agents in enemy territory had to play their part to perfection, every day. The act saved their lives, allowing them to carry out their missions, whether they involved surveillance, building a ‘circuit’ of operatives, or sabotaging enemy facilities.