The Designs Registers, part of the Board of Trade (BT), contain almost three million British patterns, designs and trademarks from 1839 until 1991 and are one of the most visually captivating collections at The National Archives. Among the drawings, sketches and material samples of designs, a wide variety of photographs have been found in the registers. Being a new and innovative medium in the 1840s, photography found use in many applications other than portraiture and landscapes. The Designs Registers are a representative example of how photography was used to illustrate copies of products’ designs for copyright protection. 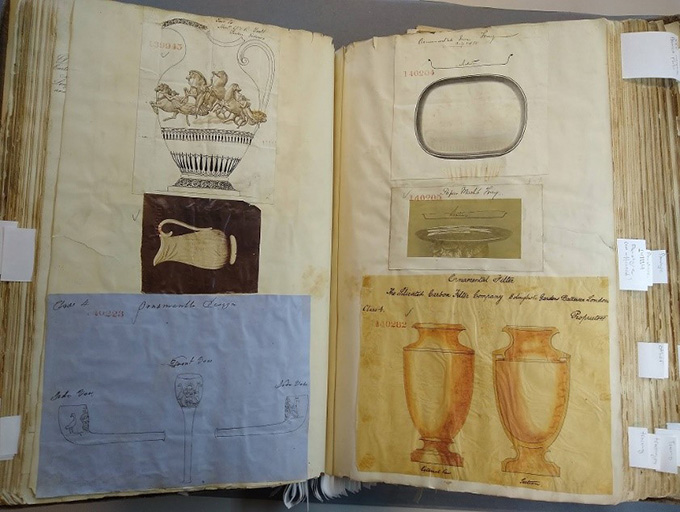 While working on the conservation of an early volume from the 1860s (BT 43/67), we encountered ten photographs on a thick black support. This is an unusual find, as most of the photographs in the same volume are albumen prints, which are made on a paper support. All ten photographs depict ceramic houseware but unfortunately not all of them are visible, as pieces of paper from the designs on the opposite pages tore and became stuck on the surface. 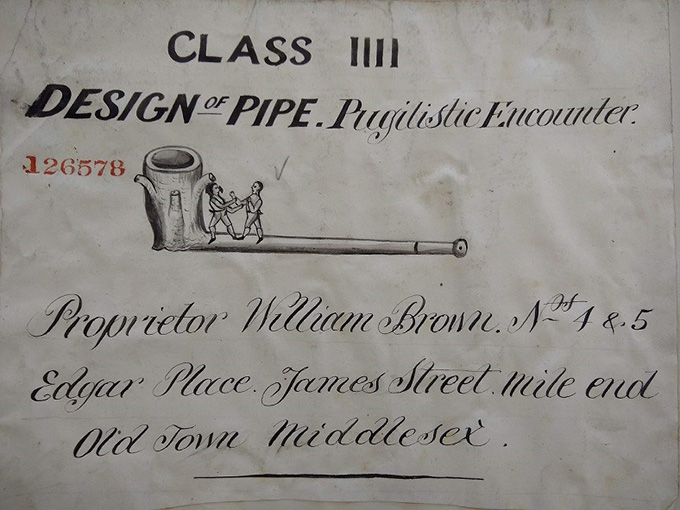 The questions started immediately – what photographic process was used to create these images? What caused them to stick on the opposite designs? Closer observation under the stereoscope revealed that the black support has a canvas-like surface and is relatively flexible. This suggested that the photograph is on a textile support. Could these photographs be pannotypes?

Albumen prints are very commonly found in historic collections and archives. The albumen process was introduced in 1850s and was one of the most popular photographic processes in the second half of the 19th century. The photographs were made on a very thin paper that had previously been coated with albumen (or egg white) that contain silver particles, which makes up the image. 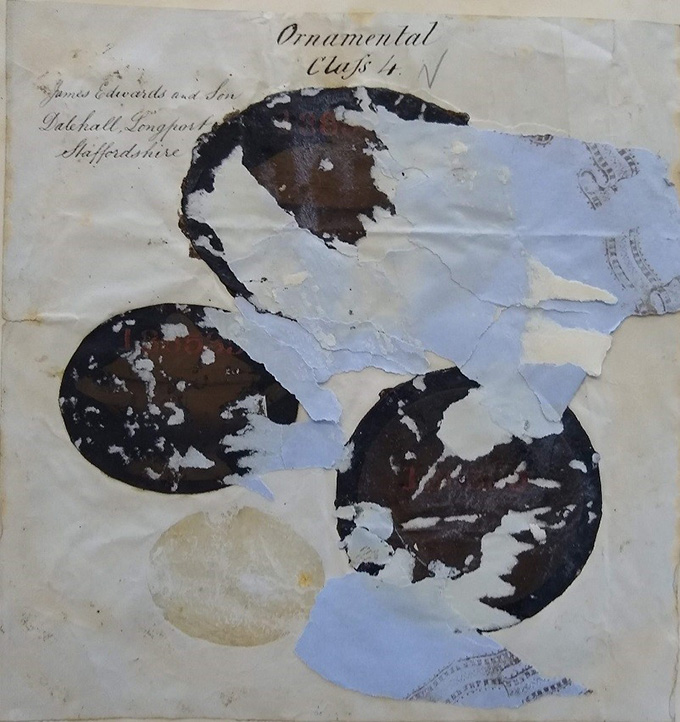 Pannotype is a very different process. It was introduced by the firm Wülff and Co. in 1853 and used until the early 1880s. The name originates from the latin word ‘pannos’, which means cloth or rag. The images were made of silver particles suspended on a very thin layer of collodion, which was then deposited on a black textile support. This process was an alternative to photographs on fragile supports like glass (ambrotypes) or metal (tintypes); as a photograph on a fabric was much easier to carry around and could easily be inserted on the page of an album or book. It was used mainly for portraits, especially by travelling photographers. 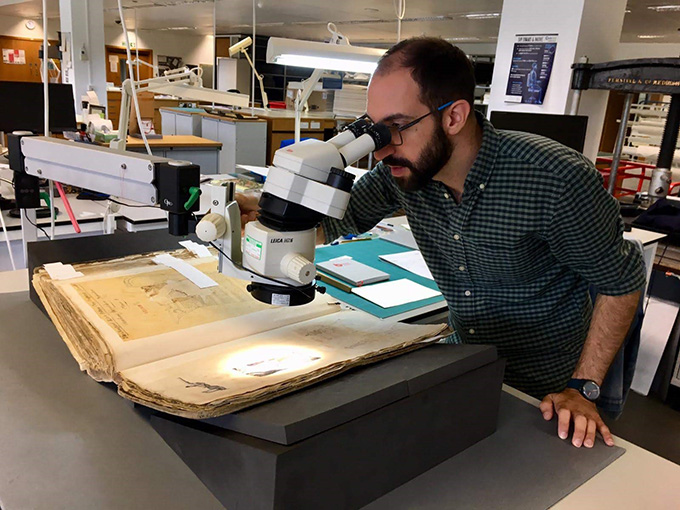 Examination of a pannotype print under the stereoscope

The conservators and the science team in the Collection Care department at The National Archives are currently working together to analyse the materials of these ten photographs in order to verify the process and plan for their preservation. Look out for a follow-up blog outlining the results of the analysis.

B Lavedrine, ‘Photographs of the Past, Process and Preservation’, Getty Publications, Los Angeles (2009)
D Monckhoven, ‘A Popular Treatise on Photography. Also a Description of, and Remarks on, the Stereoscope and Photographic Optics’. Virtue Brothers & Co. London (1863)