The Empire: A case study in records appraisal

Question: How does the Government know which records to send to The National Archives?

Answer: Through a process of ‘appraising’ records to identify those likely to be worthy of keeping forever. Sounds simple, doesn’t it? But when you consider how much digital information is created everyday across every Government department and agency, how do you do this without reading every single file?

To explain this process, I’ve prepared a short case study, one which is slightly more abstract than the normal ‘Department X’ or ‘Agency Y’ scenarios. Based on the feedback we got on the Information Management in the Movies piece last year, and in honour of 4th May later this week, I’m officially revisiting Star Wars. 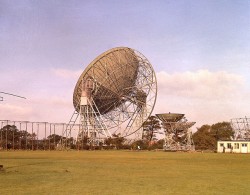 The fictional ‘Galactic Empire’ employs thousands of staff, has extremely wide ranging functions and must therefore generate huge volumes of records. How would it decide what to send to The National Archives? Let’s find out:

By analysing the functions of an organisation, you can start to understand what ‘types’ of records are created, and what purpose they serve. Knowing what the core objectives of an organisation are is a good start in order to locate collections of valuable and historically ‘unique’ records. For example, one of the strategic aims of the Galactic Empire is to Maintain order in the Galaxy, an objective that translates into the following five policies:

1. Establish, administer and enforce the law in all systems of the Galaxy

5. Turn Luke Skywalker to the Dark Side of the force

By understanding these objectives, you can start to translate this context to the file plan and records collections of the organisation. This will identify ‘core’ functions, allowing you to ignore records created through ‘common’ business activities – for example every organisation, even the Galactic Empire, will have departments for HR, Facilities, Catering etc… Records with the highest historical value will be created as a result of unique business objectives, and which give researchers a clear idea of what the organisation did and why.

I hate the phrase ‘quick wins’, but if you’re looking for records which outline the strategic direction of an organisation, then the records of key committees and councils are a good place to start. Therefore try to identify committees relating to statutory functions or high level governance, and target minutes and associated papers to send to the Archives.

Within the Empire, for example, you may consider the papers of the Imperial Ruling Council or the Diet of Imperial Planetary Governors as having a good overview of the key decisions made at the time. In terms of structure, records that show how an organisation was created, merged, dissolved or privatised are also important for researchers who want to chart how Government operated at the time. The ‘Declaration of a New Order’ and ‘Imperial Charter’ are key documents for the Empire for example, as they essentially outline its statutory functions, powers, and responsibilities.

Individuals or events of significant contemporary interest or controversy

A key strand of The National Archives’ Collection Policy relates to how the state interacts with the lives of its citizens. This is particularly important when you think about how the Government interacted with some of the highest profile events and individuals over the last 20 years. In terms of ‘historical value’, researchers will want access to key records from organisations that were the lead on the Government response or action on such events.

For the Galactic Empire, you could chart the following ‘key events’ as those which would interest future researchers:

1. Anakin Skywalker turned to the Dark side of the force

4. The destruction of the original Death Star

5. Identification of rebel base on Hoth

You could also identify significant individuals or positions within an organisation which are likely to generate or interact with key records. Records with Ministerial input for example may indicate that a topic is complex, or that records set a precedent for the way an organisation works. Within the Empire you’d most likely look out for input from the Emperor, Darth Vader, or someone like Admiral Piett.

In most cases in the UK, publications such as annual reports are sent to the British Library and do not need to be duplicated at The National Archives. We do however routinely capture snapshots of all Government websites into the UK Government Web Archive, which means publishing documents online is a great way to support transparency and transfer digital records into our collection.

Whilst I’m not familiar with the published guidance of the Galactic Empire, I can only hope that they’d include pieces like ‘Ewok Attack: Your vicious teddy bear enemy’, and ‘Security Check Points: These are the Droids you’re looking for’…

Thanks for reading! The case study here is a bit of fun, but the approach to understanding what records you have, and which will hold historical value is exactly the same. For non-Star Wars related guidance and information on records appraisal, have a look at our website.