The Templars’ ‘curse’ on the King of France 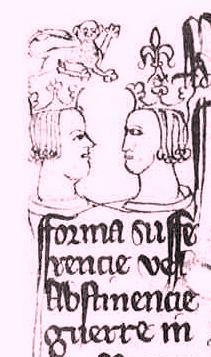 On this day 700 years ago Philip IV of France died. He was 46 and rumours circulated that his sudden death was God’s revenge on his destruction of the Knights Templar. The leaders of the Templars had been burnt at the stake the previous March by his command and it was said both he and the Pope were cursed by the Grand Master Jacques de Molay as he died. Here at The National Archives we have several records relating to Philip IV of France, and books in our Library which can help you to understand more about the period.

Philip IV of France was an enigma. He was tall, blonde and handsome (hence the nickname ‘Fair’) but aloof. He was born in Fontainebleau in 1268, the second son of Philip III. His childhood was not the happiest. His mother died when he was three and  his stepmother, Marie de Brabant,  allegedly preferred her own children to Philip and his brothers. When Louis (Philip’s elder brother) died in 1276 his step-mother was accused of poisoning him but was acquitted. This episode is explored in Elizabeth A. R. Brown’s article The Prince is father of the King: the character and childhood of Philip the Fair of France.  When Philip became King there was little contact between them.

Philip the Fair’s character is elusive as smoke.  There is limited evidence about his personality but I found a celebrated biography The reign of Philip the Fair by Joseph R. Strayer  helped illuminate how his enemies thought of him. One, Bishop Saisset compared him to an owl who simply stared at people but couldn’t speak to them and  was controlled by his ministers’ decisions.  Yet Philip was also said to be good at getting his own way and could be terrifying to those who crossed him. For example the brutal treatment he meted out to the Templars and to his daughter-in–laws’ lovers, whose adulterous relationships were exposed shortly after the ‘curse’ had been sworn. Their fates could only have been sanctioned by the King.

Edward I as Duke of Aquitaine was a vassal of the French King. A raid by Gascon sailors in 1294 gave Philip the opportunity to go to war with England. Edward I sent his brother to dissuade Philip from war. Philip deceived the English over the terms for peace, one of which was he would send a token army to Aquitaine. In fact Philip sent a large army to the Duchy and would not give Edward safe conduct to go to Gascony and defend his interests. Edward renounced his allegiance to the French King and war broke out between both countries.

No-one is sure why Philip provoked this war with Edward I. Was it a way for the youthful King (still in his twenties) to try to bring his greatest vassal and elder statesman to heel? Edward was about 55 years old at the time. It was rash act for a supposedly cold blooded King.

Eventually a peace treaty of 1303 ended hostilities (E 368/69m.54). It had unforeseen ramifications. Part of the treaty involved Philip’s daughter Isabella marrying Edward’s son and heir, the future Edward II. This led to a period of peace between the two countries but also gave their son Edward III a claim to the French throne, one of the major causes of the Hundred Years’ War.

Request by the Pope to Edward II to arrest the Templars. Catalogue reference SC 7/10/40.

Philip is best remembered for his conflict with Pope Boniface VIII and the Knights Templars. In 1296 Boniface issued a Papal Bull which prohibited taxation of the clergy without the Pope’s approval. He had to retract this under pressure from Philip and Edward I. Gossip began to circulate that Boniface was guilty of heresy, simony and even murder. Philip lapped up these stories. The Pope in 1301 prohibited the French King from taxing the clergy and tried to summon the French clergy to Rome to discuss the French church. Philip responded by calling nationwide assemblies which promised to have the Pope tried for heresy. This culminated in the Pope being arrested in Anagni (Italy) by agents of the King of France. After two days Boniface was freed but the elderly man was shaken by the experience and died a month later.

Another Pope Benedict briefly ruled after Boniface and then Clement V became pontiff in 1305. He was pro-French. He even moved the Papacy to Avignon. 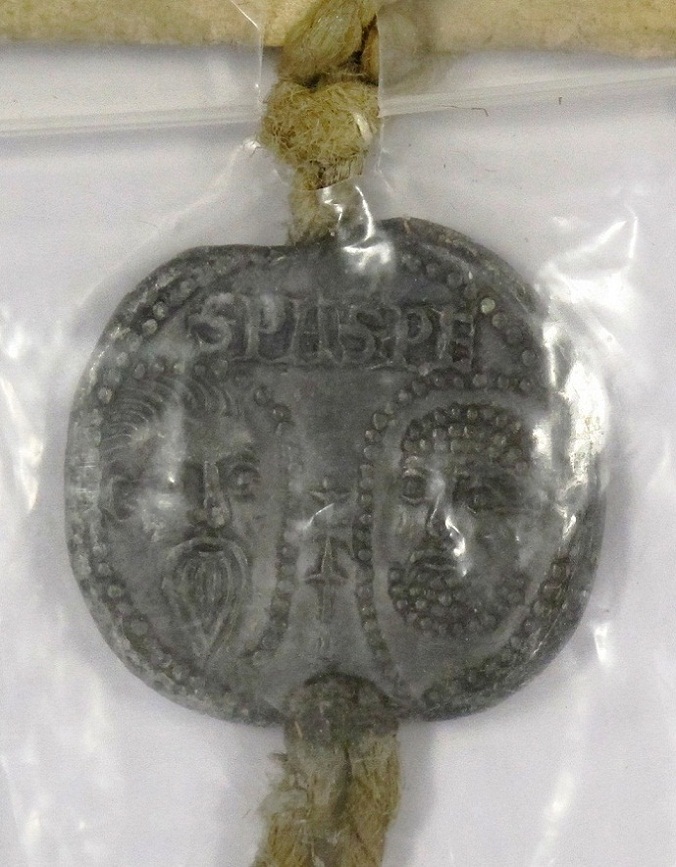 Philip, because of his wars with England and Flanders, was chronically short of money. This led him to look at the Templars who were a very wealthy order in France and who pledged their allegiance to the Pope above the King. Again alleged heresies began to circulate about the order for example; they worshipped an idol and spat on the crucifix. I found much interesting detail on the alleged heresies the Templars were said to follow in the book, The trial of the Templars. Clement V at first tried to fight these charges but eventually succumbed to pressure from a determined Philip (SC 7/10/40). The Templars in France, unlike the ones in England, were subjected to torture and so often confessed to these heresies. There was shock throughout Europe when all Templars were arrested in France on the same day in 1307.  By March 1314 the last of the Templars were burnt at the stake, supposedly cursing the Pope and Philip IV that they would both die within the year.

The Pope died in April 1314. According to the book, The Knights Templars the Pope’s body was placed in a church overnight and the church caught fire and the body turned to ashes.  Philip’s last year was troublesome. He found out two of his daughters-in-law were committing adultery. Their lovers were brutally put to death in the market square at Pontoise and the women were thrown into prison. His rigid morality could not cover up the scandal. In November Philip suffered a stroke while out hunting and died soon after at Fontainebleau.

His reign helped to enhance the borders and governmental structures of France but his three sons followed him in quick succession as Kings in their own right and his Capetian line died out in 1328.

If you are interested in reading more about the subject, I’d also recommend these books from our library:

Alan Forey, The military orders from the twelfth to the early fourteenth centuries(London, 1992). 271.791FOR