Home > Blog > Suffrage Tales: a new animation based on our records

Suffrage Tales: a new animation based on our records 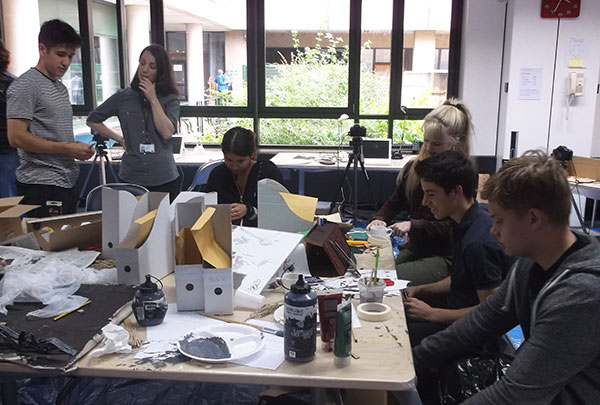 ‘Suffrage Tales has inspired me to believe these tales of suffrage should be transferred to our generation, giving us the inspiration to struggle against something that limits us or our liberty.’

As our team helped Nigel Kellaway and Kate Sullivan remove huge sheets of tarpaulin from the floor of the conference suite on 4 August, it felt both satisfying and exciting that we had come to the end of our film-making week. This is the second year that funding from the Friends of The National Archives has made a project of this kind possible for us. ‘Suffrage Tales’ is a stop-motion animation film created by a group of 14 young people in response to records held at The National Archives.  As the power of the vote comes under scrutiny and provokes debate nationwide, this project throws light upon the historical context of franchise in a uniquely refreshing way.  The young people drew upon a wide range of documents from the collections to produce a stimulating film which authentically conveys their own opinions on the history of the fight for women’s suffrage.

We invited young people with an interest in history and film to apply online.  The 14 most accomplished responses were selected by the Education team and so ‘Suffrage Tales’ began to take shape.

At an introductory welcome day in July, the young people studied documents which demonstrate the historical legacy of the fight for suffrage, such as Thomas Paine’s ‘The Rights of Man’ (TS 24/3/10) and the Handbook of the People’s Charter Union (HO 45/2410). They also explored records relating to suffragette disturbances (AR 1/528) and looked at our copy of the Representation of the People Act 1918 (C 65/6385).  We were very impressed by their astute questioning of the material and their ideas on how to translate difficult written material into stop-motion animation. 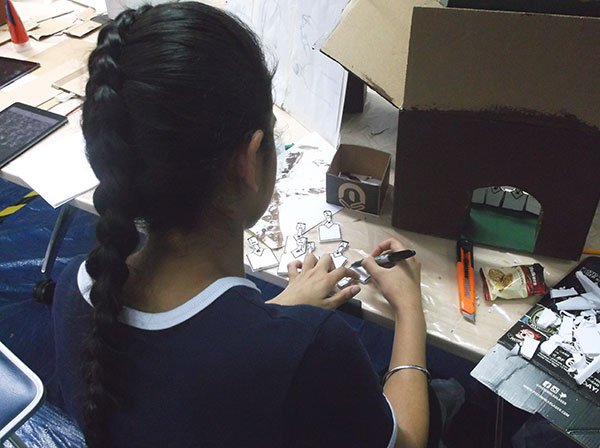 At the end of July, the group delved into more document research, guided by our Education team.  Yasmin said, ‘It really set us up for the project,’ and Sholto remarked: ‘It was an amazing opportunity to get up close with genuine original documents from the period’.  For many of the group, this was their first experience of working with original archival documents: for Jon it was ‘fascinating to see such old and well-kept documents’ and for Yasmin it was ‘one of the best parts’ of the week.

Their comments demonstrate the Education team’s driving ethos: the power that working with real historical sources can have on young people: research and interpretation do not have to take place only in the reading rooms.

The documents directly informed the content of the film. Jon explained, ‘It was really interesting to see how they reported incidents in “The Suffragette” and for me this was the best way to understand the movement and period better’ (CRIM 1/149/3).  Eva said: ‘The document about women’s lives made me want to show the variety of women who wanted the vote, which inspired my collage’ (T 172/110).  Yasmin said, ‘I knew the types of set pieces that I wanted to design,’ after looking at accounts of Black Friday in November 1910 in MEPO 3/203.  Sholto researched prison reports and photographs in AR 1/528 and HO 144/1205/221873 and learned ‘how intricate the planning was that went into the attacks’.

Various colleagues were on hand during the week, including our records specialist in diverse histories, Vicky Iglikowski: her knowledge and expertise helped the young people understand the context and nuance of the documents. 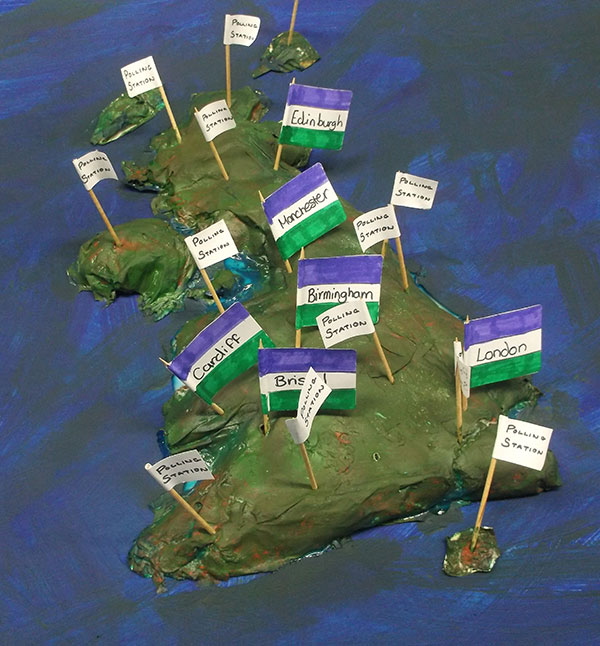 Even though some of the group had dabbled in film-making before, the experience of turning archival research into animation was a new one.  We were all impressed by the young people’s interpretation of the challenging content of the files, and how they were then able to translate it into a piece of art. The transformation from A4 sketches to 3D set pieces helped reveal the lesser-known stories of working-class suffragettes such as Annie Kenny and Lilian Lenton.  The film-makers also scripted their own voiceovers, combining lots of newly-developed skills. Nigel and Kate’s patience and calm heads kept things ship-shape and to deadline.

One of the best aspects of the week was bringing a group of young people into The National Archives – for some of them this was their first visit – and giving them creative freedom to interpret the records. ‘I had only heard of the Archives and didn’t really understand the scale and the range of documents,’ said Jon. Yasmin commented, ‘I was rather shocked by the great resources available at the Archives, which I previously was completely unaware of.’ The project has inspired Eva to carry on studying history and get involved in more creative projects, while Sholto was able to build his team-working skills and found a new respect for women’s struggles in the early-1900s.

The young people agreed that ‘Suffrage Tales’ is a special project because of the unique combination of history and film-making – and the significance of the lessons it teaches. In Sholto’s words: ‘It is important that people understand how we must never give up… when times become tough and threaten our freedom’.

Thank you to the Friends of The National Archives for their support of ‘Suffrage Tales’.

Suffrage Tales will be premiered in February 2018 and then available online, with complementary resources for teachers and students.