In a series of blog posts on medical technology in the First World War, we’ve attempted to cover many of the ways warfare influenced people’s lives well beyond the war itself. This month we focus on vision loss, and on convalescence homes during and after the conflict.

There are many reasons soldiers, and indeed civilians, lost their sight during the war. Some injuries were more immediate, such as shrapnel wounds, and others could be diagnosed long after the conflict, with blindness caused by mustard gas being reported 20 years after the war’s end. 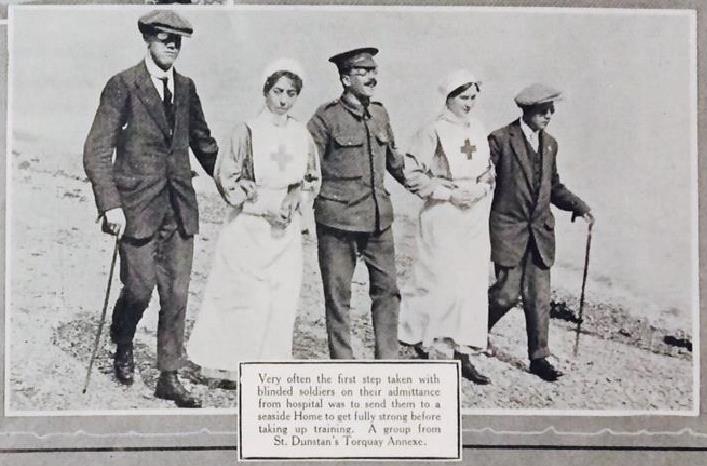 In 1914 St. Dunstan’s Hostel for Blind Soldiers and Sailors was founded by Sir Arthur Pearson, author of Victory Over Blindness. A year later it moved to a property in Regent’s Park. The idea was to provide a hostel where ex-servicemen would go after they had received hospital treatment to ‘learn to be blind’. 1 The legacy of the war meant that in 1921 men were still waiting to be accomodated, with 57 men awaiting admission. By 1929 there were still two thousand men in their care. The intake included 103 colonial ex-servicemen who were trained during their time at St Dunstan’s. 2

The emphasis of the organisation was training, which often involved varying forms of technology that enabled the men to utilise their skills. This included adapted typewriters and telephones, with standardised assessments to encourage employment. St Dunstan’s often found itself in the papers and, as a more understood form of ‘disability’, attracted public sympathy. 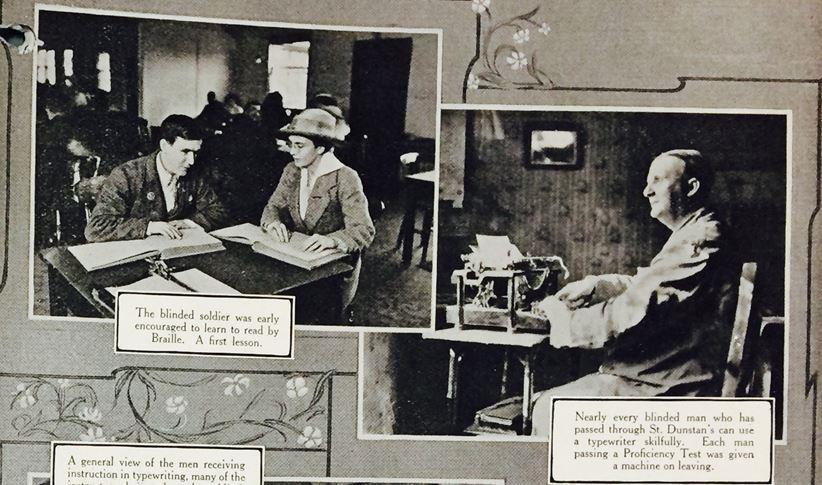 Not all blind people got this kind of treatment – as with disabilities more generally at this time veterans were in a unique position of being seen as particularly deserving of support. Julie Anderson has remarked that ‘Blind people were the most politically active disabled group during the immediate post-war period’. In 1920 there was a march of 250 blind people in support of the passage of the Blind Persons Act, 1920. None of the men from St Dunstan’s were claimed to have been involved. 3

Numerous pension files detail the experience of men at St. Dunstan’s, including several annual reports. A treasury file also explains more peripheral concerns around convalescence of blind ex-servicemen. In 1918, concerns were raised about the taxation on good arriving into the country. The goods consisted of 800 braille watches sent from Switzerland for the men of St Dunstan’s given by the National Association of Goldsmiths. 4 An original watch can be seen in the Imperial War Museum’s collections. 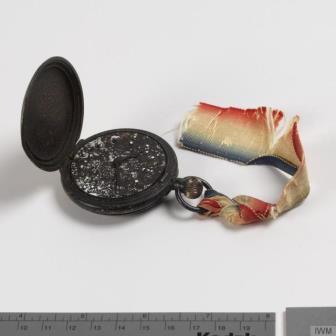 The file shows the importance of being seen to support veterans – with Bonar Law, at this time Chancellor of the Exchequer, writing to the organisation to state the Prime Minister could not waver the law to change the payment, but had arranged the duty to be paid from a special fund. Clearly gestures such as this from the government were seen as important to morale among ex-soldiers injured in the war.

However St Dunstan’s was not without controversy. In June 1923 The National Union of the Professional & Industrial Blind of Great Britain and Ireland complained that St Dunstan’s was undermining the professions of blind workers by putting their work on the market for less than the cost of production. It was voted on at conference:

‘This Conference vigorously protests against the action of the authorities of St. Dunstan’s in placing goods, more particularly mats, upon the market at prices considerably below the cost of production… merits the strongest condemnation and we urge the competant authorities to make a thorough investigation’ 5

A letter regarding St Dunstan’s however notes the ultimate positives of the organisation, not only did it look after blinded veterans but it was a factor in changing public awareness of people living with blindness. In the aftermath of the First World War this appears to have been St Dunstan’s key legacy. 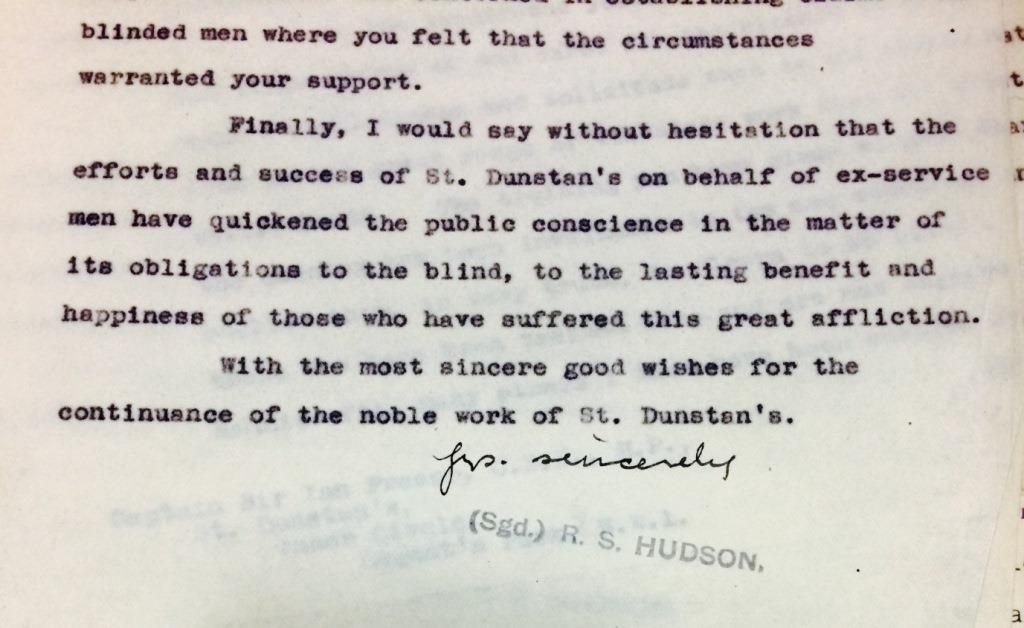 Letter regarding the legacy of St. Dunstan’s (catalogue reference: PIN 15/1060)

Look out for our Disability History Month Keeper’s Gallery display from 1 December, on the theme of ‘First World War: Impact on Physical and Mental Health’. It will display a cross section of the items we hold on these themes. 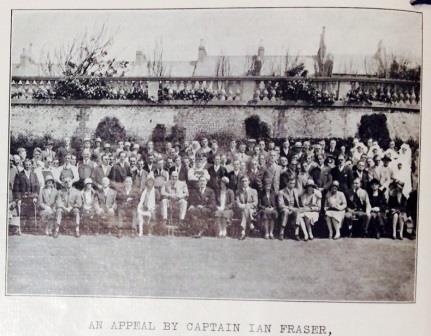