Files released today at The National Archives reveal the inside story of Juan Pujol Garcia, codenamed Garbo, the most remarkable of Britain’s Second World War Double Cross agents. The files show how he fed misinformation to the Germans in order to deceive them about Allied intentions on a number of topics, most notably the timing and location of the D-Day landings.

They also reveal the price of this success, particularly on Garbo’s young wife, who had been an integral part of setting up the espionage network and yet soon came to be seen as the biggest threat to its success. 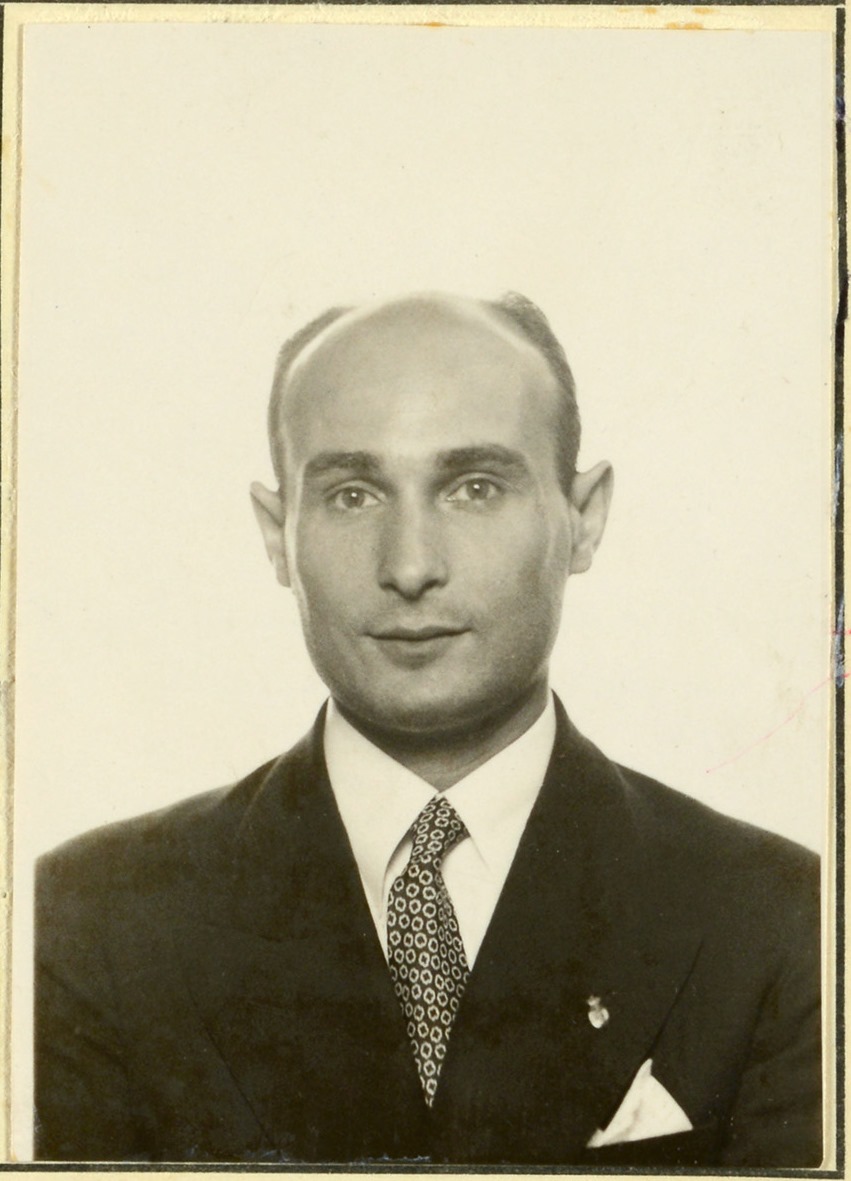 Garbo, unlike virtually all other Double Cross agents, was not originally a German spy. Instead he started out on his own, working in Lisbon, feeding the Germans information he made up from the few maps and guide books he had available. Garbo’s wife, Araceli, played a vital role in the setting up of this deception. She personally delivered some of Garbo’s earliest messages and through some excellent acting helped convince Garbo’s German handlers that he was spying in England, when in fact he was living quietly in Portugal.

From the outset it was clear that Garbo could not run a deception network on his own and he was keen to establish links with the British intelligence services. Unfortunately, although perhaps unsurprisingly, the British embassy officials in Lisbon and Madrid were less than impressed when he approached them unheralded and offered his services as a spy.

It fell to Aracelli to establish the connections which would turn Garbo from being one man’s dream into one of the most successful spies of the war. Unknown to her husband she made contact with Edward Rousseau, the American Assistant Naval Attaché in Lisbon. Rousseau, unlike his British counterparts, believed Mrs Garbo’s story and despite further setbacks, Garbo eventually came to the notice of the British intelligence services (KV 2/4190). 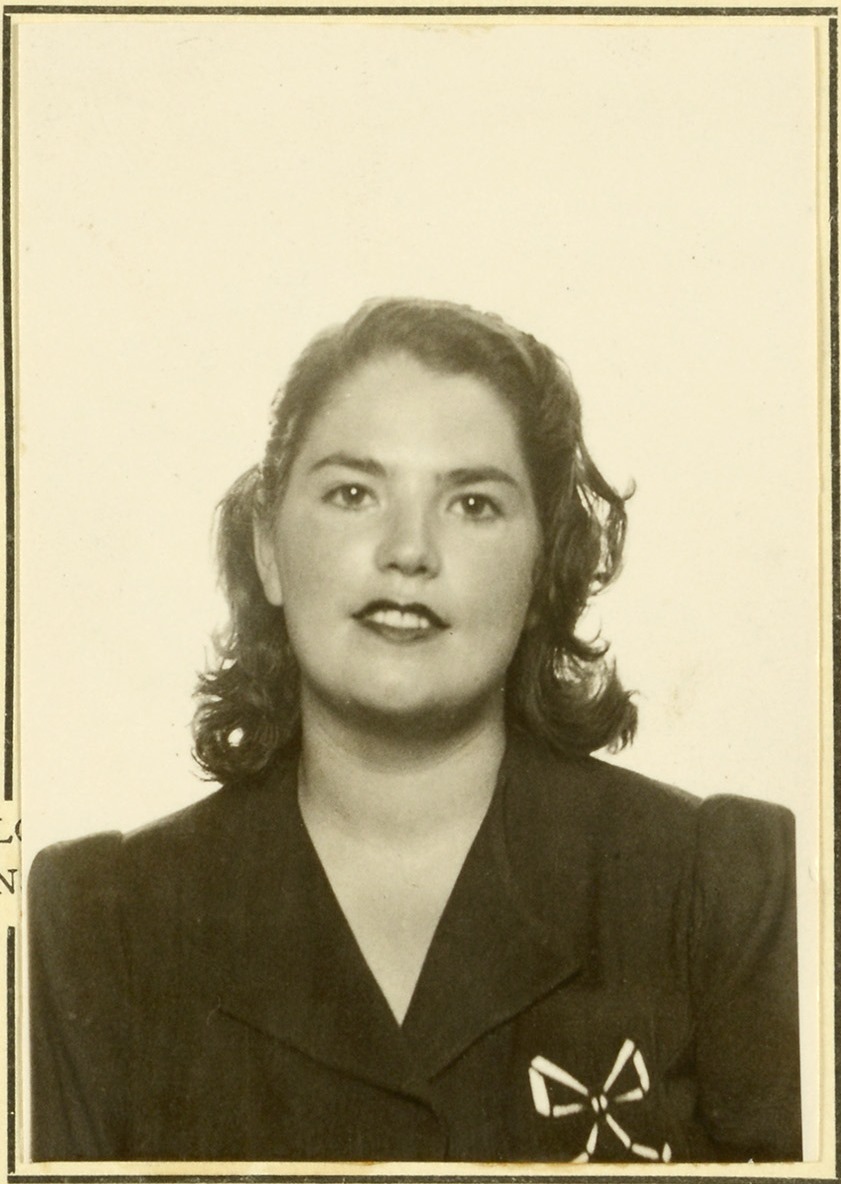 Garbo was rapidly moved to England for his own safety and to facilitate his work, and it was natural that his pregnant wife and their first child should come with him. From the outset this caused problems. Neither Garbo, nor his wife spoke English, and whilst he spent long hours every day with his bilingual case handler Tomás Harris, she was left alone, increasingly homesick. This was not helped by the fact that MI5 were vehemently opposed to Mrs Garbo making friends among the Spanish community in London, as this was felt to be heavily influenced by the pro-German Spanish intelligence service. Harris reported after one meeting that ‘she grumbled that she had not a single friend here, that her husband would not let her mix with Spanish women in London, nor correspond with her Spanish friends in Spain.’ (KV 2/4195)

The files reveal Mrs Garbo’s concerns over a number of small issues around food, domestic help, and care for her children which compounded as the MI5 officers dealing with the case struggled to understand or gather the resources to do anything about them (KV 2/4192). At the same time she was clearly cut out from any involvement in the network which she had been so instrumental in setting up.

These problems manifest themselves in increasingly erratic behaviour. At a dinner to celebrate their anniversary, Mrs Garbo told a concerned Harris that she had already developed grandiose plans to blackmail the Germans and ‘impoverish Hitler’. Recognising her mistake she retracted her comments later the same evening, but it helped to reinforce concerns MI5 held regarding her. 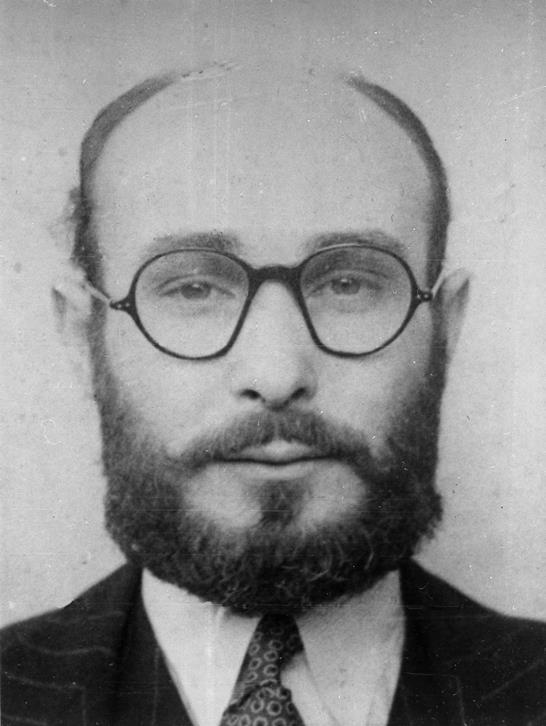 Through the middle of 1943 Mrs Garbo became increasingly upset and homesick. Harris wrote that:

‘she is a highly emotional and neurotic woman and therefore I have never definitely disillusioned her in her hopes that she might be allowed to see her mother before the termination of the war’.

She frequently complained, with some justification, that she rarely got to see her husband, due to the pressures of his work.

Desperately homesick and lonely, Mrs Garbo took matters into her own hands and demanded that she be allowed to return to Spain or else she would go to the Spanish Embassy and reveal all. This led to a major argument between Garbo and his wife, and concern for MI5. British intelligence officers realised they needed to do something to address the security risk and initially came up with the plan of supposedly cutting ties with the Garbos, and getting him to continue work unbeknownst to his wife.

Garbo himself came up with the much more radical plan that they put into action. Garbo together with MI5 would pretend that he had been placed in prison because of his wife’s actions and the security threat it posed. When informed Mrs Garbo went through the full range of emotions, contrition, anger and then despair.

Later that evening she made a desperate call to the MI5 wireless operator who worked with Garbo. He came round to the house to find ‘her sitting in the kitchen with all the gas taps turned on’. She demanded he left but instead he went out into the garden and later recalled that ‘during the next hour and a half I found her sitting in the drawing room with both gas fires turned on, on two separate occasions’. Summing up the officer concluded that ‘there was a 90% chance that this was mere “play acting”, but she was some times in such a nervous state that there was the 10% chance of [an] accident’ (KV 2/4200). 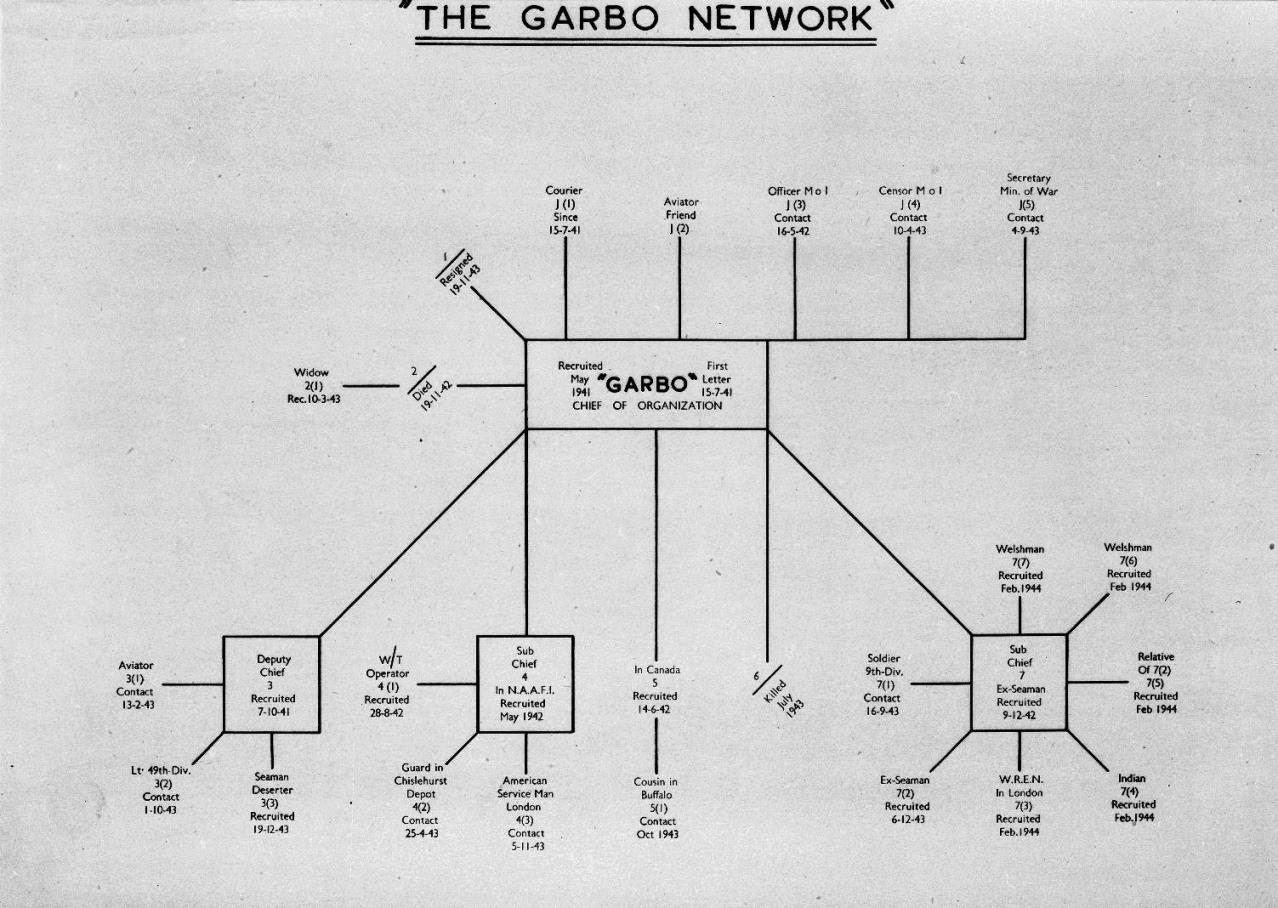 Tommy Harris’s report on the incident shows that MI5 took a harsh line on Mrs Garbo’s behaviour. He wrote that:

‘she thought that if she could lure him [the wireless operator] round, that she would terrify him by a pretence of suicide; that when he reported to us, as she had anticipated, in panic, she would have called our bluff and we would come running up to her.’

As it was, the security services continued with their pretence of Garbo’s incarceration. Mrs Garbo was forced to give a statement in which ‘she admitt[ed] that all the blame attaches to her and that she will not do anything in future to jeopardize the work being done by her husband or cause embarrassment to the Office.’ To add authenticity Garbo himself penned a fake statement which he was supposed to have made to a Tribunal into the case. One MI5 officer admiringly minuted that it had ‘shades of Pericles!’

Garbo was therefore ‘released’ on the understanding that Mrs Garbo would do nothing further to interfere with the spying work being carried out. Although Mrs Garbo’s direct agitation to return to Spain stopped following her husband’s elaborate deception plan, it does not appear that she was any happier. Despite her vital role in establishing Garbo she was cut off from any involvement in the case and isolated from much external contact.

These files document much of the extraordinary success of Garbo as an agent, however they also reveal the human cost. In this case it was Garbo’s wife who paid the greatest price for her husband’s work. At the height of a bloody conflict it is easy to understand why Garbo and MI5 took such a tough line, but it is difficult not to feel sympathy for Mrs Garbo, and admiration for her role in one of the greatest deceptions of the 20th century.