Spies and scandals in MI5 files

Spies, scandal and Marxist historians. Not a combination that usually goes together, but today’s release of the latest MI5 files reveals all this and more. For over a decade MI5 have regularly been releasing files which offer a fascinating insight into twentieth century British history, and the current batch are no exception. From a British agent posing as a member of the Gestapo, through a dissolute and inept Spanish spy to the politics of some of the most influential twentieth century British historians these records highlight extraordinary stories which have until now been buried in the Secret Service archive.

At the MI5 release in February one file attracted particular attention. The story of how the British double agent ‘Jack King’ fooled potential Nazi sympathisers in Britain by pretending to be a Gestapo agent captured the imagination. There was intense speculation as to the true identity of this unsung hero of the Second World War and it was widely concluded that Jack King was in fact John Bingham, one of the inspirations for John le Carré’s fictional figure George Smiley. The files released today reveal Jack King’s real identity to be the previously unknown figure of Eric Roberts. It is apparent from the files that Roberts was well known to the spymaster Maxwell Knight and in 1940 he was called up from his position working for Westminster Bank. In a wonderful exchange of letters Col. Harker stated that he was anxious to ‘employ him in my organisation at the earliest possible moment’. Mr. R. W. Jones of Westminster Bank agreed, but wrote cuttingly that ‘what we want to know here is – what are the particular and especial qualifications of Mr. Roberts – which we have not been able to perceive’ (KV 2/3874).

Despite this less than ringing endorsement from his former employer, Roberts was rapidly thrust into the dark world of British Nazi sympathisers. He was initially brought in to infiltrate a group of employees of Siemens Schuckert, a British subsidiary of the large German firm, Siemens. Through his skill and no little bravery Roberts managed to expand this into a network that amounted ‘certainly to scores, and probably to hundreds’ of Nazi sympathisers. This formed ‘the single most valuable source of information’ for a key section of MI5 (KV 2/3800). Through this work Roberts managed to channel the subversive activities of many sympathisers into harmless pursuits. In particular by falsely offering to transmit secrets to Germany he ensured that intelligence on key subjects such as Operation Window and the development of jet aircraft ended up with MI5 rather than in Berlin. 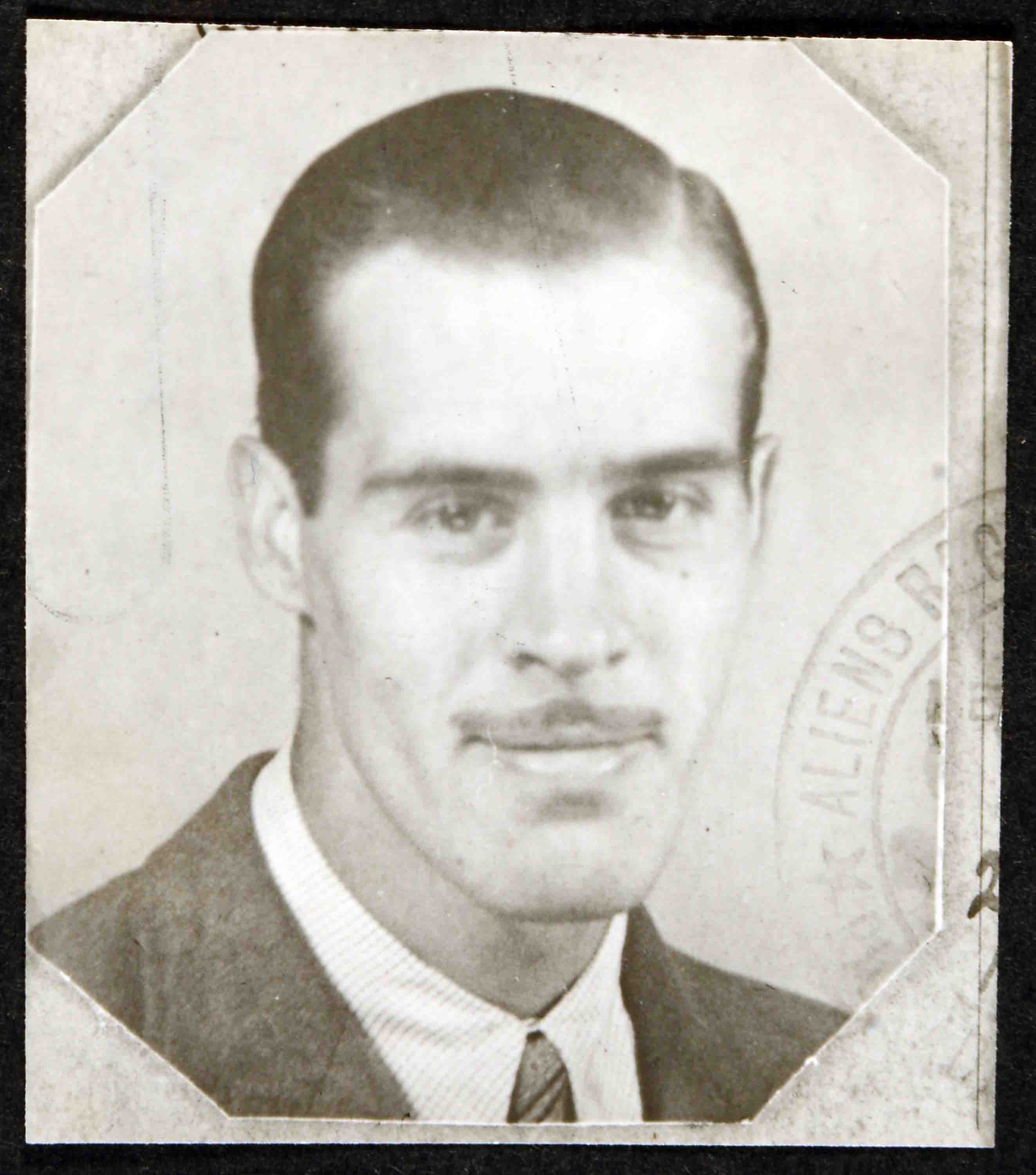 British double-cross operations also feature heavily in another of the files released today. Miguel del Pozo was a Spanish agent who came to Britain in 1940 under cover of being a journalist. At this time the intelligence agency in Fascist Spain had close links with the German intelligence services. It is clear from the outset that del Pozo was not cut out to be a spy. Almost immediately on his arrival the hapless agent made headlines when he gave an interview to a Daily Express journalist stating that he hoped Germany would win the war. He was not helped in his work when he was put in contact with a figure known only as G.W., who purported to be a radical Welsh nationalist looking to run a sabotage campaign. In fact G.W. was a retired detective working for British intelligence who fed del Pozo a stream of false intelligence whilst happily taking the money offered by the Spanish agent.

If del Pozo’s efforts to gather useful intelligence decisively failed it is clear he had success in other areas. According to the file, which contains surveillance reports and phone taps, the young Spaniard spent most of his evenings at the Café de Paris where his dashing looks and free spending way made him an instant hit with the ladies. Del Pozo’s nocturnal activities clearly met with the disapproval of the MI5 agents monitoring.

This moral indignation did not stop British intelligence from seeking to use this obvious weakness to their advantage. There are clear indications in the file that the British set up a honey trap operation using a young woman who had previously been involved in film work. Unfortunately it is not clear if the operation ever yielded results. Del Pozo’s dissolute behaviour had not gone unnoticed at the Spanish Embassy, particularly because he was financing his lifestyle from Embassy money. The Spanish government ordered him home and the bizarre situation came about where MI5 were attempting to delay del Pozo from leaving for as long as possible because he was a useful source of information on other German and Spanish agents. This colourful figure returned to Spain in disgrace and del Pozo volunteered for the División Azul, a Spanish force fighting along side the Germans in Russia. He was wounded on the Eastern Front in 1942 and received an Iron Cross for bravery (KV 2/3848-3853).

Hobsbawm and Hill were among the most influential British historians working in the twentieth century. Hobsbawm, in particular, went on to be a major public figure heavily involved in left wing politics. What the files released today reveal is that Hill and Hobsbawm had both come to the attention of the British security services many years previously due to their Marxist beliefs and association with the Communist Party of Great Britain.

From the 1940s onwards it is clear that MI5 were worried about the potential for Hill and Hobsbawm to influence their students and their links with communists sympathisers both known and unknown.  Hill was described in 1951 as being ‘one of the leading Communists at Oxford University’ where his activities were becoming ‘more overt and more pronounced’ (KV 2/3941). The files also chart the differing courses the men took following the Russian suppression of the Hungarian Uprising in 1956, an action which left many British communists disillusioned with the Soviet Union. Hill was one of those who saw this as a step too far, writing to another Communist Party member that ‘We have been living for too long in a world of illusions. It was a smug, cosy little world’. By contrast the files show Hobsbawm continuing his active association with the Party into the 1960s.

Find out more in our podcast.