As briefs for commissioned films go, at first glance this is not the most promising:

Object: To make clear that Local Government is a continuously extending system which has rapidly evolved over the last hundred years. There is no need that the emotional impact of the film should be more than this. 1

It’s perhaps no surprise that the resulting film – Local Government: A History in Pictures, released in 1949 – never became a hit. Fancy watching 11 minutes of black-and-white drawings, occasionally embellished with a touch of animated movement, covering the development of local government in Norwich? Even Alan Partridge might resist such tantalising clickbait. 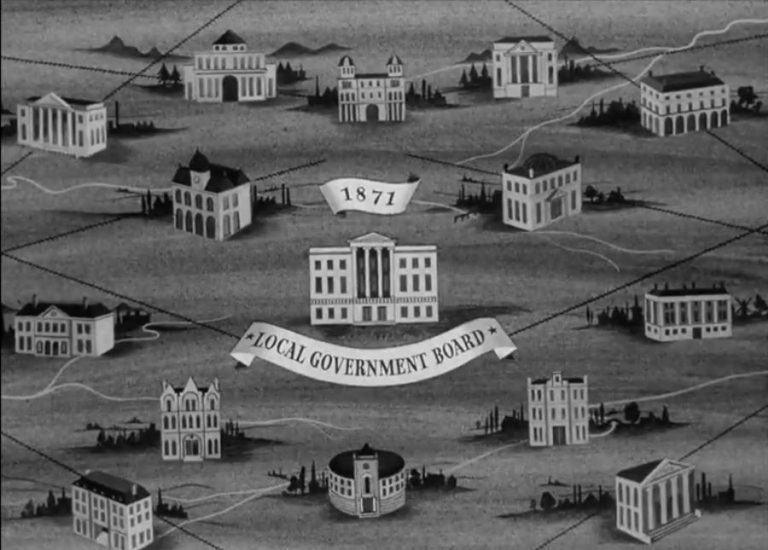 Would you watch this film?

But to overlook such films is to miss out on a fascinating period in British animated film-making.

The W M Larkins Studio is simultaneously one of the least known and most influential players in the history of British animation. It was founded during the Second World War by William ‘Bill’ Larkins, a Goldsmiths-educated etcher. He had spent time in the advertising industry in the 1930s where he oversaw the design of (among many other things) consumer icons such as the Black Magic chocolate box and the KitKat wrapper.

The company carried his name into the 1980s, but by the post-war period Bill had moved on; his sister Phyllis was more directly involved in running the studio. The family link and even her gender are disguised by her nickname and married surname – she is credited on this and other films as Phil Windebank. But the biggest influence on the look of early Larkins films was her co-art director, Peter Sachs.

A profile of Sachs written in 1952 described his influence at Larkins:

Peter insists on the label ‘Art Director’, but this is inadequate. Think of him as a spider, weaving the threads of ideas, words, voices, music, drawing, colour and continuity into the final web which will enmesh us. 2 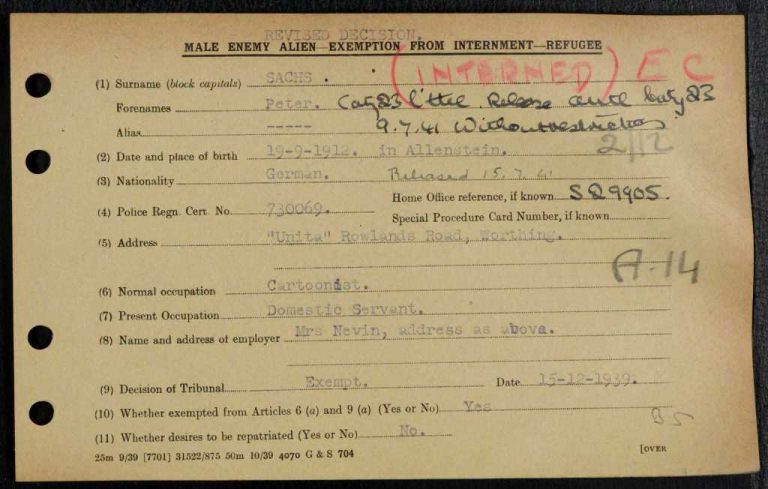 Until 1939, Sachs had worked in his native Germany with the ‘Puppetoon’ animator George Pal, but their Jewish background caused them both to move on. Pal went to Hollywood, where he would produce special-effects-laden blockbusters like War of the Worlds (1952). Sachs initially went to Worthing where he found work as a butler.

Local Government: A History in Pictures may seem a very old-fashioned film – but look again at the opening image. 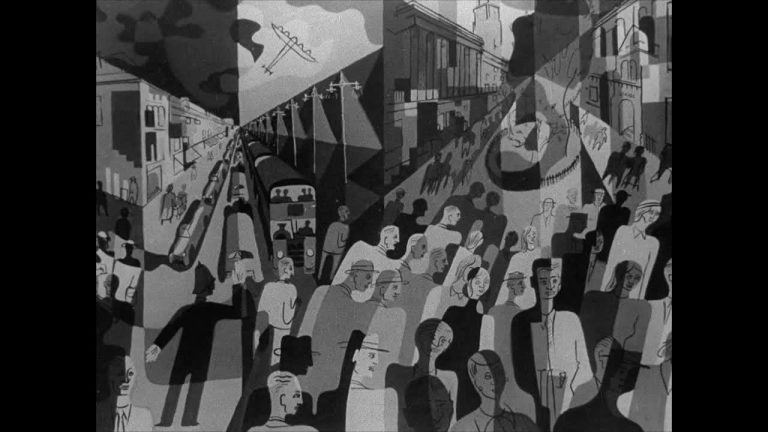 A modern city: some of the film’s artwork presents an innovative picture of post-war urban Britain.

It shows a cityscape verging on abstraction: angular and yet with a dynamic fluidity that confuses the eye by having not one but two vanishing points.

This painting may not be by Peter Sachs, but it is typical of the moments of experimental brilliance that pop up in every film he worked on. Under his influence, the Larkins Studio produced a series of remarkable and progressive sponsored shorts into the mid-1950s, embracing higher production values, colour and movement. But because this was all they produced, they are very little known: they never ventured into entertainment cinema.

The studio’s true legacy is in the generation of artists who were influenced by their time there, including Bob ‘Roobarb’ Godfrey and Richard ‘Charley Says’ Taylor. Both of these key figures were fundamental in teaching animation at art schools in the 1970s and 80s to the generation that followed them, passing on the flame.

Arachnophobes beware – trace the web of talent back even from today’s industry and you will find that it invariably leads to British animation’s original spider man. 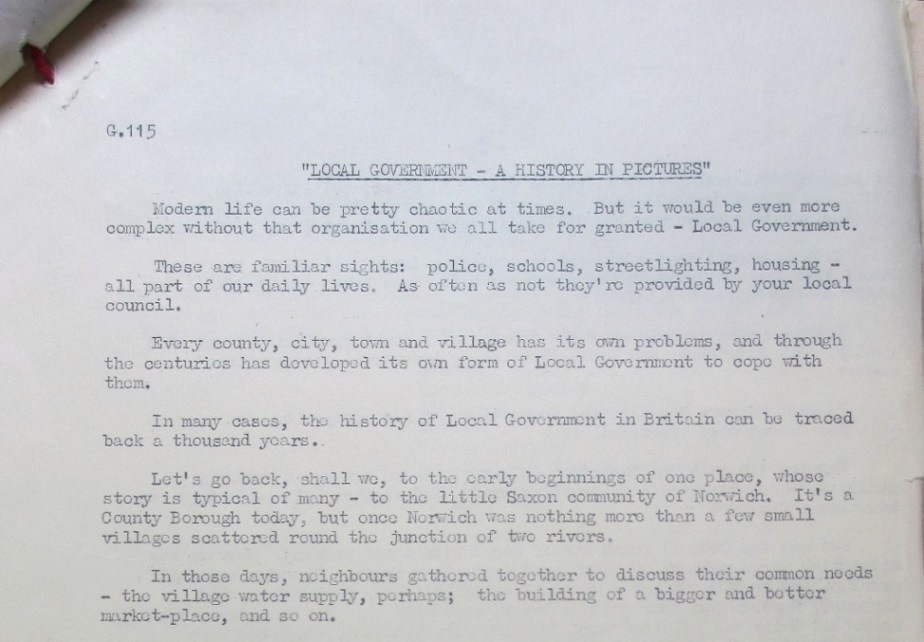 Films and the public record

Local Government: A History in Pictures is one of several thousand films that the British Film Institute (BFI) holds on behalf of The National Archives. These films were produced or sponsored by UK government departments and they are classed as public records.

These public record films are listed in BFI’s online catalogue. We have gradually been adding descriptions of them to our Discovery catalogue too, so that they can be searched alongside records held here at The National Archives and by other archives nationwide.

At The National Archives we have many written records that shed light on government involvement in films and film-making. These include Crown Film Unit files (series INF 5) and film production documents from the Central Office of Information and its predecessors (series INF 6).

Local Government: A History in Pictures has been digitised as part of BFI’s Unlocking Film Heritage programme. You can view it for free on BFI Player.