‘Our Special Agent’: ‘Fifi’ and the Special Operations Executive 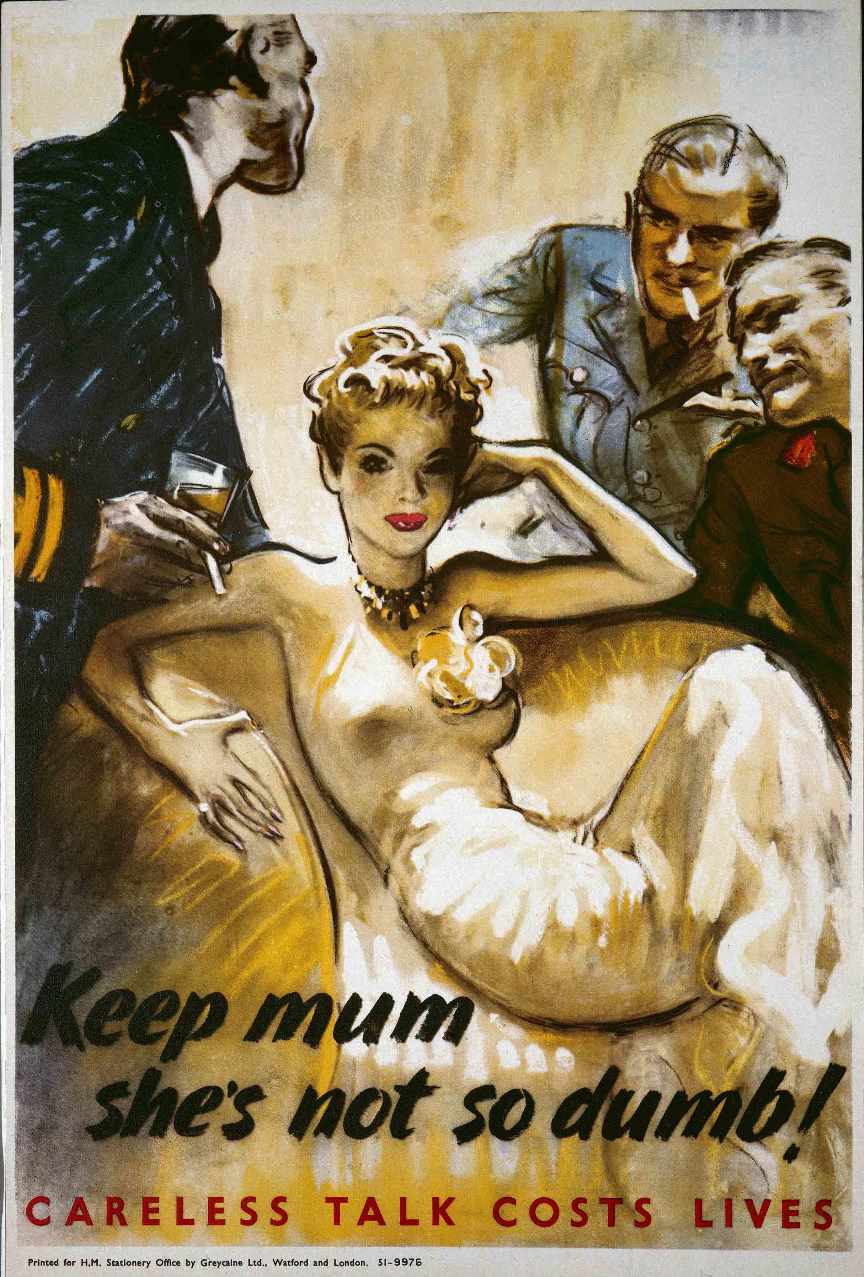 It’s an age-old question: just what should you say to a beautiful woman? The Special Operations Executive (SOE), Britain’s secret wartime service during the Second World War, tried to make this question even more tricky than usual for its agents-in-training.

‘Fifi’ is a legend of SOE, a symbol of seduction – not surprising, since she’s said to have bedded trainee agents to find out whether they talked in their sleep. 1 Her true identity is not publicly known, though some have tried to guess it. 2 Now, following a review of access to files in the HS 9 series under the Freedom of Information Act, the file for the agent known as ‘Fifi’ has been identified and is publicly available from today. Her name was Marie Christine Chilver (HS 9/307/3).

It would be easy to take the low road and wallow in gossip, but I hope to show that the real Fifi is far more interesting than her legend. Her file gives us a fascinating insight into SOE training and security, and into the character of a remarkable woman, known within SOE as ‘our special agent’.

What ‘Fifi’ did: ‘Provocation’ and Special Operations Executive training

Students would use the skills they learned at SOE’s security training school at Beaulieu to carry out secret training ‘schemes’ all over Britain, right under the noses of the public. The organisers laid traps: interrogation by the local police, or temptation to ‘spill the beans’ to a pretty young lady. Fifi played this part in the schemes. Prudence Willoughby, from SOE security, made necessary arrangements and briefed Fifi on her targets. 3

Fifi was sprung on the students by surprise. Expecting to meet some contact during their schemes, students were instead met by a stunning blonde – apparently, a French freelance journalist named ‘Christine Collard’ – offering them help.

Using her ‘unusual gifts of intelligence, courage, and assessment of character’, Fifi conversed with the students at length – and listened carefully. The more information she got from her ‘victim’, the better – or, rather, the worse for them. This was called ‘provocation’.

A brush with Fifi could mean a promising student’s downfall. José Tinchant (‘Tas’), a talented young Belgian, was well-regarded by his instructors – until Fifi came along. She reported the sorry details of their first meeting: ‘by the evening I had learnt practically all there was to know about him.’ Tinchant’s file reveals that he wasted much of his available time in Fifi’s company. Unimpressed, SOE ended Tinchant’s scheme – and his employment. 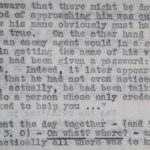 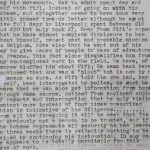 Excerpt from Beaulieu’s Evaluation of Tinchant. From HS 9/307/3. 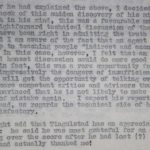 But Fifi was also serious and fair-minded in her work. In her encounter with a Norwegian student, Gunnar Tingulstad, she used Tingulstad’s embarrassment at being tricked as an opportunity for a serious technical discussion on security. Fifi noted at the end of her report, ‘he said he was most grateful…and actually thanked me!’ She was kinder than Tingulstad’s peers, who punished another transgression by throwing him into a nearby river.

‘Fifi’ and the evolution of ‘provocation’

Fifi was an important asset to SOE training at Beaulieu and to SOE security. ‘Provocation’ was an effective tool, and a necessary one – the foibles of one agent could, and often did, destroy whole networks of operatives. But ‘provocation’ had to keep evolving to stay relevant. Fifi ensured it did, with a mixture of intelligence, imagination, and wit.

Pouncing on the student from nowhere could backfire at times. It could skew the result, or even make the terrified student bolt. Fifi suggested a more subtle approach: a ‘chance meeting’. The student would meet their contact, who would recognise Fifi as a helpful former acquaintance and invite her over. The contact would later be ‘called away’, leaving the student and Fifi alone together. This became a standard tactic. 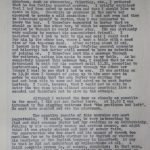 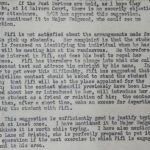 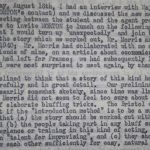 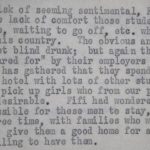 Student gossip quickly spread, warning about ‘the alarming experience they have had at Fifi’s hands’, or bragging that they ‘made a conquest’ of her. Fifi started to attend ‘post-mortems’ for the schemes, partly to get feedback on her contribution, but no doubt also to make a lasting impression. Students who bolstered their boasts by claiming that Fifi had a mole on her inner thigh got a nasty shock when she suddenly appeared, challenging them to find it again! 4 By the way, the most ‘intimate’ activity recorded in Fifi’s file is her time spent at a man’s hotel…hemming scarves. 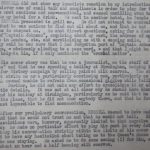 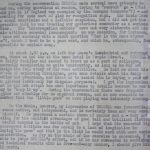 Fifi was not the only ‘Agent Provocatrice’: Winifred Elizabeth Davidson, whose husband was in Japanese hands, worked alongside Fifi for 18 months. However, Davidson had to be ‘let go’ when it emerged that she was still seeing her ‘victims’ after the exercises were over. Fifi, by contrast, worked to make herself more than a temptress: she helped SOE Field Security with interrogation training, for example. She even asked to be sent into France as an agent.

Although she was refused, John Senter (Head of SOE security) and MI5 spymaster Maxwell Knight both agreed that ‘she is a woman of outstanding capacity…if we were ‘Head of the Secret Service’ we should see to it that she got some long-term training to equip her as a high-grade agent’. This actually happened towards the war’s end, and Fifi progressed well. In 1945, Knight wrote a memo ‘On the Employment of Women as Agents’. One statement stands out: ‘a clever woman who can use her personal attractions wisely has in her armoury a very formidable weapon.’ 5 Maybe he had Fifi in mind.

Christine Chilver’s story is also one of adversity. She was born in England in 1920, to an English father and a Latvian mother. She grew up in Latvia, until she left to further her studies in French. In 1940, the Soviet Union annexed Latvia and took everything her family owned. Her mother and sister fled, penniless, into Sweden (as ‘Fifi’, Christine sent them money whenever possible).

Christine herself had the misfortune of being in Paris when Germany occupied France. She was sent to Besançon internment barracks. While there, she nursed other prisoners, and used her friendship with Besançon’s doctor to help British prisoners of war escape into unoccupied territory. 6 Yet, her foreign upbringing and private nature provoked mistrust. When she helped an injured young prisoner escape from France with her, she got little thanks: he called her ‘one of the expert liars of the world’.

As ‘Fifi’, Christine’s reports show us a witty, intelligent, insightful young woman. Stanley Woolrych, commandant at Beaulieu, respected her talents: ‘I should hate to be deprived of Fifi’s reports, which are as entertaining as they are acute.’ Some personal letters – excellent examples of a dry wit – also survive in the file, as does one remarkable article written to bolster her cover as ‘Christine Collard, French journalist’, on the romantic habits of Continental men. 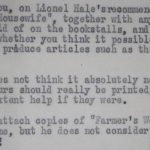 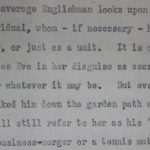 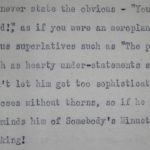 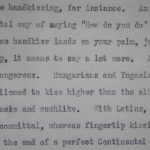 Christine was known to be stubborn, even stroppy – but with a strong moral sense. She made a lifelong friend in Jean Felgate, an SOE intelligence officer. Christine never married, and after Jean’s husband died, the two moved to the Wye Valley together. Christine won compensation against the Soviet Union for the property taken from her family, 7 and spent her life (and money) as a determined advocate for Animal Rights. She left a quietly inspiring legacy in Latvia, where she set up an animal charity and sanctuary, ‘Dzīvnieku Draugs’.

Christine died on 5 November, 2007. She was remembered by those who knew her as ‘one of life’s real good people’, but she has never been recognised for her remarkable story or for her outstanding contribution. Now that her file is public, this will hopefully change.