Home > Blog > One in six: the South Asian contribution to the First World War

One in six: the South Asian contribution to the First World War

Thursday 14 May 2015 | Alexa Phillips | Behind the scenes, Records and research | Comment

It’s not widely known that an astonishing one in every six people fighting under British command on the Western Front was from the Indian subcontinent. From 1914-1918 close to 1.5 million Indians served, fighting in all the major theatres of war, from Flanders’ fields in Belgium to the Mesopotamian oil fields of present day Iraq.

Because of this there are many connections to be made between Britain’s South Asian communities and the First World War. To explore some of these connections, a team from The National Archives went to Birmingham Library in April. William Spencer, our principal military specialist, and Jahan Mahmood, an independent military historian, gave talks about the South Asian contribution to the First World War, ranging from the official to the personal. The Heritage Suite at Birmingham Library was fully booked, and after the talks there were lots of questions for William and Jahan. You can listen to the talks on our Archives Media Player.

The discussions continued in the drop-in session that we held in the central rotunda of Birmingham Library, where Jahan set up his exhibition featuring Indian weapons and a uniform from the First World War. Many people who came to the drop in session had ancestors who had fought in the First World War in the Indian army, and they were keen to learn more about how they could trace these men and their experiences. Others were interested in the broader role of India in the First World War, and other countries in the former British Empire. Listen to some reflections on the day from people who came to the talks and drop in session in the sound clips below. 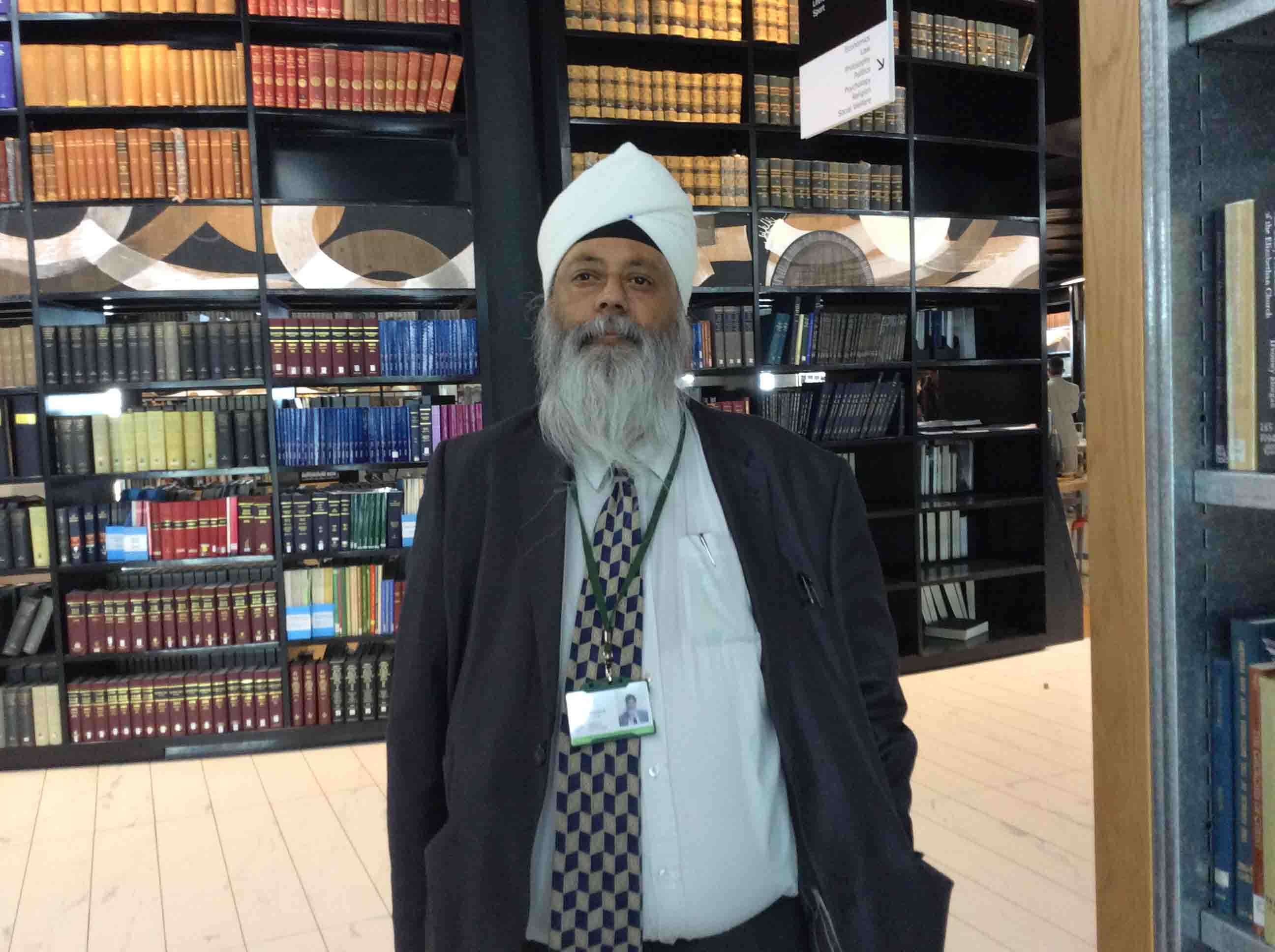 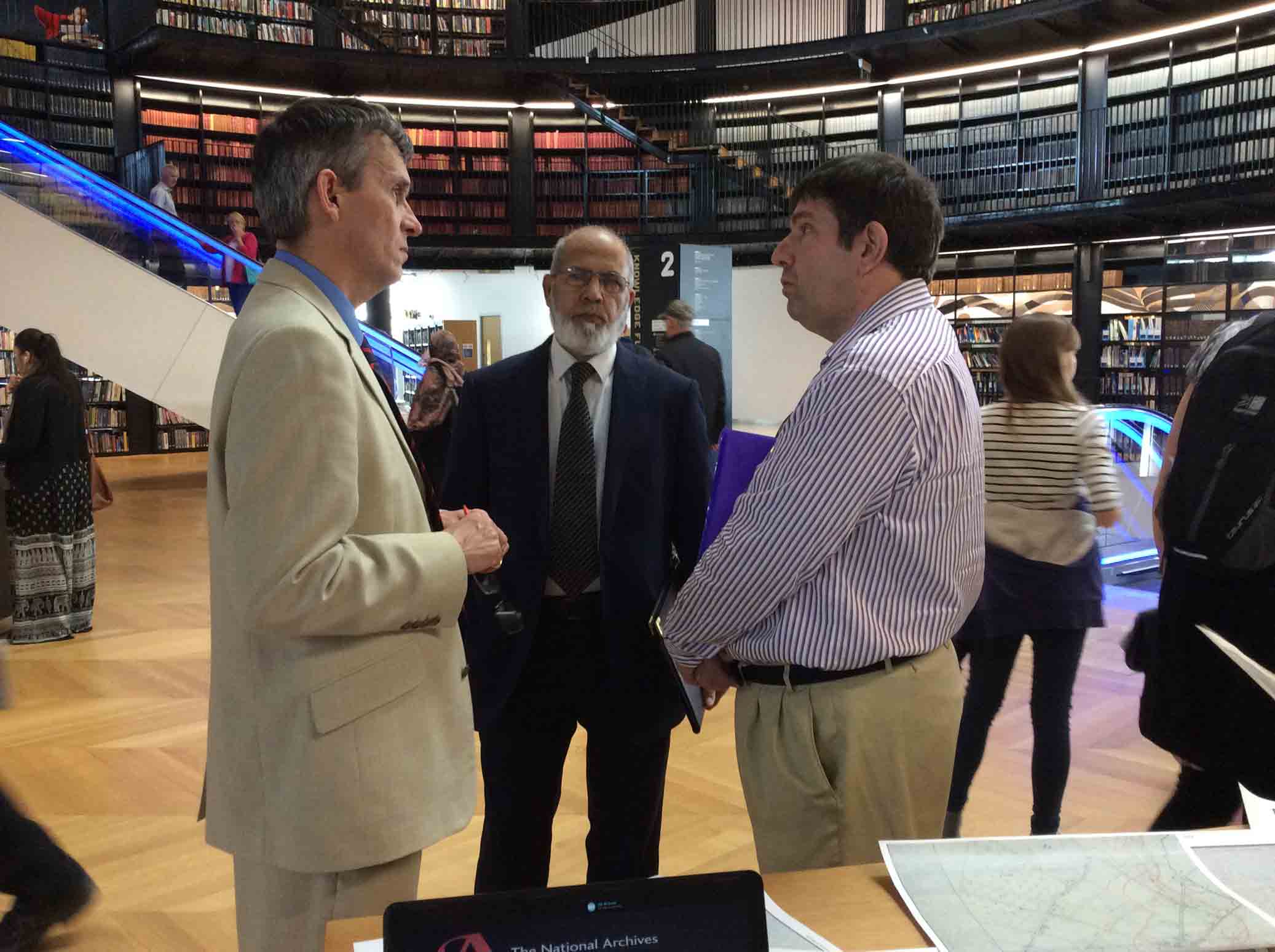 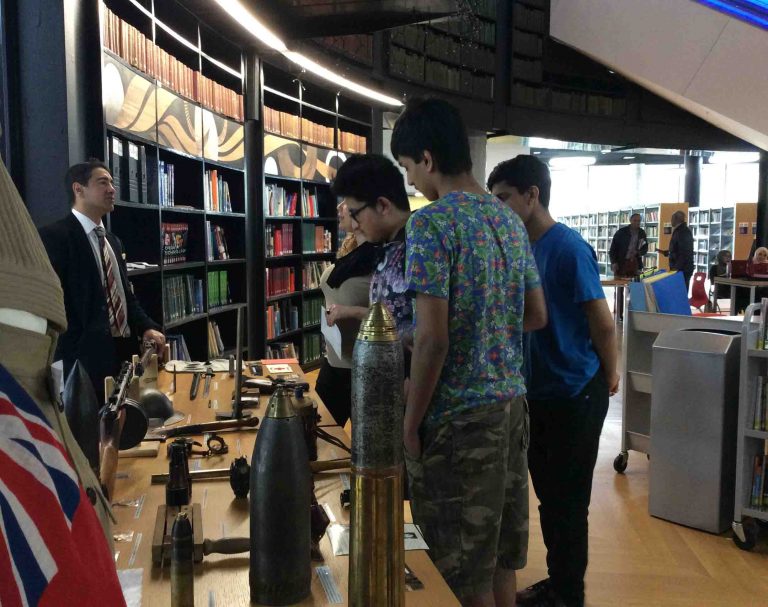 Jahan’s exhibition in the rotunda at Birmingham Library

We were really pleased that the talks and drop in sessions had resonated so well with the people who attended, and we would like to thank Birmingham Library and the Voices of War and Peace for helping to make this event possible.

If you’d like to find out more about India and the First World War, read our Neuve Chapelle blog post and listen to our podcast, or take a look at our Flickr gallery.