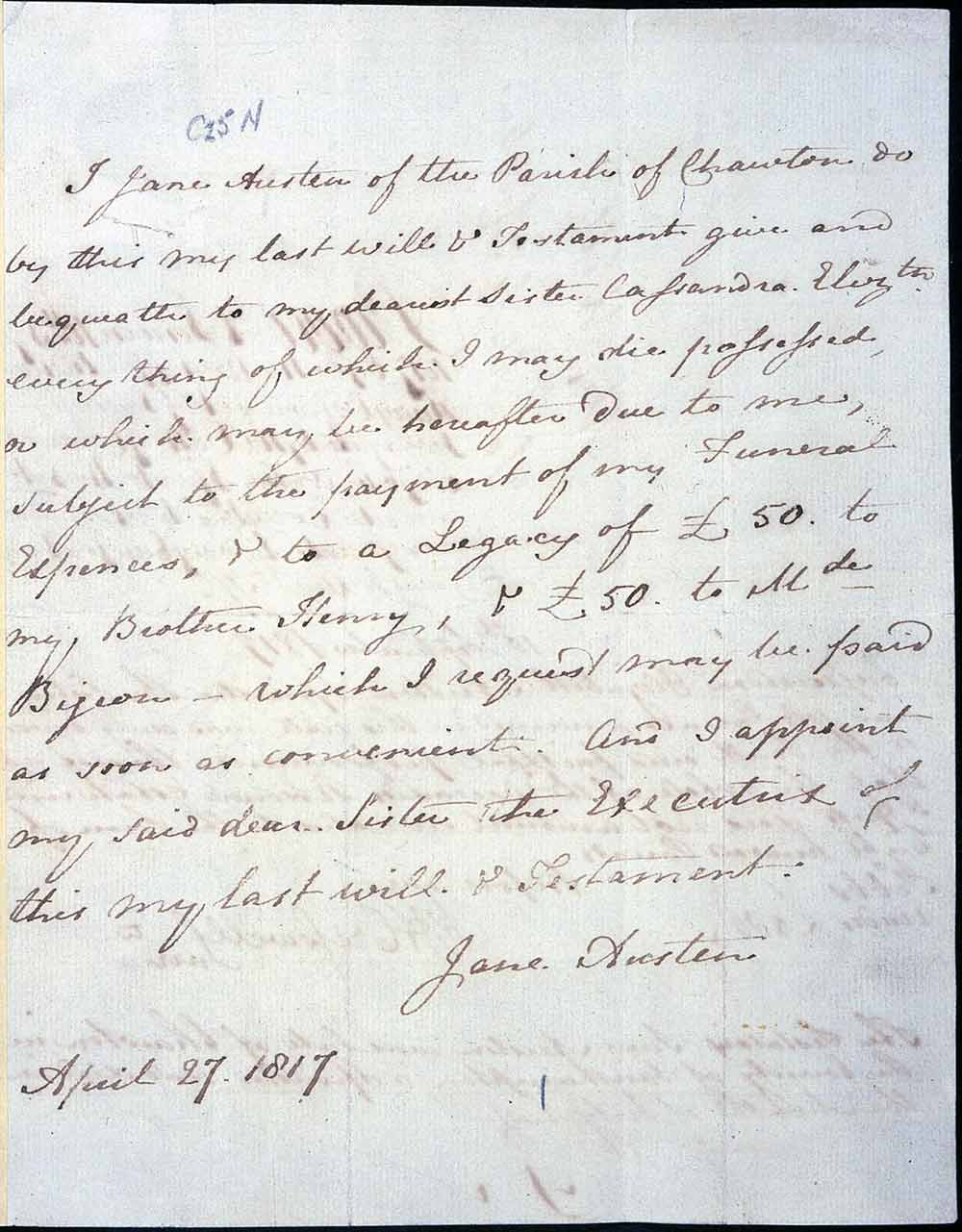 I love visiting Winchester, not only for the mysteries of King Arthur but also to say hello to Jane Austen; I walk down College Street to the house where she died, touching the wall to acknowledge her!

Born in 1775 in Steventon, Hampshire, Austen was one of eight children. She began writing as a young girl and grew to be a woman with a great capacity for life, sweet in nature and witty. She loved to observe the upper and middle classes around her in early 19th century England. With classics such as Sense and Sensibility – her first novel in 1811 – and Pride and Prejudice (1813), Jane became one of England’s most popular novelists and a national treasure by the 1930s.

Jane didn’t marry in her short lifetime. She died in 1817 at the age of 41, but her legacy lives on in film and TV adaptations, which have turned her into an acknowledged literary giant. To coincide with her bicentenary, Jane Austen can also be seen on the new £2 coin and £10 note which will be in circulation in September.

For classic book enthusiasts and followers, Jane Austen: Writer in the World is a beautifully illustrated hardback of colour photographs from a collection of essays, portraying an intimate history of Austen’s art and life shown through objects. You can see her teenage notebooks, music albums, letters, portraits and the homemade booklets in which she composed her novels. This book gives you an idea of her satirical sense of humour through the interpretation of her notes, almost transporting you back in time to hear the recitals of Jane and her family. The book also reveals the political and social influences in her life, through newspaper articles, naval logbooks and contemporary political cartoons.

And while Jane was writing about the niceties of high society behind closed doors – well at least in Chawton, Bath and London – I dare say… life wasn’t going too well on the outside? Eavesdropping on Jane’s England explores the background to her novels, the social and political turmoil of a troubled period in England, with a constant threat of invasion and revolution, not to mention the disturbing changes in industry and agriculture. From forced marriages and the sale of wives in marketplaces to boys and girls working down mines or as chimney sweeps; from ‘stand and deliver’ highwaymen to corpses swinging on roadside gibbets. This book gives an idea of how our ancestors struggled to survive then!

Jane Austen at Home, a book to accompany a TV documentary presented by Lucy Worsley, has a 3-D effect on the reader. With new material, Lucy Worsley brings Jane to life as an intelligent, powerful, contradictory and loving woman. Worsley takes us to the places that were important to Jane and gives us an understanding of how and why she lived the way she did, and her struggles in life. A highly recommended read!

Jane once said, ‘it may be wicked to marry for money but it is stupid to marry without it’: true enough in Regency England, when money and matrimony was what it was all about! Trying to find an eligible bachelor for your daughter or daughters was a full time job. In the Jane Austen Marriage Manual (a ‘how-to’ guide for getting hitched) there was a strict code of conduct governed by courtship and marriage which had to be adhered to. Young genteel ladies had to learn the rules of courtship, as spinsterhood was a dirty word. The book traces the many stages of courtship and potential pitfalls, from a girl’s first entry into society through to her wedding day… gush!

With the bicentenary of Austen’s death, we have her will and death duty accounts on display in the Keeper’s Gallery, our on-site museum. If you are keen for more of the same, The Jane Austen Files provides an insight into her life, in the words of the people who knew her, using diary accounts and memoirs by her nearest and dearest relatives. The book also gives accounts from Jane’s own letters, together in one volume. It provides a fascinating insight into her life as a member of a close, loving family and her works as a novelist.