Information management is all about understanding connections. 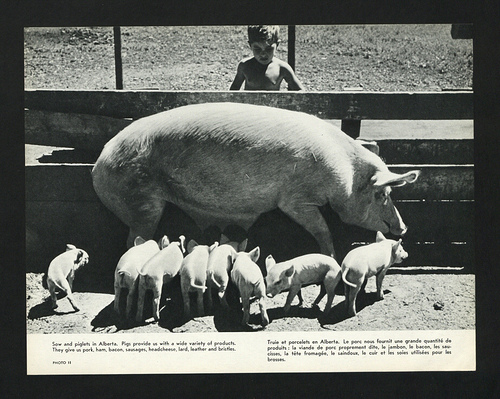 Which brings me to the ‘six degrees of separation’: the concept that you are only ever six steps of ‘connection’ from anyone else in the world. A recent TV advert plays on this idea by linking their 4G mobile phone company to actor Kevin Bacon in under 30 seconds, using a series of tenuous connections.

This, of course, gave me an idea… if Kevin Bacon could link himself to mobile phones, can I link him to good digital information management in six steps? And what ‘cautionary tales’ can I bring in along the way?

The legendary actor. It’s difficult to pick just one of his best films, but let’s take Apollo 13 (1995). Bacon plays astronaut Jack Swigert who works for…

Using technology to access and process data underpins everything that NASA does, both in space and on the ground. It is also true that some of the information they create remains extremely valuable as a primary record of historically significant events.

Did you know, however, that NASA destroyed its only high-resolution footage of the first Apollo 11 moon walk? The records were ‘taped over’ in an effort to save money, without the appropriate assessment of what value the records would retain over long periods of time.

NASA has employed many ‘space rangers’ in its time, but few are more famous than…

First introduced as the friend of Woody the cowboy in Pixar’s ‘Toy Story’ (1995) and subsequent sequels.

Did you know: that when Pixar made Toy Story 3 the team went back to the animation files created for the original film in the early 90s? However, what they found was that they were created in a format that was rarely used anymore. Although they managed to open the files, the characters were essentially trapped in a ‘read-only’ format. In the end the filmmakers had to animate Woody and Buzz Lightyear from scratch.

The international decimalised units of measurement.

Did you know: that confusion in the conversion of metric to imperial units caused the loss of the Mars Climate Orbiter spacecraft in 1999? The software controlling the trajectory of the Orbiter was in fact developed by two separate companies. This unfortunately led to ground software measuring numbers in imperial units, whilst the on board systems were reading them in metric. As a result, the Climate Orbiter ended up off course, and likely burned up in the Mars atmosphere.

Leaving the wonderful achievements of our athletes to one side, delivering an Olympics is reliant on good technology and information management processes.

Did you know: that during the games LOCOG had to order an examination of all ‘digital images, statistics and information given to sporting venues’ after a mix up between the North and South Korean flags at Hampden Park? It was reported that incomplete metadata meant that the computer system couldn’t distinguish between two flags, both marked as ‘Korea’. The South Korean flag was displayed at a North Korean football game, which very hastily had to be fixed.

The official archive and publisher for the UK government and for England and Wales, housing some of our most iconic national documents dating back over 1,000 years.

Did you know: that the digital records of the London 2012 Olympic Games will comprise up to 5 Terabytes of data, comparable to around 50 kilometres of paper records? The National Archives is working with UK Government departments to not only help select which ‘historical’ paper records should be kept, but also to ensure that newly created digital material is managed in a way that allows for its preservation and access for the next 1,000 years.

There you have it – Bacon to digital information management in six steps. Hopefully along the way you’ve picked up that it’s important you understand the value of your information and the format in which it’s held. This will help you manage it over long periods of time in order to meet your business needs. Please visit our Digital Continuity pages for more information.

Many thanks for reading. Can you link Kevin Bacon to information management? Let us know!