Home > Blog > Ships, trains, submarines and the element of surprise

Ships, trains, submarines and the element of surprise

Having worked at The National Archives for some time now, I have come to realise that the information you are seeking may not always be found in the most obvious sources. For example, would you think of looking for occurrences of First World War German submarines in records of the Great Western Railway (GWR)? Or stories of railway employees in Royal Navy records? 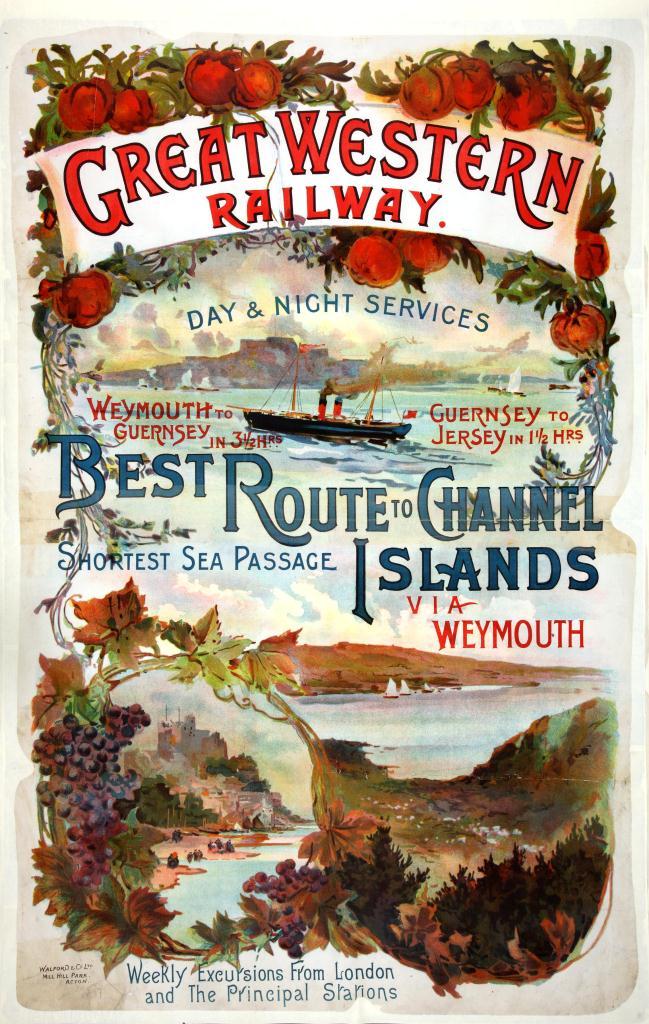 Charles Langdon was the Master of the Great Western Railway Steam Ship Ibex, which the company used to transport mail and passengers between Weymouth, on the south coast of England, and the Channel Islands. During the First World War, with the constant danger to shipping posed by enemy ships and submarines, the Ibex had been fitted in 1916 with a 12 pound gun, mounted on her stern.

On 18 March 1918 at 18:15 the Ibex left Guernsey carrying 50 passengers and 41 crew members on its regular trip to Weymouth. In the subsequent Admiralty report on the journey (ADM 137/1477, p.144) Langdon states that all went well until 21:30, when a mysterious object was seen off the port bow. This was closely followed by another on the starboard beam: it was apparently a German submarine coming to the surface, at a distance of 500 yards. 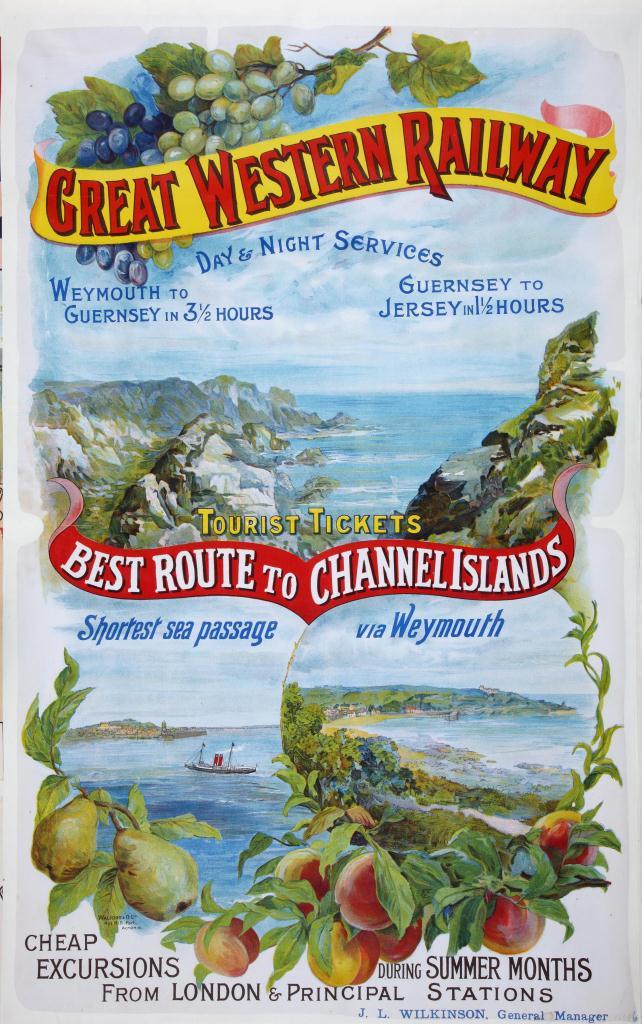 Langdon immediately gave the prearranged signal to fire. Leading Seaman Fletcher (RNR) and Able Seaman Albert (RNVR) who were trained to fire the gun aimed it at the submarine and fired a single round.

Major A C Stamberg (RAMC), who was also on board the ship, had just settled down on the settee near the main saloon when he was woken by two shrill blasts from a whistle. On reaching the deck he stated that he was startled by the report of a gun fired at close quarters followed by an explosion. He could see a long dark object slipping away astern about 600 yards away.

The flash of the explosion was clearly seen on the submarine’s hull by at least four other men on the Ibex, who described the vessel as longer than a ship’s lifeboat, and with a tower. As the submarine sank beneath the surface again the Ibex was pulled hard starboard, and its speed increased as it headed away from danger. However, 15 minutes later they were anchored in a fog bank, the sounds of other ships reaching them through the mist, and Langdon was unable to proceed for fear of collision. The submarine was not seen again that night, and it is assumed that it must have been ‘slightly damaged’ by the explosion. The Ibex made it safely home to Weymouth.

A month later the Secretary of the Great Western Railway received a letter from the Admiralty expressing appreciation of the ‘good look-out kept and the prompt action taken’ by the Master and crew of the Ibex. Enclosed with this letter was a £500 Navy Bill, or cheque, to be shared out among the crew, as recorded in the minutes of the GWR Steamboat Committee, 9 May 1918, and the Admiralty Digest of General Correspondence (RAIL 250/316 p.52 and ADM 12/1606A). 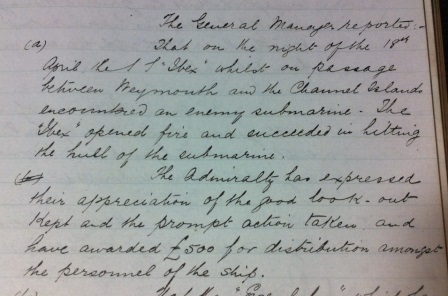 The lesson to be learned here is, whether you are all at sea and travelling through enemy waters, or undertaking research in an archive, always expect the unexpected.

Incidentally, almost a year later one of the passengers, a Mr Toneri, an employee of the London and South Western Railway, who had been travelling on the Ibex that night, wrote to the Admiralty claiming a share of the £500 award. He maintained that he was the one who saw the submarine first. The Admiralty checked with Landgon, the ship’s Master, who advised them in no uncertain terms that Toneri had no claim whatsoever on the money, as he did not render any service, perform any duty, or in fact see the actual submarine they fired upon. The one he saw was on the other side of the ship. 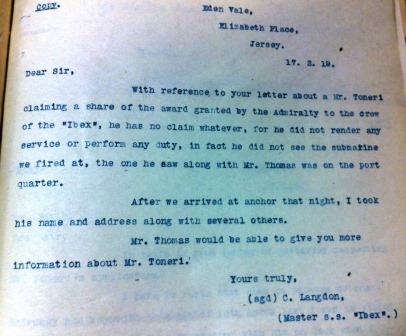 I suppose it was worth a try!