Sex, Spies and another Scandal: the other Profumo affair

At the height of the Profumo affair, the greatest British political scandal of the twentieth century, Cyril Machray, a senior figure from MI6, wrote to a compatriot in MI5 sending across a memorandum. He noted that ‘although it is not particularly relevant to the current notorious case, Geoffrey [Hinton ?] thought you might like to have it for your files’. He could not have been more wrong. The memorandum, and the rest of the MI5 file with which it was placed, told the story of Jack Profumo’s relationship with another young model, Gisela Klein, which dated back to the 1930s. The problem was that she was a committed Nazi who worked for German military intelligence. This story, which is revealed for the first time by the files released today at The National Archives, places the entire Profumo Affair in a stark new light. [KV 6/146] 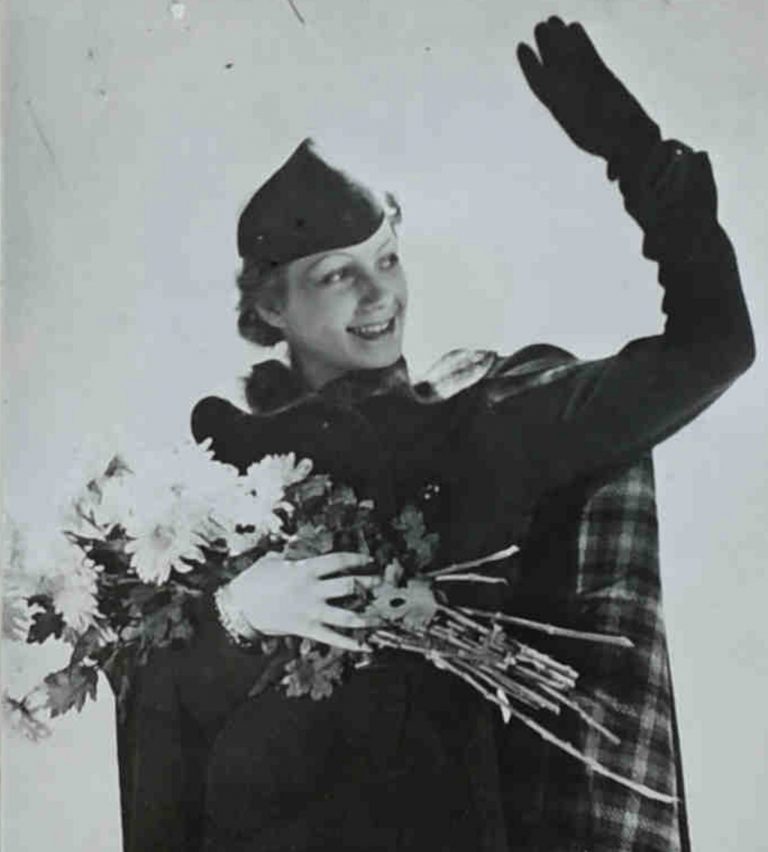 In summer 1933 Gisela Klein, ‘a young women of striking appearance’, moved to Oxford from Germany. She spent some time in the city, where, according to an MI5 report written a couple of years later, ‘she was known to be associated with a certain Jack PROFUMO, a wealthy British subject of foreign origin’. Klein worked as a model in Oxford, something that got her in trouble with the Home Office, as it breached her visa terms. As a result she moved back to Germany, but seemingly kept on very good terms with a number of young, well connected, Guards officers. According to her Home Office file she stayed with Lieutenant Richard Derek Cardiff in September 1936, and in November travelled to Paris with Lieutenant Hanmer C Hanbury, son of a Tory MP. She remained friendly with Profumo, coming to stay with the family the following year. Klein came to the attention of MI5 in 1938, when Thomas, The Times correspondent in Paris, wrote to a contact in the Security Service, stating that ‘Lord Erleigh has picked up a pro-Nazi mannequin called KLEIN who is the mistress of the German military attaché here’. The concern led to MI5 requesting that the Home Office refuse to give Klein a visa as ‘her presence in this country appears undesirable’. [KV 6/146] 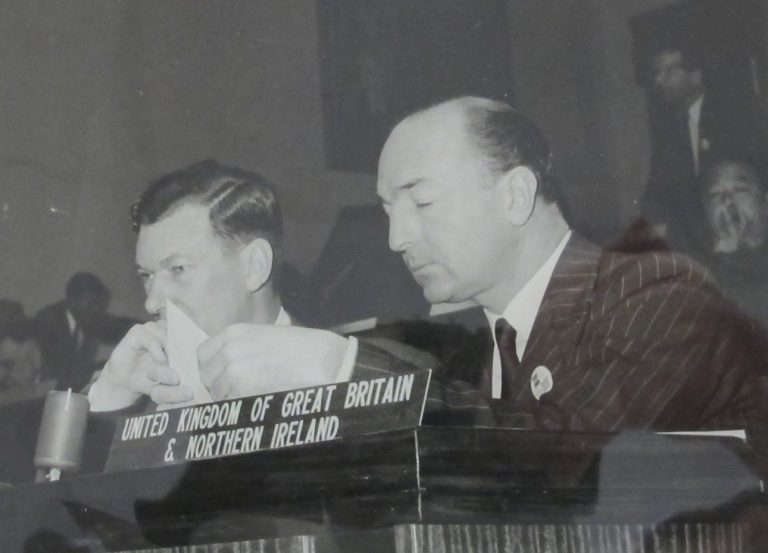 There is some doubt as to exactly what Klein was up to at this stage. Her future husband would, many years later, claim that she was recruited in 1939 to work for German military intelligence by a General Stulpnagel. It appears possible that he was misinformed. General Carl-Heinrich von Stülpnagel was head of the intelligence section of the German army staff from 1933 to 1936, so it seems probable that Klein was directly working as a Nazi spy by the latter date. This would not become clear to MI5 for some time, but they certainly had their suspicions.

Klein’s inability to get a visa to the UK meant that she spent much of her time in France and in summer of 1939 it was reported that she ‘has recently been staying at Cannes where she was stated to have been extremely friendly with one or two French officers on leave and also a French prince whose name unfortunately is not known’. On the outbreak of war, Klein moved deftly to Egypt where MI5 noted she ‘made great friends with [British army] officers (one wanted to marry her)’.

As the war progressed Klein moved back to Germany and clearly remained in contact with Jack Profumo, who by this stage was both an MP and an officer in the British Army. In 1942 MI5 intercepted a letter from Klein to Profumo. We only have excerpts of the letter but the strength of the relationship seems apparent. She wrote ‘JACK darling, I found it very difficult to write this letter I cant get used to the idea that I am free to write to you without a censor’ [Klein was at the time in Switzerland]. Klein went on to say how happy she was ‘though I am not nearly as happy as I used to be at 88 Seymour St’; a reference to the house in Oxford where she stayed during her early friendship with Profumo. Just over a year prior to the letter, Profumo had been to MI5 to discuss Klein. He stated that he had met her in Oxford and provided a brief outline of her movements since. He claimed that he had not heard from her since the outbreak of war and stated that ‘she always claimed to be anti-Nazi’. It is difficult to tell but it seems that Profumo was seriously underplaying the strength of his relationship with Klein, and was either very naïve or misleading over her political views. [KV 6/146] 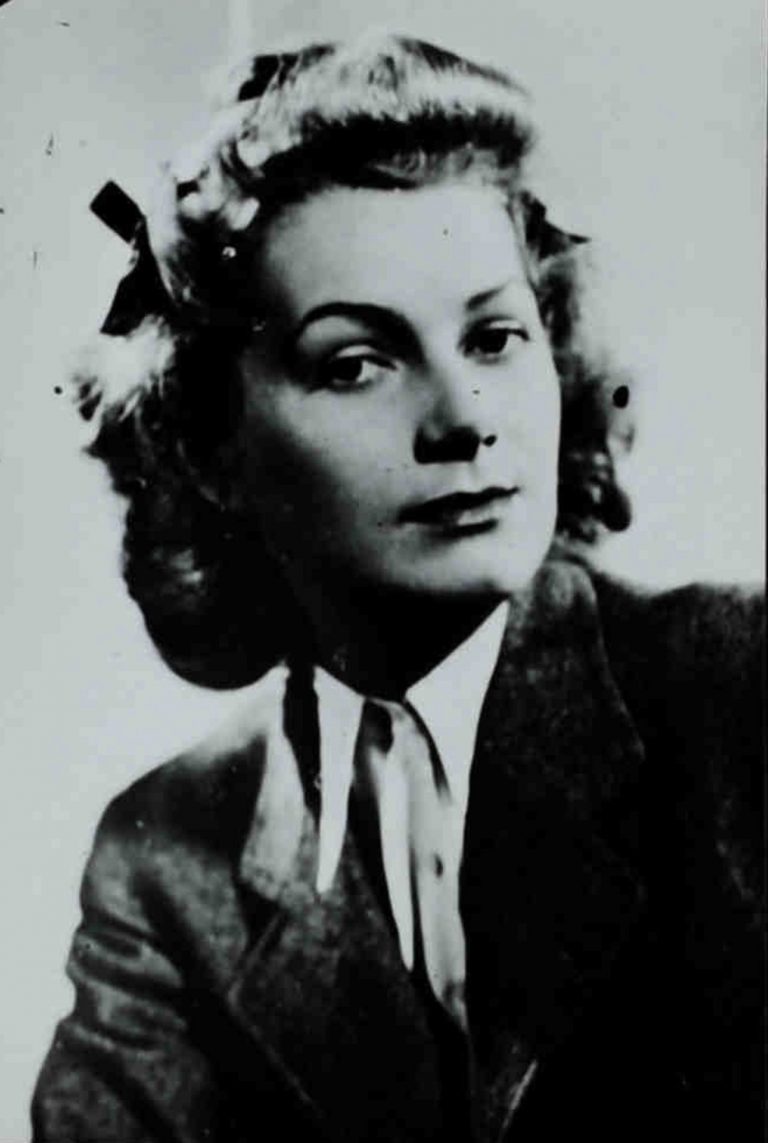 Not all were so sympathetic, and in an extraordinary coincidence – considering the vital role played by William, 3rd Viscount Astor in the later Profumo scandal – it was his mother and brother who led the accusations. Lady Astor accused Klein of being a spy, while Major J J Astor would in 1945 write to MI5 suggesting that Klein and a contact to whom she introduced him, named Rudolf Goldschmidt, were working for German intelligence.

The next piece of the puzzle came from Wolfgang Krause-Brandstetter, an Abwehr agent captured by the British in 1944 [KV 2/160]. On interrogation he admitted that Klein had been his mistress in the later war years, a connection that clearly intrigued MI5. In October it was discovered that German intelligence were attempting to contact Klein, and it was noted that ‘this is the first positive evidence that Klein is connected, other than by emotional ties, with the G[erman].I[ntelligence].S[ervice]’. As the officer remarked ‘her activities for the last ten years are certainly consistent with a high degree of espionage although it has hitherto been impossible to say definitely that she is more than a widely travelled and remarkably well be-friended adventuress’.

Klein was, herself, arrested by the Americans relatively soon afterwards, but by quirk of fate she was placed in a prison under the command of an Edward Winegard, an American officer with whom she had been friendly prior to the war. He soon obtained her release and the couple were married in Hamburg the following year. They moved to the south of France where they got in trouble with American intelligence for harbouring a former Nazi spy chief. In 1949 the Winegards moved to Tangiers where they worked for the ‘Voice of America’ radio station. After nine months Gisela was fired for expressing pro-Nazi sympathies.

The Winegard’s marriage clearly suffered over this period and in 1950 Edward Winegard made a number of revelations regarding his wife. These ended up in the MI6 memorandum sent by Cyril Machray in 1963. Winegard declared that it was only after the war that he discovered that his wife had worked for German intelligence and ‘was 100% pro-German’. He also declared in September 1950 that Gisela had just left him, following a dispute when ‘he had discovered that she had been receiving endearing letters from John Dennis PROFUMO. These letters were written on House of Commons note paper’. The revelation that Profumo continued to be in close communication with Gisela Winegard into the early 1950s, supported MI6’s conclusion that Klein and Profumo had met in Oxford in the 1930s and had ‘remained in close contact ever since’. The parallels with the later Profumo affair, where a note on official ministerial paper provided a crucial piece of evidence for Christine Keeler, are extraordinary.

The Winegards seemingly managed to piece their marriage back together and in early 1952 applied for a visa to travel to the UK. This was refused because the MI6 man in Tangiers reported that he had ‘good reason to believe that Mr and Mrs Winegard have recently engaged in blackmailing activities and now think it possible that their intended visit to the U.K. may be connected with this affair’. There is no direct evidence to connect Profumo to these blackmail activities, however the scope for this is abundantly clear. [KV 6/146]

At this point Gisela Winegard disappears from MI5’s view, only to reappear suddenly in June 1963 when Jack Profumo’s relationship with another model, and another spy were the focus of intense media scrutiny. Machray may have declared the matter to be ‘not particularly relevant’ but it is difficult to imagine the press or public agreeing with the conclusion. The Profumo scandal centred on the fact that his relationship with a young model brought him too close to a Soviet spy, and provided potential material for the blackmail of a figure in a position of great power. One can only imagine the further scandal if it had been revealed that this same individual had a two decade long relationship with another model, one who had worked throughout that time for Nazi intelligence. It also raises further questions over Profumo’s judgement. It seems almost inconceivable that Profumo did not at the very least have doubts about Klein. He did, of course, tell MI5 that Klein was anti-Nazi, and that his relationship with her was limited, but in the immortal words of Mandy Rice-Davies ‘Well he would [say that], wouldn’t he?’