Scottish charters and the emergence of government

Tracing the emergence of royal government in medieval Scotland is a difficult task: the main body of government records were lost at sea in the 17th century. Other surviving sources can, however, give us an insight into how royal authority was experienced by those living at the time.

From January until March, there will be a free exhibition at The National Archives called ‘Scribes and Royal Authority: Scotland’s Charters 1100–1250‘. This exhibition is part of an AHRC-funded project (2014–2017): Models of Authority: Scottish Charters and the Emergence of Government 1100–1250.

The exhibition focuses on the handwriting of scribes from this period. A number of original documents will be on display in the Keeper’s Gallery. Some of the key themes of the exhibition are outlined in this blog.

The National Archives and the emergence of government

Government as we recognise it today first emerged in Western Europe in the 12th and 13th centuries. An early example of a highly developed bureaucracy was England.

The National Archives can trace the origins of its collections to a series of brilliant innovations in the 1190s and early 1200s that established systems of administration and record keeping in England which lasted in some cases into the 19th century.

By contrast, Scottish royal government in the 13th century was more intimate and depended more on the kingdom’s elite than on professional administrators. Records of government administration were kept, but they are now lost.

Edward I, on conquering Scotland in 1296, took most of the Scottish royal archive to London; financial records were kept in Scotland for the convenience of his administrators there. In 1650, these and all other Scottish government records were also taken to England by the next conqueror of Scotland: Oliver Cromwell.

When Scotland recovered its independence in 1660 on the restoration of the monarchy, it was decided to ship the entire Scottish royal archive back to Edinburgh. Tragically, the vessel was shipwrecked and most of its cargo — 85 hogsheads in total — was lost. A hogshead is a large barrel which could, for example, carry 454kg of tobacco.

Some later medieval material survived, and is now in the National Records of Scotland; at least 99% of the 13th century Scottish royal archive, however, was lost. We know this because an inventory was made in 1292 of the royal archive which was kept in Edinburgh Castle. The surviving 1% consists of material that was at some stage mixed in with the English royal archive, and was therefore spared the fate of the rest in 1660.

How, then, can we study the emergence of government in Scotland? Our principal source is charters. These are single sheets of parchment, originally with a seal attached, and were used to record transactions such as giving or confirming property and privileges. The ‘donor’ of a charter was often an important person, such as the king or a bishop or member of the lay elite; the ‘recipients’ (also known as the ‘beneficiaries’) of those that survive are mainly monasteries, cathedrals or major lords.

According to the People of Medieval Scotland database, texts survive for 3,106 charters between 1093 and 1249. Only 26% of these (798) exist today in their original form as a single sheet of parchment, although the seals have often been lost. The rest survive as later copies in books. Charters in the name of the king make up 38% (1,194) of what survives. Again, only a proportion (27%) exist today as a single sheet. 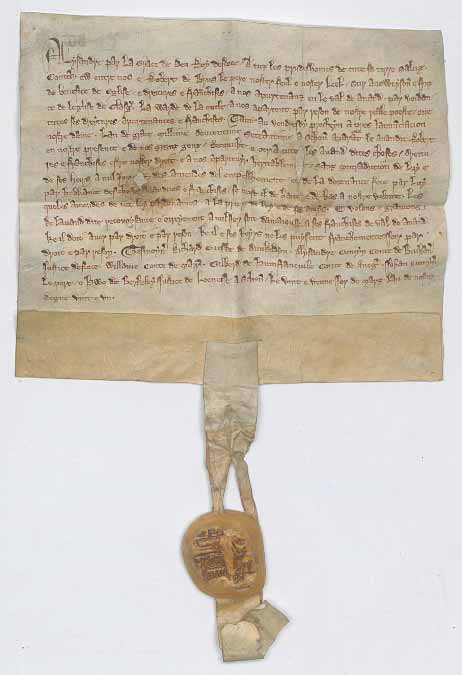 Charters survive because they were kept in the archives of the recipients: monasteries, cathedrals and major lords. Some of these eventually found their way into The National Archives (such as the charters of the Bruce family, which came to form part of the archive of the Duchy of Lancaster).

The texts of these charters have recently been used by Alice Taylor as part of her ground-breaking study of the emergence of government in Scotland: The Shape of the State in Medieval Scotland, 1124–1290 (Oxford, 2016). By studying the formulaic language of charters, as well as legal texts, she has shown that the emergence of government was a gradual process involving cooperation between the king and aristocracy — fundamentally different, therefore, from the more intrusive and highly developed bureaucracy of England.

The Models of Authority project is focusing on the scribes of Scotland’s charters between 1100 and 1249, in particular their handwriting and prose. It is usually not clear who a charter scribe was working for—the donor or the beneficiary. The project and exhibition are exploring the ways in which scribes adapted their handwriting depending on context. In particular, it looks at the way royal scribes developed new features of their handwriting when communicating the king’s wishes and instructions, and how monastic scribes responded creatively to these developments when writing charters. This offers a new perspective on the emergence of government. Instead of studying institutional development, we are investigating how far non-royal scribes were aware of documents produced by royal scribes, and how far they took these as a model for their work. 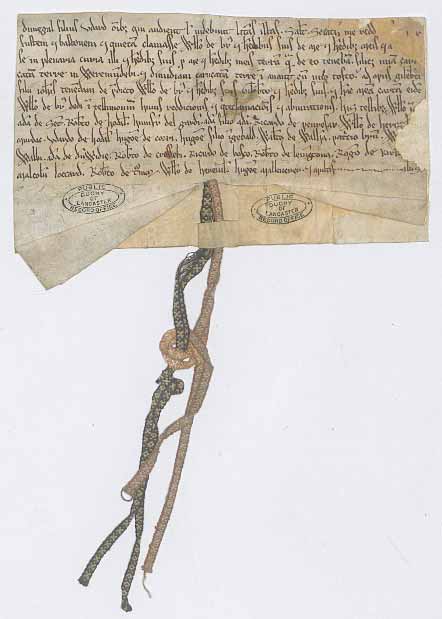 In one strand of the project, John Reuben Davies is studying the formulaic text of charters. He has shown that the prose of charters written in the name of the king (‘royal charters’) developed a range of distinctive phrases and features. Not all of these documents, however, were written by scribes working for the king. Non-royal scribes were also familiar with these conventions, too. This means that all scribes who wrote charters were aware of what made royal charters look and sound distinctive. Scribes were able to replicate these features when drafting a royal charter, but also studiously avoid them when writing a text in the name of a non-royal person.

At the same time as scribes were becoming increasingly bound by these textual conventions, they were also showing greater flexibility in their handwriting in this context. In the other strand of the project, Teresa Webber has studied how some features of the quicker writing of royal and episcopal scribes were adopted from the 1190s by non-royal scribes when writing charters.

The development of quick handwriting by royal scribes can be seen at the exhibition by comparing the charter of King David I (1124–1153) for Robert Bruce to letters of King Alexander III (1249–1286) to the king of England. These show how royal clerks eventually became skilled at writing in a stylish cursive fashion. The Models of Authority project is also investigating this development.

It is the handwriting aspect of the project’s work that the exhibition at The National Archives focuses on in particular. Most Scottish charters that survive as contemporary single sheets were originally kept in monastic archives, such as Durham Cathedral Priory, Holyrood Abbey, Melrose Abbey and St Andrews Cathedral Priory. By studying the handwriting of these charters, it is possible to analyse the creativity of royal, episcopal and monastic scribes, and to see how far monastic scribes reacted to the handwriting they saw in recent royal and episcopal documents.

This has the potential to offer a new perspective on changes in the way royal authority was perceived and experienced. We can begin to understand the emergence of government not only in terms of institutional developments. We can also see how non-royal scribes looked increasingly to the king and the Church in an abstract way when thinking about property rights as they wrote charters—initially in the mid 12th century, and more generally from the 1190s. This allows us to set the emergence of government within a broader framework of changing expectations of royal authority in the context of safeguarding property and privileges, even when the king is not directly involved. This, in turn, might offer an approach for studying the emergence of government in England before systems of administration and record-keeping were established in the decades around 1200.