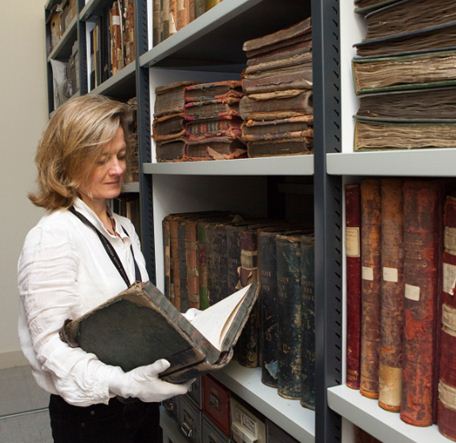 Back in February I posted here about Accessions to Repositories, our annual survey which collects information from archive services around the UK and Ireland about their brand new archive collections.

With more services taking part than ever before, more archive collections have been reported, which means there will be even more archives for you to discover and research in the future. A large number of collections listed here and part of the main survey will need to be repackaged, sorted and catalogued before they can be made available for your consultation, so do check with archive services in advance about access.

So far the survey has brought to light some amazing new dance, music, art, theatre, performance and literary archives. We’re in the final stages of adding information about these collections to Discovery, and preparing the survey results for publication on our website.

The last few months have been extremely fun and rewarding. My team’s got to hear about some great new collections! Before we publish the survey results, we want to give you a little taster of some new arts and performance collections that we’ve discovered. 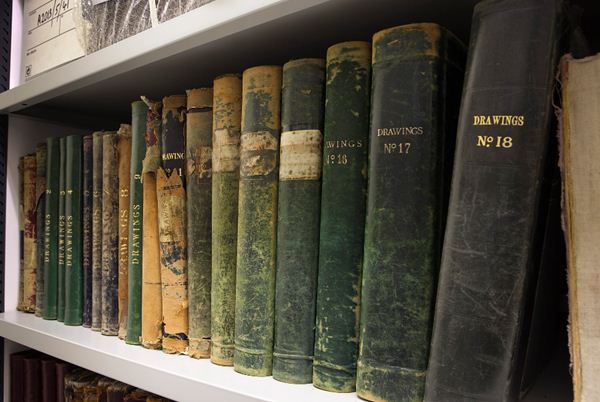 The cataloguing of the archive began in October 2014, following funding from the National Cataloguing Grants Programme for Archives and the John R Murray Charitable Trust. There have already been some exiting finds within the collection, including fragments of canvas from Gainsborough’s ‘Duchess of Devonshire’, which were sent to the firm as proof that the portrait was in the thieves’ possession and had been shipped to America. According to the cataloguing archivist, visiting researchers, and two associated PhD students, are currently able to consult the most accessible records and have begun to chart the provenance of artworks, and the development of collecting trends and tastes. The complete online catalogue is due to be completed by April 2016. 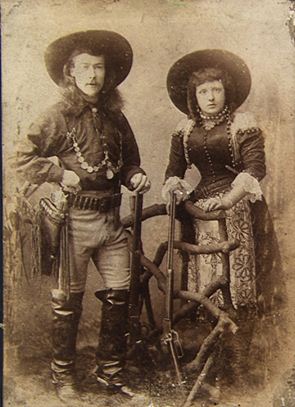 The National Fairground Archive at the University of Sheffield now holds the archive of The Shufflebottoms – a family of travelling show performers.

The family business was started up by Yorkshireman William Benjamin Shufflebottom, known as ‘Texas Bill’, who made his living being an impersonator of William Frederick Cody, aka Buffalo Bill.

We don’t know exactly how William Shufflebottom got into the fairground business. Records about the origins of his first adventures range from documenting his time as part of a touring western show to being from a rich cotton family in Lancashire, but the 1881 census firmly places him as a travelling show performer. His wife Rosina joined William on the Wild West Show performing knife-throwing and snake-charming acts. William and Rosina raised ten children, some of whom continued the family tradition making various Shufflebottom Wild West shows a popular attraction on the travelling fairs until the 1960s. The Shufflebottom collection includes accounts, papers, photographs and posters relating to nearly 100 years of the family business. More information about the collection is available on the National Fairground Archive’s website. 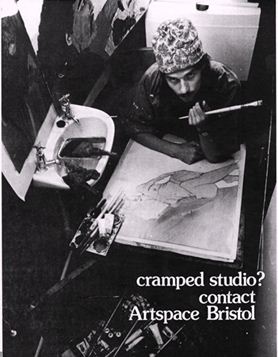 In May 2014, Bristol Record Office took in the records of artist co-operative Spike Island Artspace Ltd.

Spike Island started out in the 1970s – under the name ‘Artspace’ – as a group of Bristol-based painters, sculptors and printmakers who were inspired to create a space for working artists in the heart of the city. They managed to secure and helped to administer affordable studio space in the disused warehouses close to Bristol’s docks. The administrative papers, staff, publicity and exhibition material in the Artspace archive document the organisation’s early beginnings and its journey to becoming an international centre for the development of contemporary art and design.

Thanks to the Business Archives Council cataloguing grant and assistance from project partners, Bristol Record Office was able to recruit an archivist and catalogue the collection, with help from two volunteers who were members of the original group of Artspace artists in the 1970s. You can find out more information about the collection through Bristol Record Office’s catalogue, and about the project on the Business Archives Council website.

We couldn’t post a blog about new archives for the arts without mentioning some of these new collections:

This is just a snippet of the arts collections we’ve had reported to us as part of the survey, so make sure you keep your eyes peeled for more information – coming soon!