I have always fancied trawling through a field with a metal detector in search of buried treasure, unearthing a Roman mosaic floor of Medusa’s head or just a handful of gold sovereigns. To think that what lies beneath us holds the answers to the mysteries of our past is beyond exciting, but to find a king in a car park was miraculous to say the least. I am of course referring to Richard III.

The famous king died fighting for his kingdom in 1485 at the Battle of Bosworth. His naked body was thrown into a modest grave at Greyfriers in Leicester, a site that was destroyed by the dissolution of the monasteries in 1536 and where it would be lost until 2012. In what is now a social services car park, Richard was found under the letter R, in an allocated ‘Reserved’ parking space – would you believe? 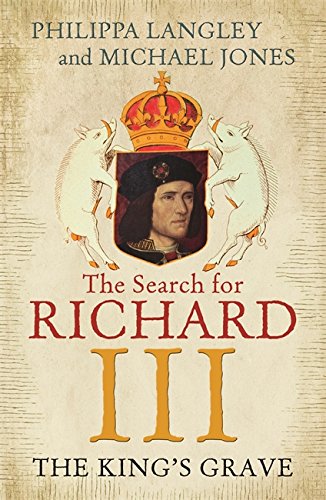 Front cover of The Search for Richard III

After watching The King in the Car Park and reading The Search for Richard III, The Kings Grave, I think I may be joining the ranks of the Ricardians! Philippa Langley, whose years of research and belief that she would find Richard in this exact spot inspired the project, reveals the inside story of the search for the king’s grave; historian Michael Jones tells of Richard’s 15th century life and death. It reevaluates Richard as a controversial monarch and discards the distortions of later Tudor propaganda, such as Shakespeare’s portrayal of a deformed and murderous villain 100 years later.

For all the archeaologists out there Finding Richard III is a short, well-written summary packed with facts from the research carried out on Richard III. Although a more technical read, from topography to DNA fingerprinting, it is a book that makes you ask questions. It’s written by those historians and researchers who dedicated years of study and research of Richard’s life. In the face of repeated claims that the University found the king, the book sets out to put the record straight!

If you are a keen student studying the contentious king Richard III From Contemporary Chronicles, Letters and Records presents findings from primary, contemporary and near-contemporary sources, demonstrating why Richard has remained an enigma for so long. It is an invaluable collection of information which helps the reader understand the mythology and gain a more realistic picture of the king from those who knew him or who were living shortly after his untimely death at Bosworth Field. It provides an essential part of the literature on Richard III which gives an indispensable source book for historians and the general reader. 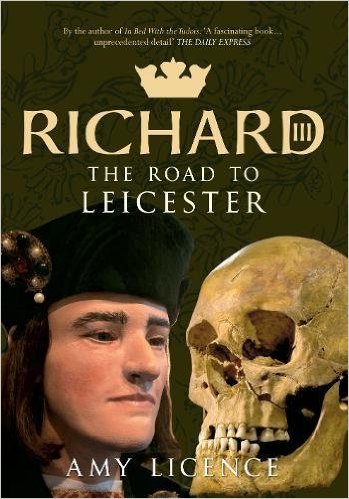 Front cover of Richard III The Road to Leicester

Following the dramatic announcement that Richard III’s body had been discovered, the debate of ‘good king, bad king’ still continues today, with past controversies matched by fresh disputes. Richard, The Road to Leicester asks why Richard seized the throne, if he murdered the Princes in the Tower and why the location and details of his reburial sparked a parliamentary debate? This book is both an introduction to his life and reign and a commemoration to tie in with his reburial.

A character diagnosis written about England’s most vilified king is portrayed in Richard III by Michael Hicks, one of the leading experts on Richard. Again, it is a book that analyses the propaganda over the centuries to rescue Richard from his critics and supporters alike, providing a balanced and compelling portrait of this most infamous of kings.

It was evident, from the skeletal remains, particularly the skull, that Richard had suffered a violent death blow to the head. The man responsible had sworn loyalty to him only a few months earlier. The Man Who Killed Richard III was Rhys ap Thomas, a Welsh lord, master of Carew Castle in Pembrokeshire. For his service that day he was knighted on the field of battle by Henry Tudor.

As archaeology was the physical part to finding Richard, the science also helped to verify the bones. The Bones Of A King – Richard III Rediscovered explains the scientific evidence behind his identification, including DNA retrieval and sequencing, soil samples, his wounds and his scoliosis, and what they reveal about his life, his health and even the food he ate. The book features more than 40 illustrations, maps and photographs and builds an expansive view of Richard’s life, death and burial, as well as accounts of the treatment of his body prior to burial, and his legacy in the public imagination from the time of his death to the present.