Remembering the City of Benares tragedy 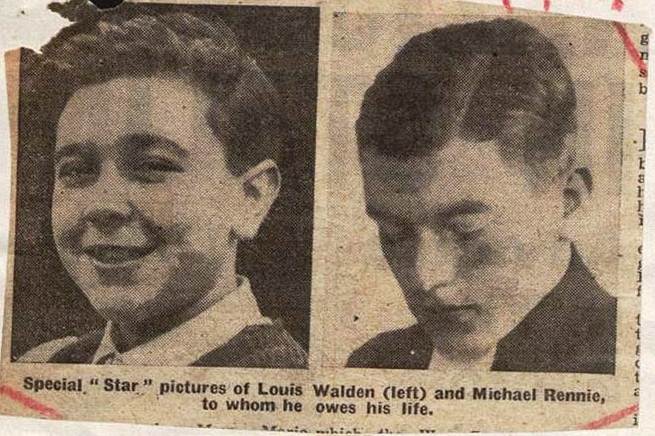 Michael Rennie was one of the victims of the disaster: he was an escort with 14 children evacuated in a lifeboat (catalogue reference: DO 131/80)

A couple of months ago, I wrote a blog on the torpedoing of passenger ship SS Arandora Star on 2 July 1940. Today, I turn my attention to a similar tragedy – but this time the victims were mainly child evacuees from the UK, looking forward to a safer existence in Canada, away from the danger of bombs, air attacks and invasion at home.

They were just some of the 2,664 children who were evacuated from Britain in 1940 to embark on new lives in Canada, Australia, New Zealand and South Africa. The scheme which transported them was a government sponsored scheme known as the CORB Scheme (Children of the Overseas Reception Board). It was not set up until June 1940, a few years after private schemes had evacuated some 14,000 children from Britain to new lives overseas as war neared.

It was a unique period in British history. In May 1940 the threat to the UK from German air attacks grew and the possibility of invasion heightened, leading to spontaneous offers of hospitality and refuge for British children from overseas governments. These began with Canada on 31 May, where the government forwarded offers from private households to the UK government. In a few days similar offers were received from Australia, New Zealand, South Africa and the United States. To coordinate the British response to these offers, CORB was established. Its terms of reference were: ‘To consider offers from overseas to house and care for children, whether accompanied, from the European war zone, residing in Great Britain, including children orphaned by the war and to make recommendations thereon’.

CORB and its advisory council dealt with applications for settlement; sorting, selecting and approving the children; contacting the parents; arranging parties at the ports; and seeing them off. It also corresponded with the Dominions authorities about reception and care overseas and the eventual return of the children after the war. 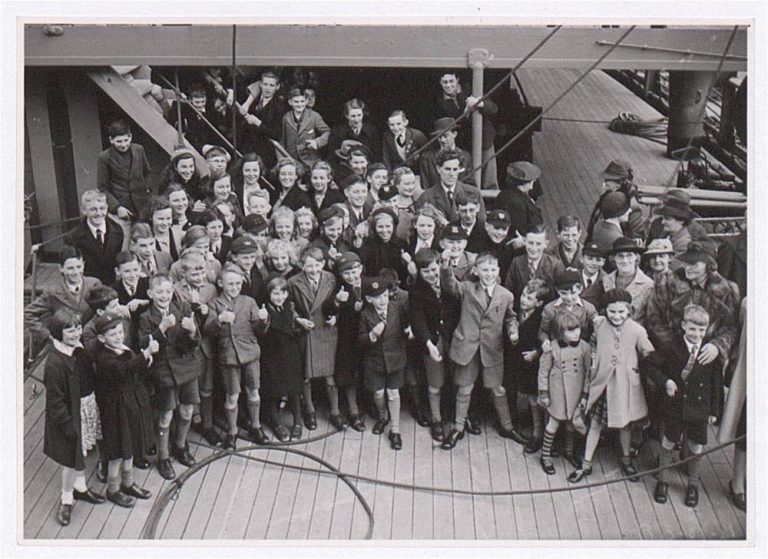 Unlike those children sent abroad by institutions such as orphanages, for CORB children theirs was a temporary exile, at least in theory; they had homes and families to return to after the war.

From the very start of the operation between June and August 1940, the popularity of CORB was assured. Parents were prepared to endure indefinite separation to know that their children were living in safety, and the Board was inundated with over 200,000 applications before deciding to suspend further entries in early July. Most of the chosen children lived in areas deemed more vulnerable to air attack; some also came from families already split up by evacuation within Britain. The authorities agreed to provide a proportion of accommodation for Scottish applicants, and each sailing party was selected with care to represent a cross-section of society.

In total, CORB despatched 2,664 children, who became known as ‘Seaevacuees’, over a period of three months on 16 ships. Canada received the bulk of them – 1,532 in nine parties. Three parties sailed for Australia, with a total of 577 children, while 353 went to South Africa in two parties and 202 to New Zealand, again in two parties. A further 24,000 children had been approved for sailing in that time and over 1,000 escorts, including doctors and nurses, enrolled. At its height, CORB employed some 620 staff.

The sinking of the City of Benares

Many more would have travelled overseas had it not been for the disastrous events of 17 September 1940, when the SS City of Benares – packed with 197 passengers, including 90 children – was torpedoed and sunk in the Atlantic. The ship, sailing from Liverpool to Canada, was struck down at 22:00, when it was 600 miles from land. Many later claimed such an event was bound to happen, and that shipping children overseas had been an extremely perilous course. 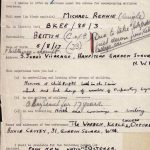 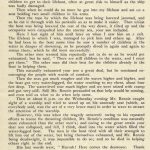 The consequences of the attack were devastating, even by wartime standards, and it marked the effective end of all overseas evacuation from Britain, both public and private. 70 CORB children were among 134 passengers killed, along with 131 of the 200-strong crew; loss of life was exacerbated by severe weather in the night, including gale-force winds, storms, rain and hail. The ship, built in 1936 and weighing 11,000 tons, had been fitted with up-to-date facilities for carrying passengers, with special provision for children. One of the last CORB vessels to sail, it had passed safety checks from Ministry of Shipping representatives prior to sailing. It left Liverpool in convoy on 13 September, with lifeboat accommodation for 494 people and additional buoyancy apparatus for another 452; regular boat drills were held on the voyage. Yet the combination of weather, darkness and isolation was to result in a death toll that shook Britain and its allies, and became one of the war’s most notorious events.

Although evacuation ceased when the SS City of Benares was torpedoed in September 1940, CORB remained active. It was only disbanded, along with the advisory councils, four years later, at which point the perceived German military threat had diminished.

Insight into the lives of CORB evacuees

But what happened to the children evacuated before the City of Benares tragedy? The series of records DO 131 provide a fascinating insight into the lives of these children, including their names, dates of birth, their parents’ details, information about where they were placed on arrival overseas and how they fared in health, and at school and in employment. The cards also reveal if they returned to the UK after the war ended or whether they decided to stay in their adopted country. Some withdrew from the scheme and eight unfortunately died while in placement.

The cards reveal both happy and sad stories. Some children settled well with the placements, while others didn’t. John Parry had five different placements in Canada between September 1940 and January 1943 and withdrew from the Scheme, returning to the UK in August 1944. Meanwhile, 14 year old John Doughty was placed with his grandmother in Hobart, Tasmania and settled extremely well, taking a junior post at the Mercury newspaper in 1942 and joined the Australian Imperial Forces in 1944, eventually settling in Australia with his parents joining him soon after the war ended.

In the Health reports, children’s illnesses ranged from standard submissions such as rheumatism, laryngitis, shingles, mumps, whooping cough, and diphtheria to the more unusual such as ‘cricket ball has injured tooth’, ‘broken leg’ and ‘fell off bicycle and broke wrist’.

Under the terms of CORB, children were due to return only ‘as soon as practicable’ after the end of the war, and many were away for four or five years. In that time they forged new family ties and were shaped by a country outside their parents’ experience. Ronald Daw, for example, remained permanently: his mother had died in February 1941 when he was seven, and his placement guardians Mr and Mrs Mayhill applied for guardianship. Violet Oades stayed for other reasons. She was one of the oldest CORB children, evacuating to New Zealand at the age of 15 in 1940. By the time the war had ended she was engaged to be married, and did so in 1946.