March 2017: we were sipping 1930s-style cocktails in a small, packed room above Freud’s Café bar just off Shaftesbury Avenue in London’s West End. Luxurious silks and materials adorned the walls and ceilings, with divan beds and cushions on the floor bearing Far Eastern designs. Tables made from barrels and wooden chairs were dotted around the dimly lit room and a smoky atmosphere was recreated with a well-placed smoke machine. In front of us, legendary music hall performer Fred Barnes (played by Chris Green) was singing his most popular musical number ‘The Black Sheep of the family’, all to a soundtrack provided by Charlie the accordion player. Welcome to the Caravan… 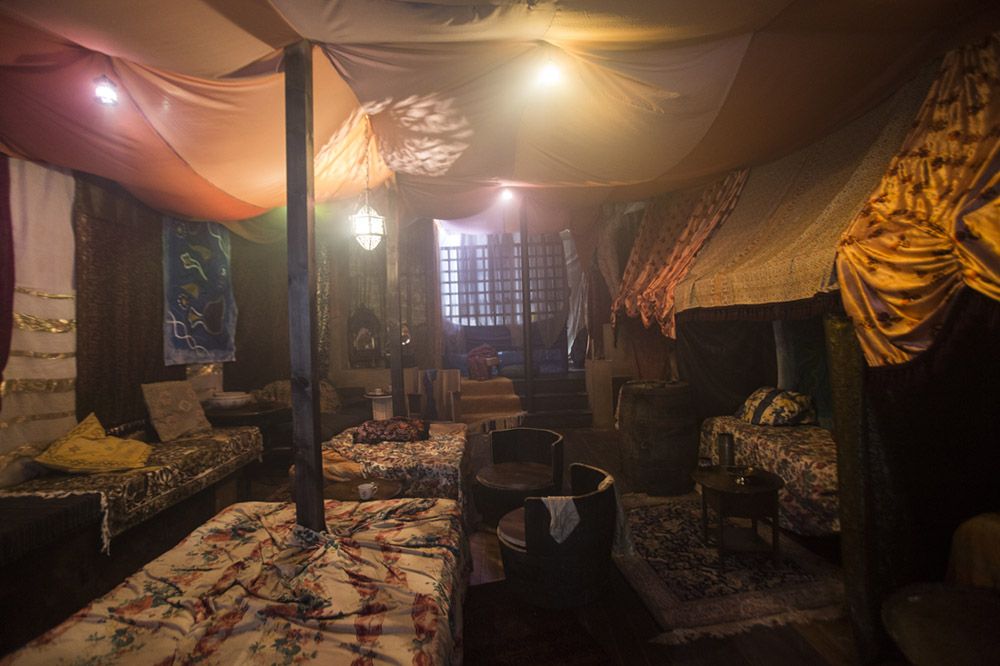 The interior of the Caravan, 2017 – Sophia Schorr

In March, The National Archives and the National Trust joined forces for the first time to recreate London’s ‘most bohemian rendezvous’ and queer-friendly club, The Caravan. Raided and closed by police in 1934, The Caravan was described as ‘the most unconventional spot in town’ and was one of a number of commercial underground clubs in London’s West End where men could freely meet, socialise and undertake relationships with other men.

To mark the 50th anniversary of the partial decriminalisation of homosexuality, brought about by the 1967 Sexual Offences Act, ‘Queer City: London’s Club Culture 1918-1967‘ sought to tell the important story of many similar clandestine LGBT+ places that were raided and closed by the police and to revive the spirit of the Caravan at almost the exact location of the original club. 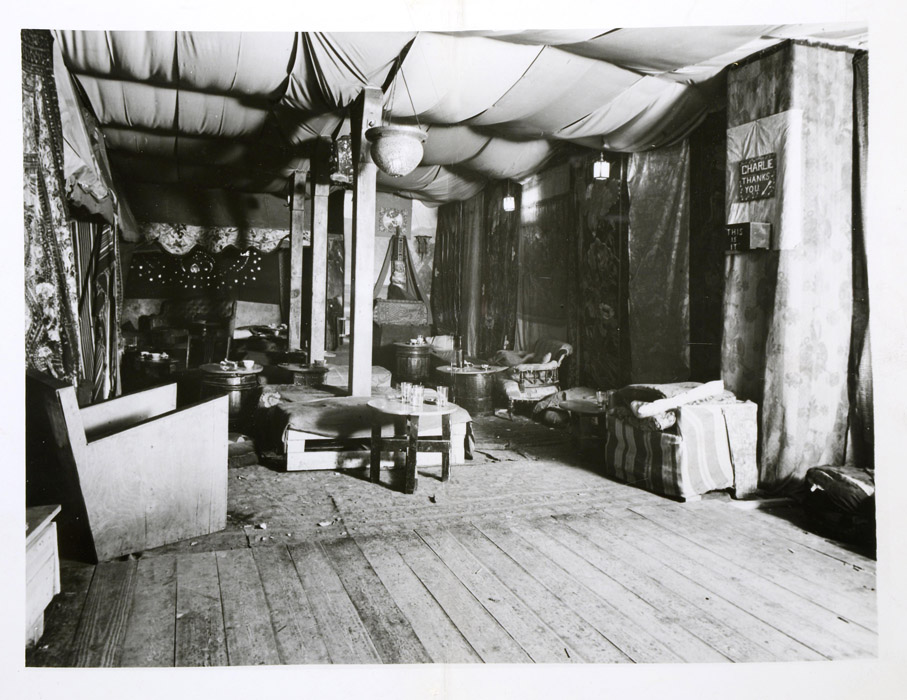 Sadly, we know so much about The Caravan because of the very fact it was raided and closed and its owners were sentenced to hard labour. Documents held at The National Archives – including Metropolitan Police witness statements, court proceedings and photographs taken following the raid 83 years ago – give us a sense of what frequenting The Caravan may have been like. Love letters between men who attended the club, found stashed in hiding places after the raid, are a poignant reminder of the hidden lives these men were forced to live.

It was these rich original documents that were used as the inspiration and starting point for Harry Ross, Helen O’Neil and their team to create a powerful immersive experience based on what we know about the club and its members from the material that survives. Almost 83 years later, the Caravan was once again open for business.

At the door we were invited to step back into 1930s Queer London and become members of the secret ‘Caravan Society’ by signing a replica member’s book. As we entered the smoky packed club we were introduced to our host: actor, singer and director Ralph Bogard, suitably dressed in 1930s attire. ‘Welcome to the Caravan’, he declared, ‘where anything can happen’… 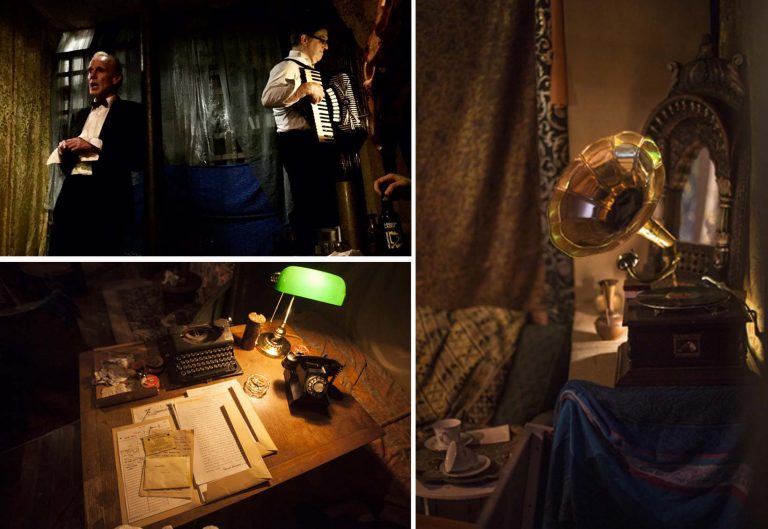 What followed was a rare treat of some of the finest queer cabaret, vintage DJ’s, music hall artists and contemporary poets London had to offer, all set against the backdrop of undercover  police investigations and raids on queer venues. In the daytime a dedicated team of National Trust volunteers led visitors on a journey through queer London exploring some of the spaces where a thriving queer community lived, worked and partied in and around Soho, Covent Garden and Fitzrovia in the early part of the 20th century: the legendary ‘Billie’s’ club around the corner on Little Denmark Street, and the hub of queer black London, ‘The Shim Sham’, which stood on Wardour Street.

Like many underground clubs of its era, the Caravan only remained open for a short while before a letter signed by ‘some rate payers of Endell street’ alerted the police to ‘the sexual perverts, lesbians and sodomites’ that frequented it. But despite being under constant threat of police raids and arrests, queer venues like the Caravan remained important hubs for men and women to express their sexuality and love freely. In this anniversary year, ‘Queer City’ celebrated the stories of these clandestine spaces offering a valuable window into queer club culture and the everyday prejudices faced by the LGBT+ community in the early 20th Century.

The significance and spirit of the project was captured by one visitor after an evening at the club;

‘For those few nights, a comet blazed across Soho, and all of us had a place where we could be glorious together and set the world on fire. We had the Caravan Society, and I can only hope that its light shines on into the rest of this year.’ 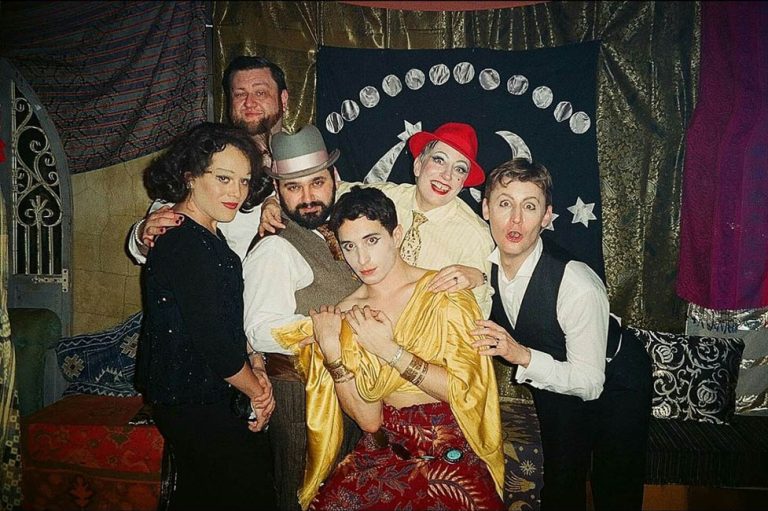 Please note: some visitors may consider this material suggestive or inappropriate for younger viewers.