Set cookie preferences
Home > Blog > Records of the revolution: what did the 1960s do for us?

Many of us are aware of the saying, ‘If you can remember the 60’s, you weren’t really there’, a reference to the dizzying, sometimes drug and alcohol induced climate that seems to mark that decade.

For me, this saying does a great disservice to a challenging and exciting period of history. Our records of the events of the 1960s have recently inspired a partnership project involving The National Archives, the V&A Museum and students of Wren Academy, snippets of which can be seen in this film.

The National Archives’ collections from this period cover both the sobering and the frivolous, from the war in Vietnam and the introduction of new legislation protecting women, gay and migrant groups to the rise of the UK’s fashion industry or concerns over the increasing popularity of pirate radio. Gaining in strength throughout is a new voice; that of a young, more affluent generation determined to shake off the shackles of the conventional in favour of the ‘modern’. In the 1960s, this voice appeared to be concerning a large number of people. 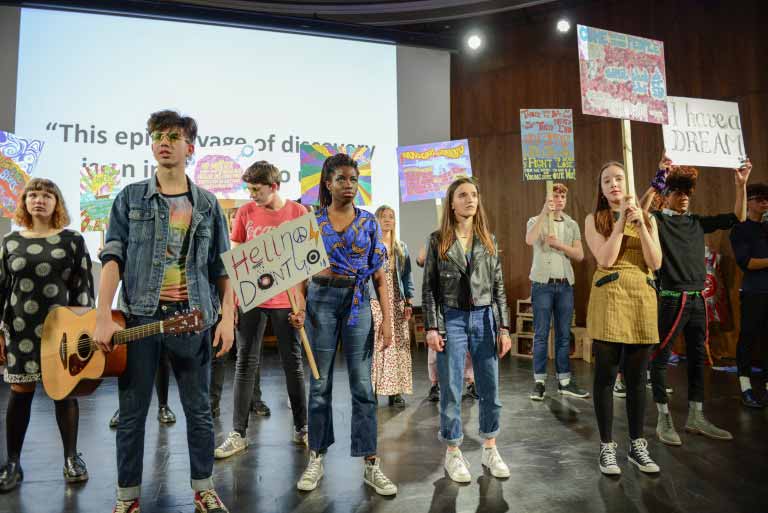 This new voice was to be heard throughout the student-led project entitled ‘Records of the Revolution’. From summer 2016, we worked with art, drama and history secondary students using exhibits and records to encourage an understanding beyond the music and the psychedelia; the aim was to create a performance to be held at the V&A. There followed a period of intensive research, with talks and workshops by colleagues at The National Archives and at the school, and a visit to the V&A’s groundbreaking exhibition You say you want a revolution? Records and Rebels 1966 – 1970. In spite of the seriousness of our quest, some enthusiastic and immersive education on 1960s music was also deemed necessary by quite a number of the teachers and staff involved…

How could we represent this tumultuous period of history both in performance and set design? This was the challenge set for Wren Academy and they responded in style. The Art students dedicated themselves to the preparation of a magnificent set including colourful mannequins, ‘television set’ cabinets of curiosity depicting trends and news of the time and even an amazing ‘mini’, made from cardboard and brown paper providing a nod to the ecological trends of the day. Colourful banners pushing anti-war or other slogans provided vibrant props for the drama students throughout the performance. 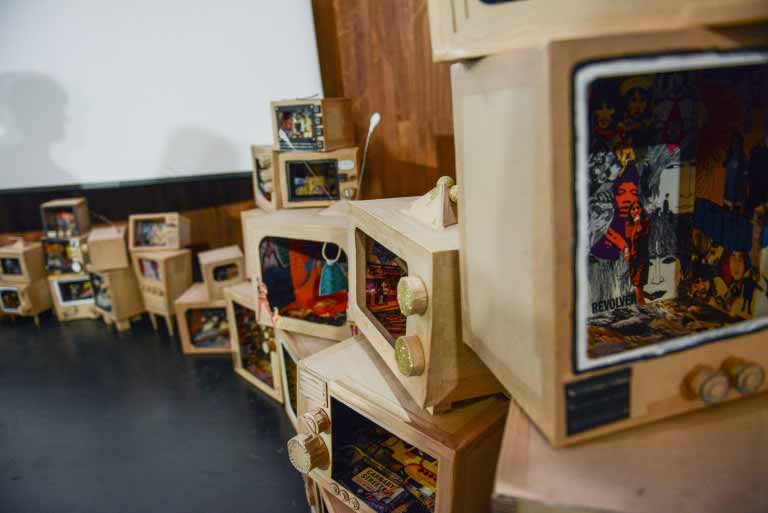 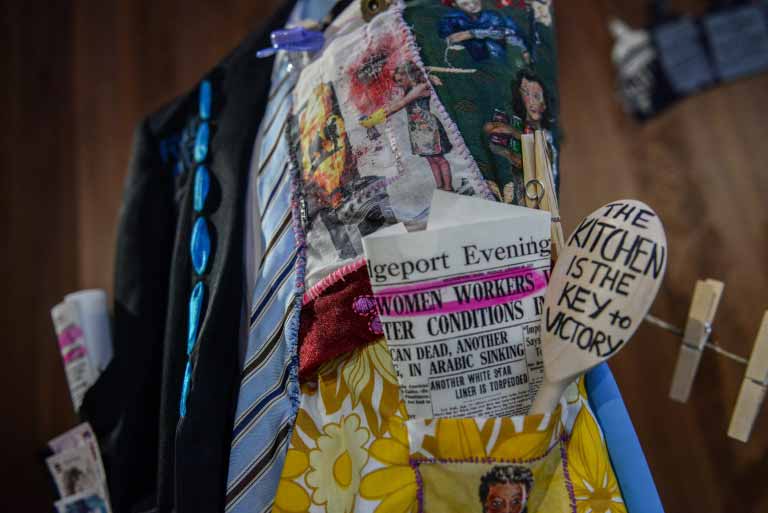 The performance, held at the V&A last month, was powerful and energetic. The students had used our online education overview of the 1960s to inspire their performance, juxtaposing scenes of warring Mods and Rockers mingled with Beatles-crazed fans and Carnaby street fashion. Alongside scenes of women fighting for equal rights was an Apollo moon landing, the advent of pop festivals. All of these scenes were punctuated by evocative music of the period, from The Who to Nancy Sinatra. For copyright reasons, you’ll just have to trust us on that one!

‘Working on projects like these, with enthusiastic and committed schools and The National Archives, gives us the opportunity to open up curriculum areas in ways that can’t easily be replicated in the classroom. Students experience at first hand and sometimes for the first time, archives and objects and realise that they are, really, what we have left of the story of others’ lives. This is particularly poignant for the decade that did so much to celebrate “Youth culture”.’ 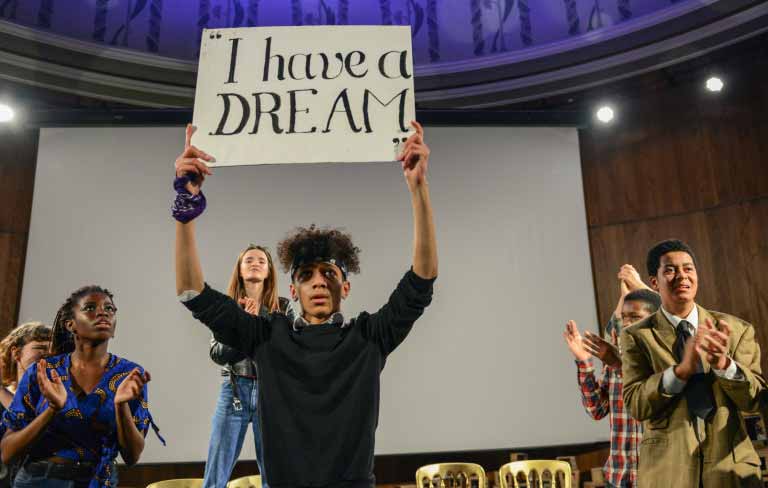 However tempting it might be to think of 1960s youth culture as festivals, miniskirts and pop music, the most powerful scenes from the production were those that confronted very challenging themes – racism, human rights and inequality. The students made moving reference to Enoch Powell’s anti-immigration speech ‘I seem to see the River Tiber foaming with much blood’ and conveyed a longing for a better world where war has no place.

Towards the end of the performance, they inverted a statement taken from a telegram sent by Harold Wilson to US President Nixon on the occasion of the Apollo moon landings (catalogue reference: FCO 55/351) asking, ‘Was this epic voyage of discovery an inspiration to us all?’

When the lights faded at the end of the performance and before they took their bow, these talented individuals spoke – movingly and without rehearsal  – of their own concerns today: racism, a housing crisis and economic instability, all issues that we face currently. Through a moving rendition of ‘We shall overcome’ they remind us of the need to remain unified but also that revolution is as relevant today as it was fifty years ago for those campaigning for human rights.

The standing ovation at the end was spontaneous and well deserved. We hope this film gives you a sense of the hard work and achievements of these young people but, really, maybe just as it was in the 60s: ‘You just had to be there, man!’