Reading about the Great Escape 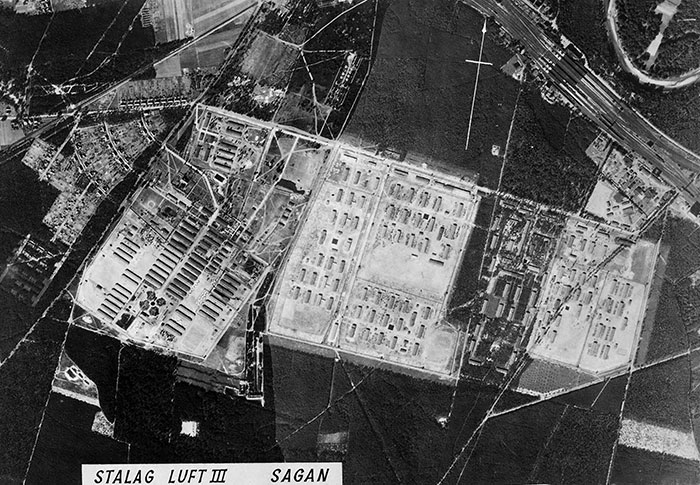 During the Second World War, more than 100,000 British servicemen were captured by the Germans – many from conflicts such as the RAF bomber offensives over Germany, the Battle of the Atlantic, and the Allied invasion of north-western Europe.  Once taken prisoner, the men would be separated into the various German war camps, according to their rank.  Colditz was one of the most notorious prisons used for Allied officers, as was the infamous prisoner of war camp, Stalag Luft III, where – 70 years ago – the Great Escape took place. 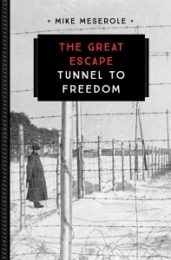 In the spring of 1943, a mass breakout of Allied aircrew was planned by Squadron Leader Roger Bushell, a captive RAF Officer at Stalag Luft III, Germany.  Three tunnels were constructed which were code named Tom, Dick and Harry, stretching over 300 feet to the outside of the camp’s perimeter fence. The prisoners scavenged and stole materials for the operation. They stripped wooden bed boards to build ladders to support the tunnel walls, and used blankets for soundproofing, tin cans for digging, and a stolen wire for lighting that was hooked up to the camp’s electrical supply. By the time the tunnels were ready, over 100 tons of sand had been excavated and cleverly removed.

On the night of 24 March 1944, the prisoners (dressed in civilian clothes) were pulled, one by one, through a tunnel to freedom… or so they thought.  In The Great Escape: Tunnel To Freedom, read about the tunnel king, the ex-cons and the penguins. You can also find details of the forgery factory, nicknamed ‘the Dean and Dawson travel agency’, and detailed accounts from beginning to end of this historic journey. Illustrated with black-and-white photographs, this book takes you through the incredible story of the planning, effort and courage of all the prisoners involved.

Although 76 men escaped that night, only three made it home to the UK. Twenty-three were recaptured and sent back to Sagan; Hitler, ignoring the Geneva Convention (to protect prisoners of war), ordered the execution of the other 50 men, including Roger Bushell.  The book Escape from Stalag Luft III: The Memoir of 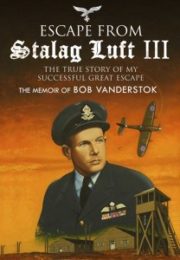 Bob Van der Stok is a true story of one of the 76 men who escaped. It is a personal account of the night he risked his life as the 18th man to crawl beyond the barbed wire fence of Stalag Luft III.  In fact, the 1963 film ‘The Great Escape’ was largely based on this autobiography, portraying his character as an Australian called Sedgewick, played by James Coburn.  In this book, you will read about Stok’s escape journey through Europe, across the Pyrenees and back to England, and some of his other wartime experiences as a Spitfire pilot.

However, the story of a young Australian man, called John ‘Willy’ Williams, wasn’t so lucky.  A medical student turned Squadron Leader and Second World War ace, he was shot down in the Western Desert in 1942, ending up in Stalag Luft III. He was among the prisoners in the Great Escape who made it to Czechoslovakia, along with two others. Unfortunately, they were captured by the Gestapo: they were driven deep into the forest near the town of Most and shot. John was just 24 years old. His niece Louise Williams has pieced together his life in the book Great Escaper. It is a powerful and intimate story about his upbringing in the Depression, his exploits in the air and the missing details of the tragic escape all those years ago. 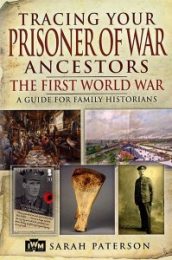 Did you know that, in 1940, the British military intelligence MI9 had a lightbulb moment and invented special maps to help prisoners of war escape? They were lightweight, printed on silk and tissue paper, and were to be used by British aircrews to evade capture if they were shot down over enemy occupied territory.  MI9 would smuggle the maps into POW camps, hidden inside everyday items such as Monopoly boards, chess sets, cricket bats and playing cards… how ingenious!  Fascinating stories of secret maps used by prisoners of World War II can be found in Great Escapes: The Story of MI9’s Second World War Escape and Evasion Maps. If you like military intelligence, you will enjoy the history of MI9’s secret mapping programme and how it helped the war effort.

And last but not least… If you want to trace an ancestor who was captured in war, get a copy of Tracing Your Prisoner Of War Ancestors.  It is a great handbook with a wide range of detail, showing you how archives and records can be used to track down individual prisoners and uncover something of the lives they led in captivity during both the First and Second World Wars.