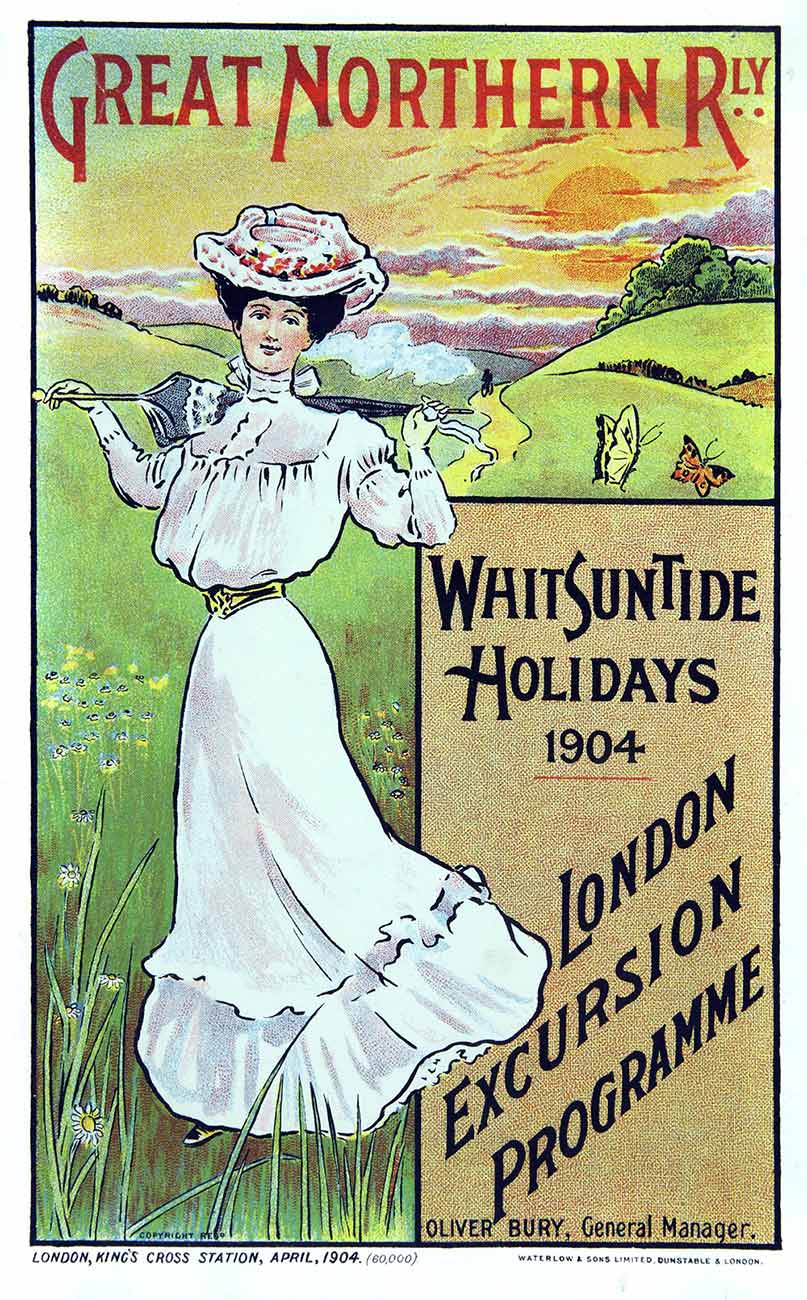 Flying back from my summer holiday this year there wasn’t a lot of conversation on the plane, just a spare seat next to me and plenty of thinking time! So my thoughts turned to wondering where to go for my next holiday; maybe take a train along the south coast?

Trains cause frustrations at times but where would we be without them? Waterloo station has always been the main starting point of travel for me and it is so rich in history and ghosts of the past. I can’t help thinking about the evacuee school children of 1939, and the thousands of men who were transported to enemy lines. In Railways of the Great War Colette Hooper and Michael Portillo explore some remarkable stories, from the exploits of railwaymen at the Front to the secrets of railway spies who worked behind enemy lines, as well as the manufacture of munitions in railway workshops. The book also explores the ways in which Britain’s locomotives, railway companies and skilled railway workforce moulded the course of the conflict, from mobilising men and moving weapons to transporting food for troops.

Did you see the programme ‘Great British Railway Journeys’, in which Michael Portillo took different train journeys inspired by Bradshaw’s Handbook? The Handbook is a copy of the actual book (original produced in 1863) and is often referred to as Bradshaw’s Guide. It was the first national tourist guide specifically organised around railway journeys in Britain. If you know a railway enthusiast, historian or traveller, this leather-bound book would make a fine Christmas present and a collector’s item!

If you have already booked a journey and are in need of something to read on the way, we have Daniel Defoe’s Railway Journey, which is flying off our shelves at the moment! The book describes a journey undertaken by two eccentric pensioners as they travel every mile of railway track in the UK mainland. Influenced by the ghost of writer and spy Daniel Defoe, who completed his own journey in the 1720s, Stuart Campbell describes their adventures and the people they meet along the way. Just the ticket to while away those moments as you are transported to your destination!

I have only seen and heard a steam train from a distance. I watched the film The Railway Children with childish enthusiasm but I have never ridden aboard one. For fanatics of the steam-train era Railway Maps of Great Britain, 1924 is a must have! The early 1920s were an exciting time for Britain’s intricate network of railways, amalgamating dozens of small companies into a system monopolised by the ‘Big Four’ – the LNER, the GWR, the SR and the LMS. The Grouping Act, implemented in 1923, transformed the way that the nation travelled. This box contains a set of maps which surveys the four routes, describing their construction, operation and the iconic express trains that served them in the days of steam.

The Railways: Nation, Network and People reminds me of my sociology studies for O Level, back in the day. In relation to the subject of transport and trains, it is a highly recommended and informative read. It reflects a story of technological achievement of Britain’s railways; of architecture and engineering; of shifting social classes and gender relations; of safety and crime; of tourism and the changing world of work. Using fresh research, keen observation and a wealth of cultural references it explores the evolution of Britain’s trains and the changing experiences of passengers and workers. It is amazing how a study of the railways reveals so much about the changing nature of our wider society.

We may complain about them but trains were and, to an extent, still are a part of the lives of a very great many people. A study of railways is a study of Britain!