Read about child evacuees in the Second World War

One of my favourite books as a child was ‘The Lion, the Witch and the Wardrobe’ by C S Lewis, a story about four siblings who are evacuated from London during the Second World War to escape the Blitz.  The children end up in an old country house, and are left to explore a large wardrobe in a spare room. Of course, the Lion, the Witch and the land of Narnia were fantasy, but in reality the story mirrored the new surroundings that children found themselves in as evacuees… 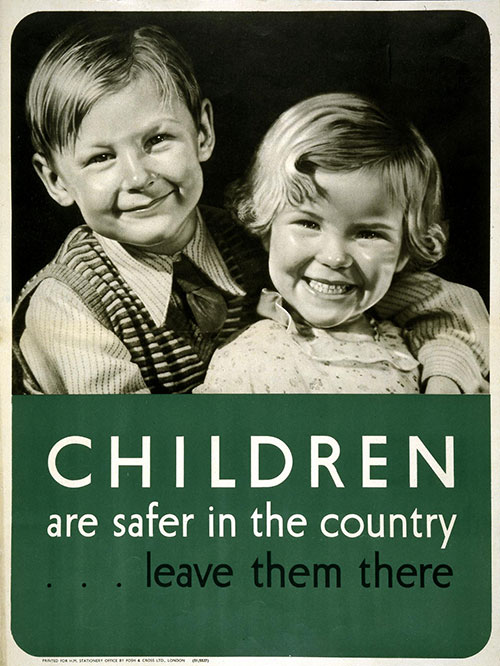 The mass exodus of civilians in Britain during the Second World War was designed to protect people – especially children – from aerial bombing, by moving them to areas thought to be less at risk.  In the summer of 1939, more than 3 million children were evacuated from London and other cities in ‘Operation Pied Piper’, while most parents stayed behind to work and help out with the war effort.

For many children, this was a time of great upheaval and the transition from one region to another was extremely stressful, as you can imagine.  Children were lined up outside schools and stations, clutching small backpacks with gas masks and one toy each, identified only by a name tag.  After the tears and goodbyes, it was off to the scary unknown: to families they’d never met, to places they’d never even heard of and, in some cases, overseas.

Although England and France declared war on Germany in September 1939, the start of the war seemed to be a long time coming.  Bombing was non-existent until May 1940 and the lull in proceedings, known as the ‘Phoney War’, led to many parents of evacuees bringing their children home. ‘Evacuees of the Second World War’ explains in detail the uncertainty of the Phoney War and the government’s plans for evacuation up to the homecomings of 1945 and the aftermath. 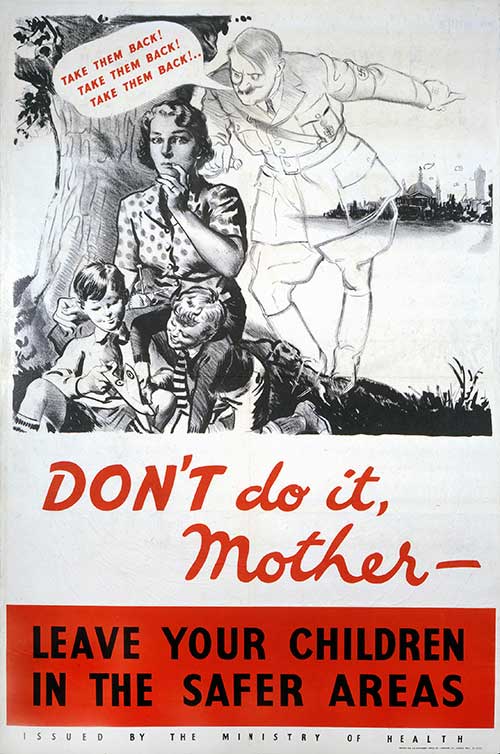 For some urban children, separation was their first taste of living in the countryside or abroad: not all of them found the change easy to adapt to. Some children were treated badly; others, however, found new friends and enjoyed new experiences. At the same time, parents were heartbroken to see their families divided, and the process wasn’t always the answer to securing children’s safety. The book ‘Evacuees: Children’s Lives on the WW2 Home Front’ is a fascinating insight into how these children dealt with family separation during the war.  It reads from a collection of stories from former evacuees: these include personal memories and accounts of what it was like to settle into a new home with strangers, often staying for years. There are additional descriptions of the many who experienced life in the countryside, some escaping inner-city poverty and others enduring ill-treatment and homesickness.

Along the same lines, ‘Voices of the Second World War: a Child’s Perspective’ is a highly-recommended book, which describes different experiences of young evacuees across the world, and not just from England. It is a collection of chronicled true stories that draw on the memories and experiences of real people – who were children during occupation, bombing, deprivation, starvation and fear – from countries such as Russia to the Channel Islands and from Norway to Malta. 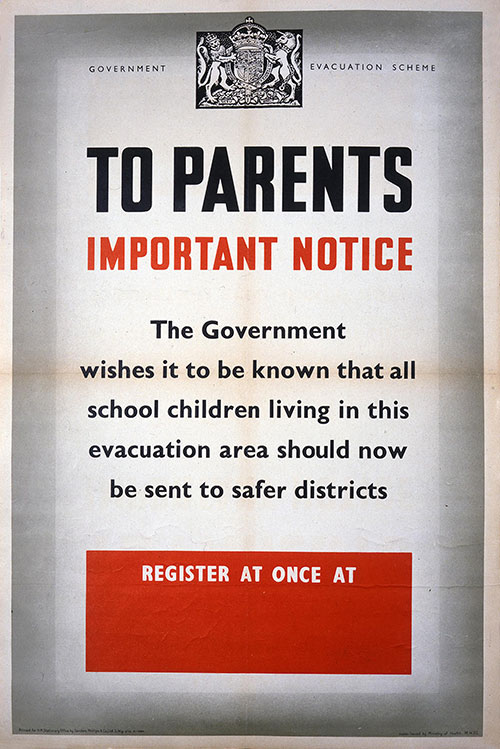 When the War ended in September 1945, the evacuees could finally return home, although coming back to city life was just as emotional as when they left.  Some children found their houses had been bombed or their families had departed, or no longer wanted them; many were now four or five years older and their appearances and accents, outlooks and preferences had changed. ‘The Pitkin Guide to Evacuees’ covers the legacy of behavioural issues of returning children and the effects on the school system. It also explains the practical challenges of re-housing thousands of displaced children in small villages and towns in Britain.

The evacuation period officially came to an end in March 1946. On balance, although ‘Operation Pied Piper’ had caused unexpected long-term trauma, without the mass evacuation the death toll in the Second World War would, undoubtedly, have been much higher.  For most, it was a happy reunion and brought an end to a prolonged period of fear, confusion and separation.