I have been looking at some of the photographic and visual information held in The National Archives while on a placement undertaken as part of my Public History MA course at St Mary’s University, Twickenham. You never quite know where or what a search will lead to: I recently discovered that searching for the phrase ‘holiday snaps’ on Discovery, The National Archives’ catalogue, led to 11 results, ten of which were linked to Ramsay MacDonald.  Ramsay MacDonald (1866-1937) was the first Labour Prime Minister, serving first for a few months in 1924 and then from 1929 to 1935.

In the past, material that might today be sent to a university library, or a specialist archive, was sometimes accessioned by the Public Record Office, the forerunner of The National Archives. It would be categorised as a ‘gift or deposit’– and this perhaps explains the unlikely presence of Ramsay MacDonald ’s holiday photos in the collection.

While they are most obviously of interest to a biographer or family historian, these photos also belong to the history of amateur photography. They also illustrate the study of holiday snapshots, and travelling abroad. George Eastman introduced the first Kodak handheld film camera in 1888 with the slogan: ‘You press the button – we do the rest’.

One of the oldest items is a photograph album of Scotland dating from the 1890s. This album, with mostly empty pages labelled with destinations outlined in a handwritten index, is mostly full of intentions to take more photographs. Small, blurry, black and white photographs of Lossiemouth, Edinburgh and other places in Scotland illustrate the disappointing results that were a common experience in the age of film. My first efforts taken in the 1960s with a Box Brownie and then a Kodak Instamatic camera weren’t much better. 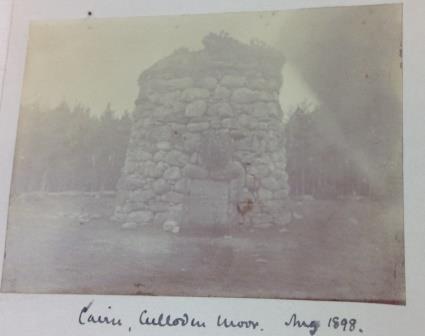 One album, dated 1906, records a visit to Algeria and Tunisia. Conserved in 1988 (PRO 30/69/942), it includes the paper wallet that the processed photographs would have arrived in. The front cover shows the Kodak girl in her distinctive black and white striped dress.

This album includes a striking image of ornate brick facades. But where or what is this building? 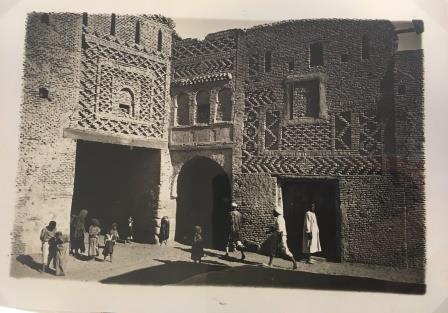 The back of the photograph is stamped with the name R PROUHO – Hussein-Dey (Algerie). According to the French National Library, René Prouho (1879-1970) was a professional photographer who installed himself in Hussein-Dey, Algiers, in 1911. 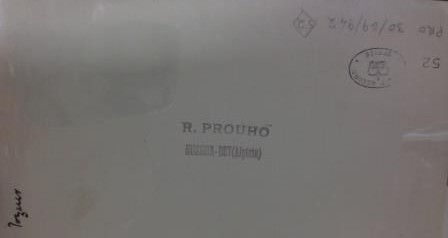 After an evening’s searching online I was able to identify the location as the oasis town of Tozeur in Tunisia. This makes sense of the name scrawled in ink: the photograph is probably one of the Medina. This five-year difference in dates raises some questions, although it is unclear how the date of 1906 was determined. Perhaps Ramsay MacDonald visited the region twice and the two visits have been merged into one album?

Another album of faded, unlabeled images – this time of India (PRO 30/69/943), taken in 1912-1914. It demonstrates that the MacDonald family were, as so many families do, taking and keeping photographs where the four W’s (who, what, where and why) disappear into the mists of time. Where was it we saw the elephant? Where did the top of that pyramid go? 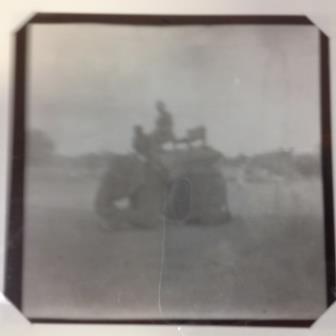 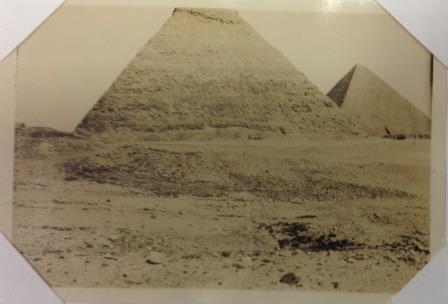 As well as the volumes of holiday snaps, two large albums contain a varied assortment of group photographs (PRO 30/69/1669 parts 1 and 2). Images from various formal dinners attended by Ramsay MacDonald sit alongside five pictures of the Parti Socialiste de Turquie taken on 1 May 1922 in Constantinople and a single photograph taken in Tbilisi, Georgia. In September 1920 MacDonald visited the Democratic Republic of Georgia (1918-1921) as part of a socialist delegation. I like this photograph for the sense of formal informality and the juxtaposition of defined and crumbled edges framing it, which somehow fit with what we now know to be the political fragility of that time and place. 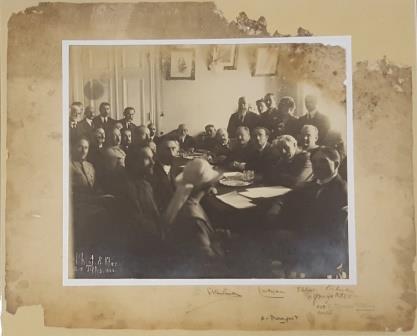 Even when the names have been lost, group photographs tell us something about the social mores of past times and places. Again, the back of a photograph can be informative; in this case, it tells us that the Standard Flashlight Company took photographs at a dinner held by the Council of Foreign Relations Inc in honour of the Right Honourable Ramsay MacDonald at the Ritz Carlton Hotel on 11 October 1929. 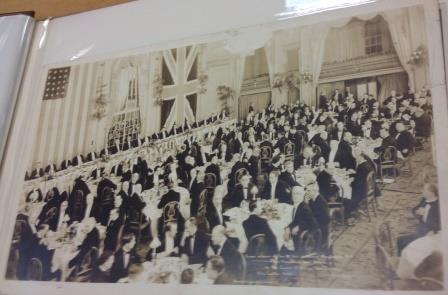 Probably of most interest to political historians are two large, black and white photographs taken at the Plumstead Radical Club on 20 April 1921, which show Ramsay MacDonald seated in the centre of a group. The way that this pair of photographs are mounted and labelled indicates that, for the people involved, a moment in time was being consciously frozen for posterity. Originally these photographs were stuck onto random cuttings from the Daily Mail, one of which coincidentally reports on a ‘Flounder Caught at Kew’:  this paper has been included in the album as part of the conservation process. The occasion that led to the taking of these photographs could have been an event held to thank the constituency workers who had supported Ramsay MacDonald in his failed attempt to be re-elected as an MP at the Woolwich East by-election held on 2 March 1921.

One group, all male, is made up of the Club Officers and Committee; the other, mostly female, consists of the Friends and Helpers. The women in their tailored suits and coats, some dressed up with the addition of a fur collar or stole, others with a brooch, are all wearing hats while the men are bareheaded. Although both men and women usually wore hats in the street it would have been considered most unladylike for women to appear hatless in a formal daytime photograph taken outside. 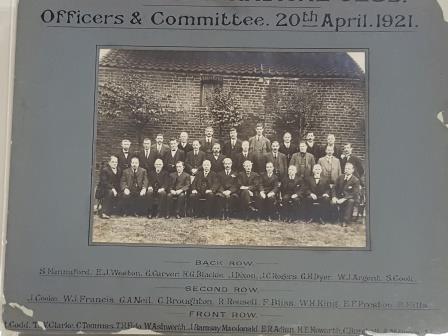 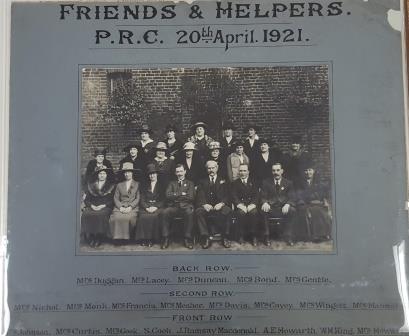 The overall impression of the men is of dark clothes, three-piece suits with watch chains across chests and some variation in the choice of collars and ties. While moustaches are still popular they are not universally worn. One man stands out not, just because he is the tallest but through his choice of jacket – a variation on the Norfolk jacket, similar to this one worn in a photograph by August Sander of a Village Schoolmaster taken in Germany in 1921. 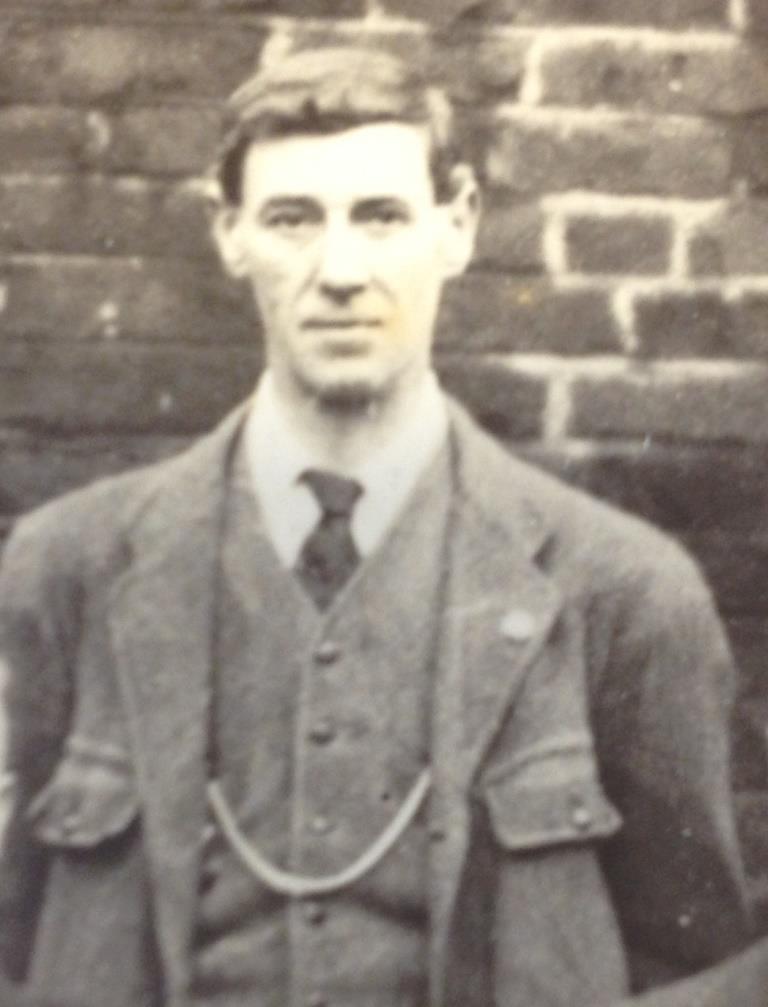 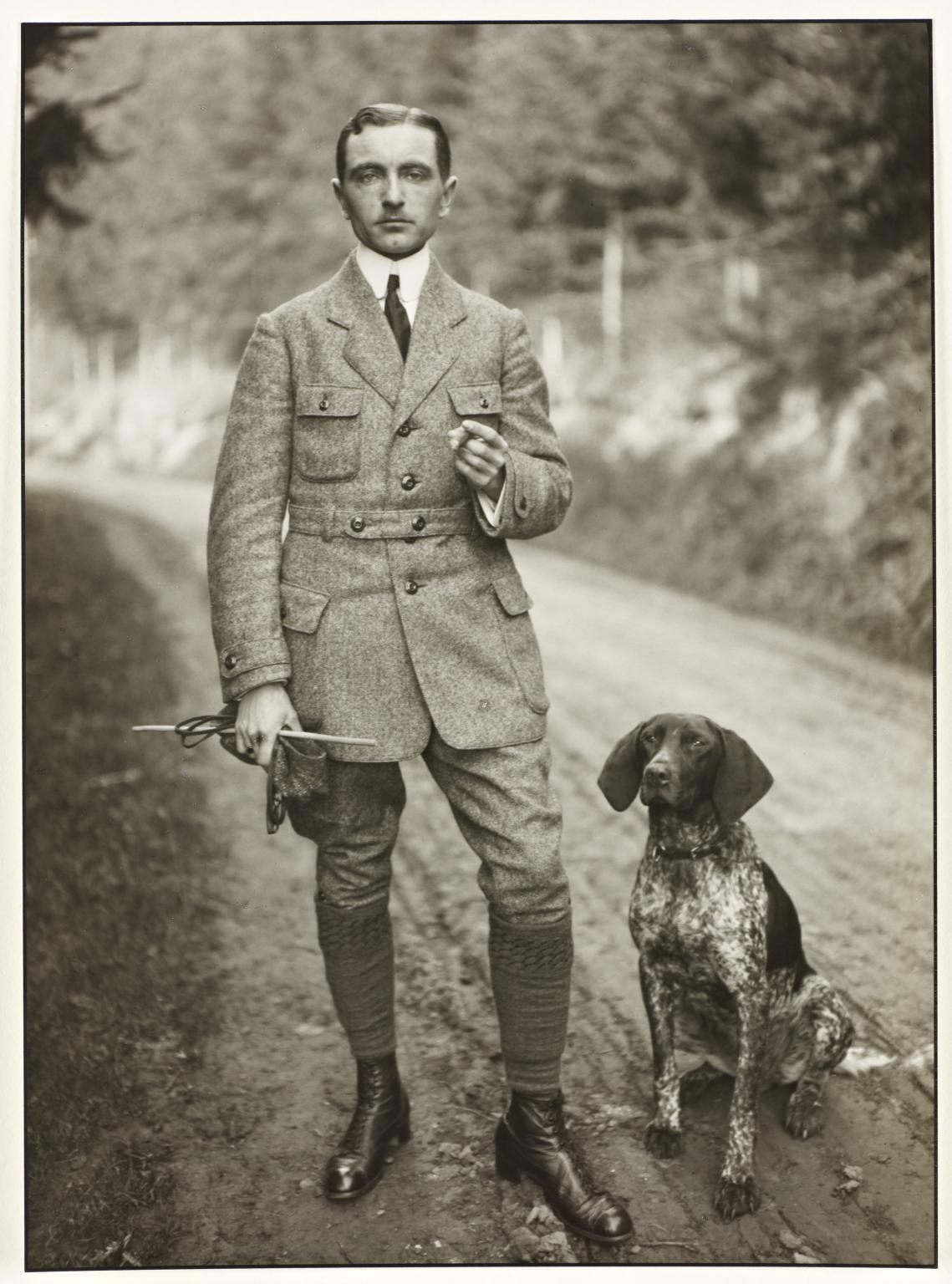 Photographs like these are fascinating for the costume designer or fashion historian as they show what real people wore and allow connections to be made between different pieces of visual evidence.

Just like Ramsay MacDonald, my holiday photos were not always the best, like this elephant probably taken at Whipsnade Zoo sometime around 1966-1967. The vagueness is because I am relying on my memory, not a label from the time the photo was taken! 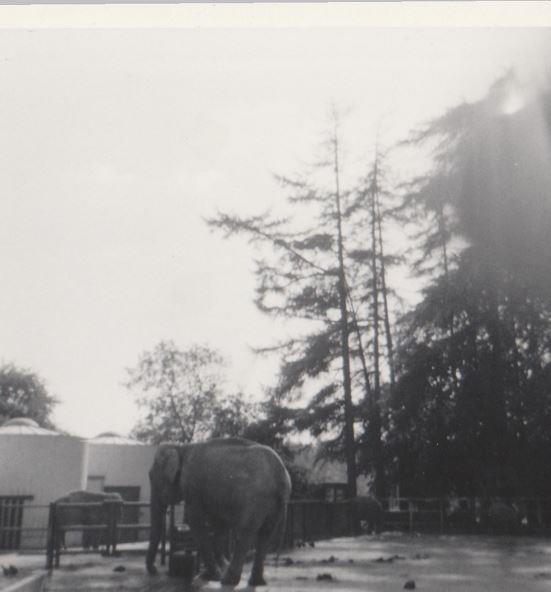 Author’s own photograph of an elephant.