An important part of our work in the Advice and Records Knowledge department is answering questions from the public regarding the records we hold here at The National Archives. In what we call ‘specialist referrals’ questions are filtered through to the staff member with the most appropriate specialism to answer, who will use their knowledge of the records and the context around them to respond as accurately as possible.

An enquiry came my way recently regarding the ‘Protect and Survive’ leaflets that were distributed by the government during the 1970s and 1980s in order to provide advice to members of the public should Britain be subject to a nuclear attack. I directed the enquirer towards some original documents – INF 6/2294, INF 6/2502, and INF 6/2531 – but my colleague suggested I take a look in the archive of public information films available on our website.

To celebrate the 60th anniversary of the creation of the Central Office of Information (COI) in 2006, a selection of some of their most memorable films were added to our website.  Indeed, amongst those are two made in 1975 relating to the ‘Protect and Survive’ series: one entitled ‘Action After Warnings’, the other ‘Casualties’. 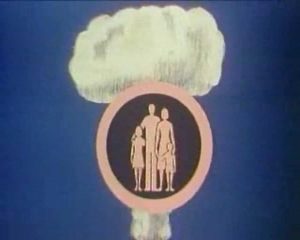 So, in the week following the closure of the COI I thought I might pick out five of my favourites:

The responsibility for making public information films will now lie with individual departments – such as the current Department of Health campaign warning of the dangers of secondhand smoke – ensuring that important messages are passed on to the public in an effective way. Indeed, while some of the statistics – road traffic casualties fell by three quarters between the 1970s and 2000s – indicate the success of these videos, they also require regular refreshment, with several new campaigns for each generation.

Since the closure of the COI the public information films themselves have been transferred to the BFI National Archive for preservation and will be presented to the public via a number of platforms, so they will continue to be useful educational and historical resources for generations to come. And keep the questions about your research coming in to us: you never know what kind of record you might end up seeing.