Prisoners of war and the Guinea Pig Club

As a volunteer Friend of The National Archives I have been assisting on the project to catalogue series WO 416, the German Index cards of Second World War British and Commonwealth Prisoners of War. You can find a full description of the collection can be found here; this is the second of a number of blogs we will be writing on the series until it is fully catalogued by 2021.

Each man (and woman, for there are some civilian women represented in this collection) would have had their own unique story of their incarceration to tell, but sometimes the index cards seem to demand a closer look. When I came to catalogue the cards for Flying Officer Maurice William Buttler, I was struck by some unusual features. There are 20 cards for this one man, when the average number is only one or two cards per individual. Fifteen of these are on red-coloured card, indicating hospital treatment. There are also four head-and-shoulder photos, three full face and one in profile. When it seems that a photo has survived with the cards for about one in ten individuals, it was a surprise to find four for one man. And, on closer inspection, it looked as though he had had recent surgery on his face. 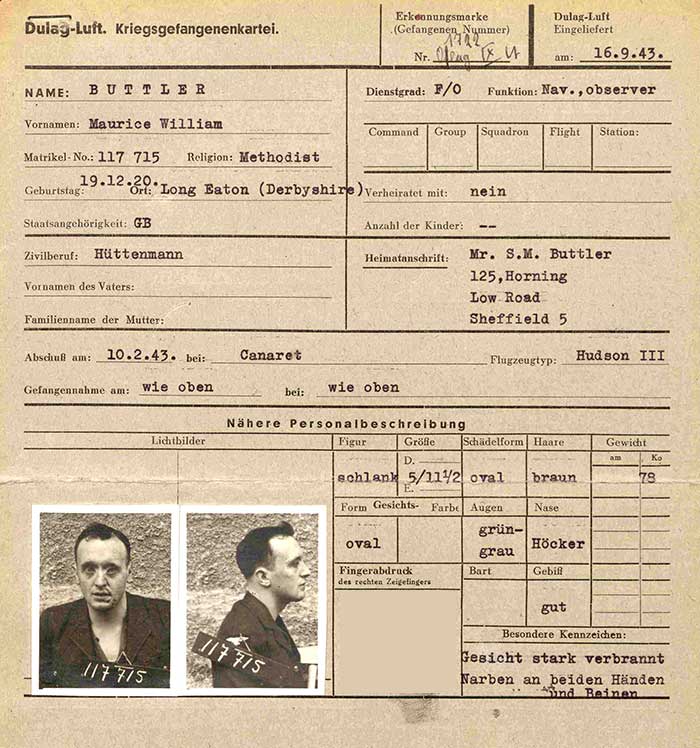 Some background research on Maurice Buttler quickly revealed that he was a member of the ‘Guinea Pig Club’. Membership was confined to those RAF and allied forces airmen who had undergone treatment for severe burns at the talented hands of plastic surgeon Archibald McIndoe at the Queen Victoria Hospital, East Grinstead, Sussex. I was intrigued to discover more about the Club and Maurice’s connection. 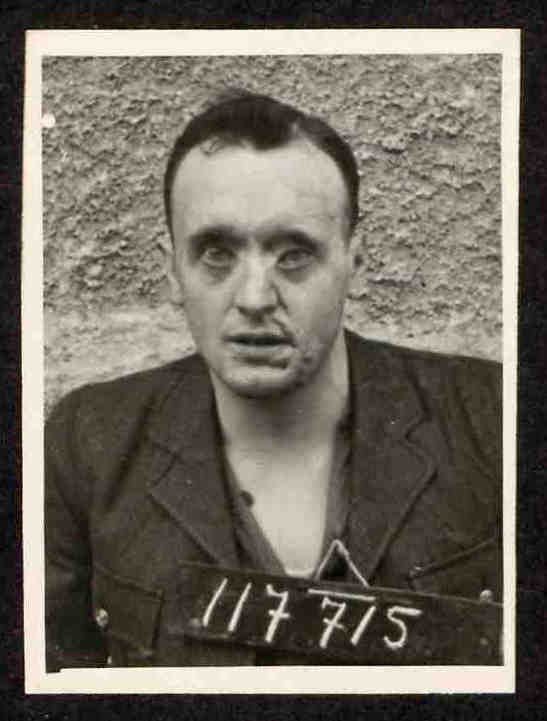 Archibald McIndoe’s regime at East Grinstead was an unusual one. He was appointed to run the RAF’s maxillo-facial unit as a civilian consultant and he never shirked from standing his ground against the authorities in the best interests of his patients. An interesting aspect to his work was his recognition of the importance of psychological healing and wellbeing in aiding the physical recovery of young, energetic men with life-changing disfigurements – especially as their treatment would encompass multiple operations and lengthy hospital stays, perhaps over a period of years. To this end, ‘Ward 3’, where the burns were treated, was run on informal lines with no set routines. McIndoe sought to replicate and foster the same bonds of camaraderie between the men that they had built up in their home squadrons or as members of a flying crew. RAF uniforms were worn instead of regulation hospital ‘blues’. Men were encouraged to view operations to more fully understand the reconstruction process and therefore support their fellow patients. Interaction with the residents of East Grinstead was actively promoted.

In mid 1941, some of McIndoe’s patients decided to set up a drinking club; they invited McIndoe to be their President, and he gave it his full support. Membership was confined to those RAF men who had had surgery at East Grinstead and the staff who had treated them (but not the nurses – it was a men-only club!). Although not its original name, by the beginning of 1942 the Club had become the ‘Guinea Pig Club’, as its members were guinea pigs for McIndoe’s innovative treatments. Starting with 39 members, it was to grow to number 649 by the end of the war. The Club became an influential support network for its members as they returned to life outside of East Grinstead, holding annual reunions until 2007. It produced a regular magazine, offered financial help to members and campaigned on disability issues.

Since the majority of Guinea Pigs were members of Bomber Command, I had assumed that Maurice Buttler would have been too. However, I found that he was in Coastal Command and a member of Meteorological Flight 1404. Based at RAF St Eval in Cornwall, the role of Maurice and his colleagues was to fly to the Bay of Biscay, collecting meteorological readings on the way out, and to relay those readings, in coded radio messages, on the return journey. The round trip took about eight hours, and the Met Flights had a reputation for continuing to fly however bad the weather was. Maurice’s role was that of both navigator and meteorological observer.

Maurice’s long and painful journey to East Grinstead began on the morning of 10 February 1943 when the crew of Hudson X took off at 07:44 (AIR 28/740 RAF St Eval Operations Record Book). They were on a longer than normal sortie that day and carrying an extra fuel tank. Around midday they had to break cloud cover, off the French coast, to fly low enough to gather sea-level readings.

Unfortunately, they found themselves directly over a small convoy of German ships, who opened fire immediately. With the plane damaged and already on fire, Sergeant Pilot Charlie Glover managed to crash-land on the nearby beach. But the extra fuel tank took the impact of the landing and exploded. Two brave Frenchmen risked their lives to pull the airmen from the burning wreckage. Sadly, Charlie had suffered head injuries and died the next day. Maurice and Sergeants Ernest Winfield and Roy Gilbert (radio operators and air gunners) had started their period of captivity. All four were taken to the naval hospital at Brest.

Maurice had suffered severe burns to his face and hands, and the POW cards also mention concussion. After three weeks he was transferred to the Luftwaffe Hospital in Paris, where he received treatment over six months. Was this where he first had surgery on his face? Brief stays at a series of four prisoner-of-war hospitals then followed until November 1943, nine months after the crash, when he arrived at Stalag IXB in Bad Soden.

The POW hospitals were staffed by Allied medics and the hospital at Bad Soden was run by a Major David Charters, RAMC, who was an eye specialist. Something of an unsung hero, Charters – who had had no experience of plastic surgery before the war – became adapt in treating eye injuries, including burns. He corresponded with McIndoe, seeking advice on procedures, managing with improvised surgical instruments and whatever could be obtained through the International Committee of the Red Cross. His dedication was such that he refused repatriation in order to continue his work in the hospital. (Charters’s POW cards are at WO 416/63/343). Maurice was under his care for eight months. 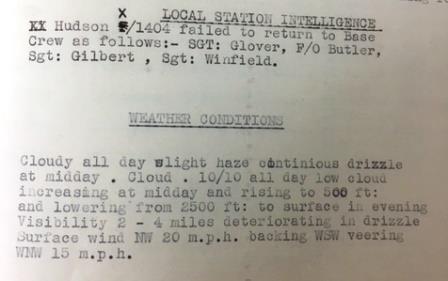 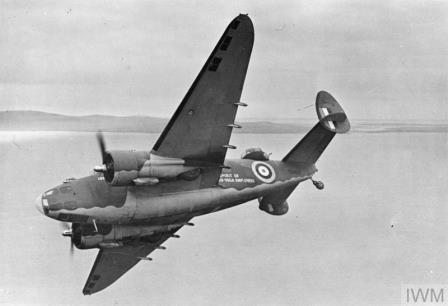 Maurice himself was repatriated in September 1944 and sent to East Grinstead. Here he qualified for his Guinea Pig Club membership as he underwent seven operations. McIndoe commented of the club, ‘The entrance fee is something most men would not care to pay and the conditions of membership are arduous in the extreme’. I shall be looking out for more POW Guinea Pigs as series WO 416 is catalogued.

Cards have been found for the following Guinea Pigs within WO 416, Pieces 1-171: