WorldPride 2012 was celebrated in London last week and so I thought I’d use my blog today to draw attention to an exciting area of research that is truly uncovering some of the hidden areas within the records. 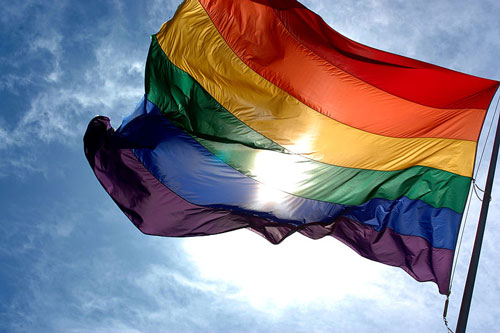 LGBT (Lesbian, Gay, Bisexual and Transgender) history is a steadily growing research area. At The National Archives, largely due to the nature of the records we hold, research in to this area has been challenging. As true ‘hidden histories’ in the records, it can take a lot of thought and digging to uncover examples of LGBT histories in government files. In the case of gay history, it is often particularly difficult to uncover records free of negative connotations, such as criminal prosecution. This is often a question of the language used to describe homosexuality during different periods, when it was considered a crime or illness (for example ‘gross indecency’ or ‘unnatural practice’), and the interpretation of documents themselves which may or may not refer to gay or lesbian issues explicitly.

However, thanks to the dedicated work of interested researchers from across the archives, the Ministry of Justice’s Rainbow Network and elsewhere, more and more is coming to the surface, making the subject increasingly visible and accessible for all, allowing us to contribute to a history of resistance against repression.

An interesting example of lesbian history in the records has been found in files concerning ‘treatment of immorality’ in the Women’s Royal Air Force and the Women’s Auxiliary Air Force during and after the Second World War. It sheds startling light on the attitudes of these authorities at the time towards relationships between women. Unlike male homosexuality, female homosexuality has never been illegal, and therefore it appears much less in the ‘official’ record. This is therefore a relatively rare case of a record providing insight in to attitudes towards lesbianism that were faced at the time.

These pages are extracts from the document AIR 2/13859: 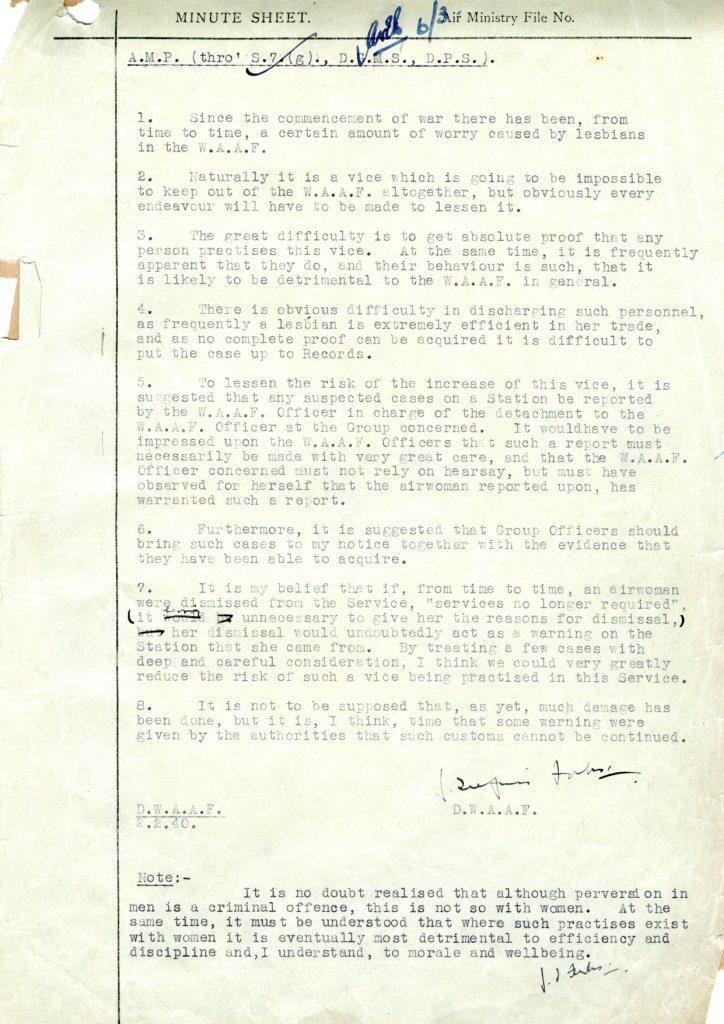 “3. The great difficulty is to get absolute proof that any person practises this vice. At the same time, it is frequently apparent that they do, and their behaviour is such, that it is likely to be detrimental to the W.A.A.F. in general.

4. There is obvious difficulty in discharging such personnel, as frequently a lesbian is extremely efficient in her trade, and as no complete proof can be acquired it is difficult to put the case up to Records.” 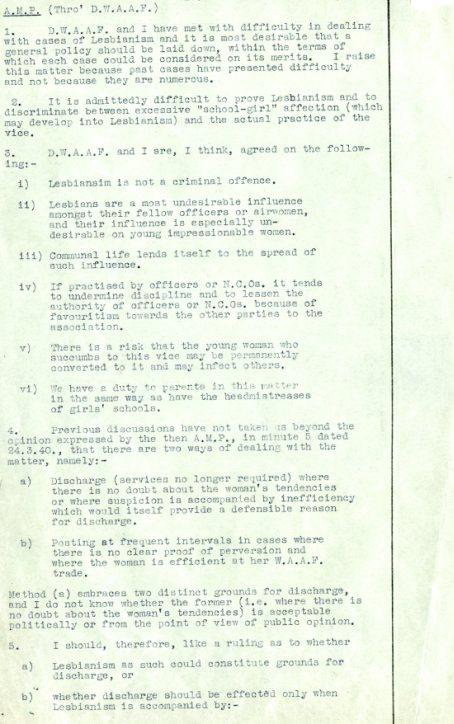 “v) There is a risk that the young woman who succumbs to this vice may be permanently converted to it and may infect others.

vi) We have a duty to parents in this matter in the same way as have the headmistresses of girls’ schools.” 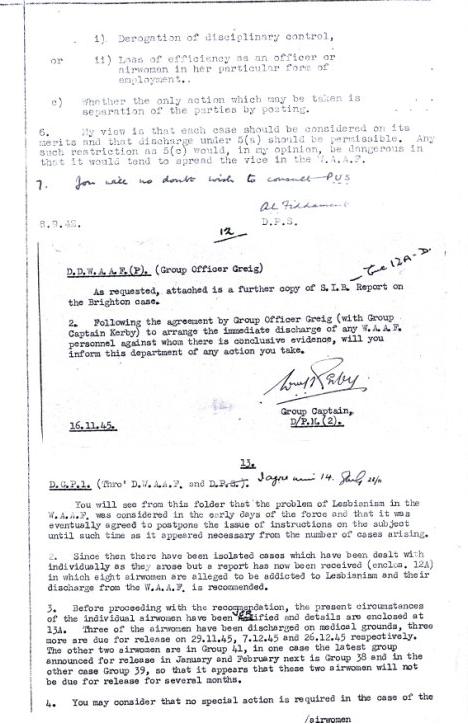 “… there have been isolated cases which have been dealt with individually as they arose but a report has now been received … in which eight airwomen are alleged to be addicted to Lesbianism and their discharge from the W.A.A.F. is recommended.”

The work of researchers with files like this has meant that we are now in a position to present some of the findings at the International Archives, Libraries, Museums and Special Collections conference on LGBTI (Lesbian, Gay, Bisexual, Transgender and Intersex) history next month. To read some of the papers that have been submitted, showcasing this ever growing area of research and collecting around the world, take a look at the conference blog: lgbtialms2012.blogspot.nl/

If you’re interested in learning more about LGBT history and research at The National Archives, we have developed a research guide on gay and lesbian history to assist researchers using our records. We have also hosted public talks on the subjects of censorship and transgender which are available as podcasts.

And if you do discover anything new, please let us know!

Fictional obscenities: lesbianism and censorship in the early 20th century

When a woman is not a woman: how the Ministry of Pensions constructed gender in the 1950s