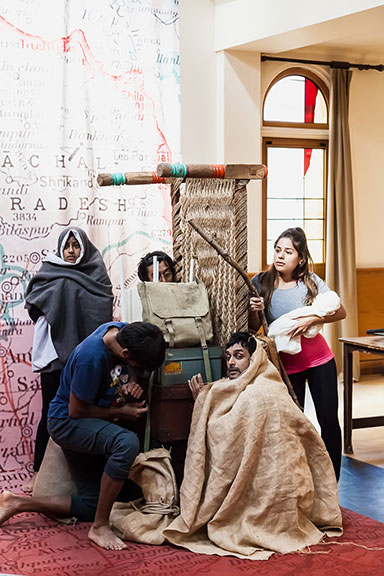 To help commemorate the Partition of British India, 70 years ago this year, The National Archives has teamed up with Bhuchar Boulevard and its touring theatre production of Sudha Bhuchar’s play ‘Child of the Divide‘.

At the heart of this commemoration is a series of creative projects that build a bridge between our extraordinary collection of Partition-related documents and our role as a national institution committed to engaging new and diverse audiences across the country.

The Child of the Divide opens on Friday 29 September at London’s Polka Theatre before going on a tour to 11 venues nationally. Accompanying the tour there will be special post-show events where cast members will read from documents held by The National Archives, and audiences will receive more detailed information about our collections and examples of what they may find here.

Sudha Bhuchar’s play – based on Bhisham Sahni’s short story – movingly portrays the story of Partition as seen through a child’s eyes. Expertly woven into the script are numerous references to experiences reflected in records held at The National Archives. The violence and chaos of Partition are made more poignant and moving through being expressed by characters who are children.

Characters in the play refer to the looting, ethnic cleansing, retribution and the extraordinary levels of displacement people experienced. These were real events described in official government records and corroborated by witnesses who experienced them first-hand. Grounded in historical sources, this play is a creative and accessible route into a troubling history, offering space for reflection and, in some cases, healing. 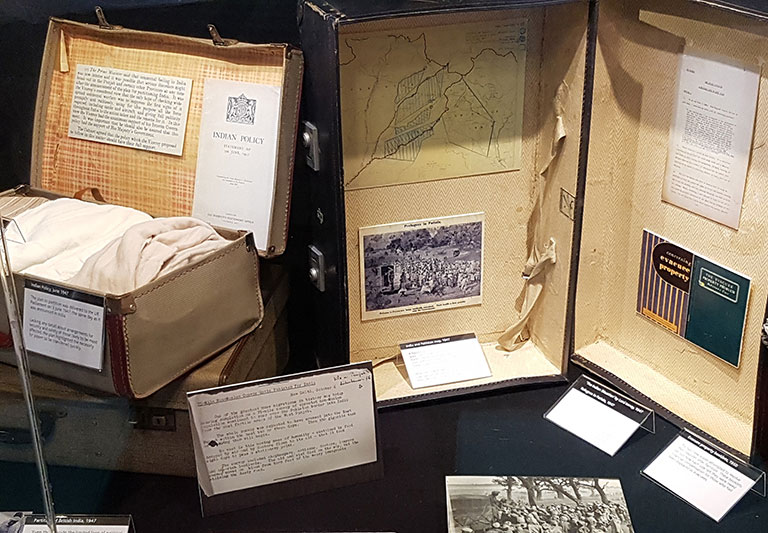 Display at the Polka Theatre

There is great potential in archival collections such as ours to inspire the creative and imaginative process for artists and others.  The National Archives is committed to helping uncover hidden histories in ways that that appeal to new and diverse audiences. As part of this, we will be joining with Let’s Go Yorkshire to co- host a creative writing workshop in Huddersfield on Tuesday 10 October. It will be led by the writer Aoife Mannix: participants will use copies of original maps and documents held at The National Archives to write creative responses to Partition. A selection of these creative responses will then be published to help introduce people to our collections.

Our work to commemorate the Partition of British India will culminate in a showcase event at The National Archives on Thursday 16 November, 18:30-20:00. Alongside a display of our original records relating to Partition there will be contributions from various community based projects, including #Drawingtheline 1, which takes the oral testimony of Partition survivors and presents it as an installation using a vintage-style gramophone.

This showcase event promises to provide a valuable opportunity to reflect on some of the high-level politics of Partition and the very moving human dimension of this extraordinary moment in world history. 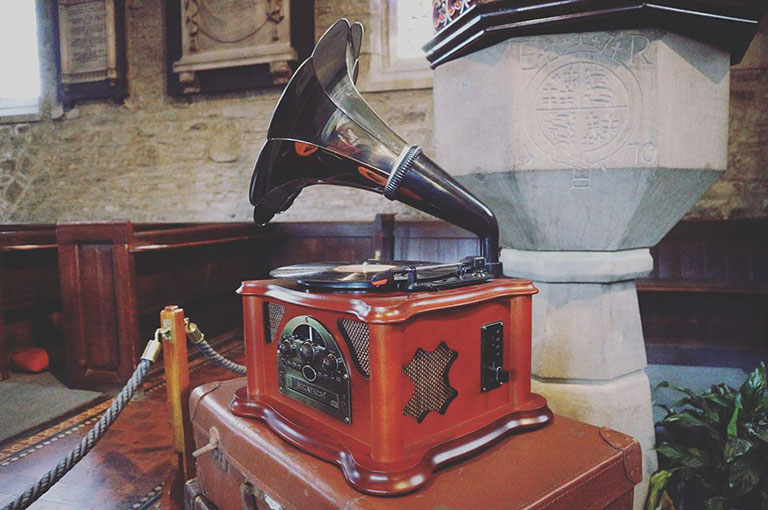 Iqbal Husain will be talking on the Partition of British India using copies of documents and maps from The National Archives at Tooting Library on Tuesday 3 October, 18:30-20:00. To book your free place, please phone 020 8767 0543.