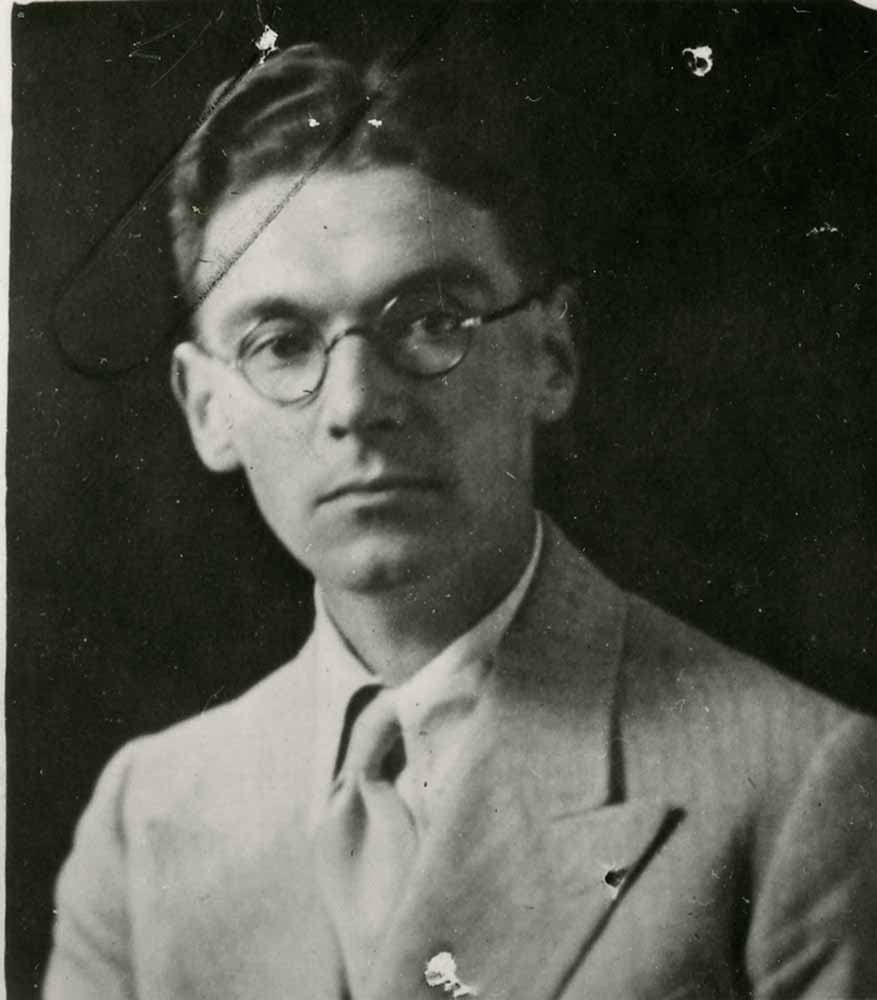 Today we are releasing another tranche of files from MI5 covering a range of suspected communists, and German and Russian agents. These files offer a glimpse into the murky world of state-sponsored espionage and shed light on some of the extraordinary stories of its participants.

One of those whose file is contained in this release is Desmond Patrick Costello, universally known as Paddy. Costello was a New Zealand born academic, soldier and diplomat, who remains as controversial now as he was during his lifetime.

Costello has been widely regarded as a Soviet spy, but these allegations have never been proven. Recently intelligence historian Professor Christopher Andrew has, based on KGB files, asserted that Costello was an agent code named LONG who provided the Russians with particularly valuable information. 1 Despite this, many have long felt that Costello was a victim of a smear campaign; the New Zealand author Sir James McNeish has written a biography of him disputing many of these claims. The newly-released files shed considerable light on this fascinating story, and will undoubtedly provide further ammunition for both sides of the debate.

Costello first came to the attention of MI5 when, in the mid 1930s, he moved to Britain from New Zealand with a scholarship to the University of Cambridge. Clearly a fiercely intelligent individual he excelled at Cambridge but was equally receptive to the left-wing ideas that were circulating around the university at the time. This, it should be remembered, was the period when the infamous Cambridge Spy Ring was established but, unlike Kim Philby and his compatriots, Costello continued to openly espouse his new ideology. Through this Costello developed connections with a number of leading communist figures, including James Klugman, something that would reinforce the suspicions of the British intelligence services. 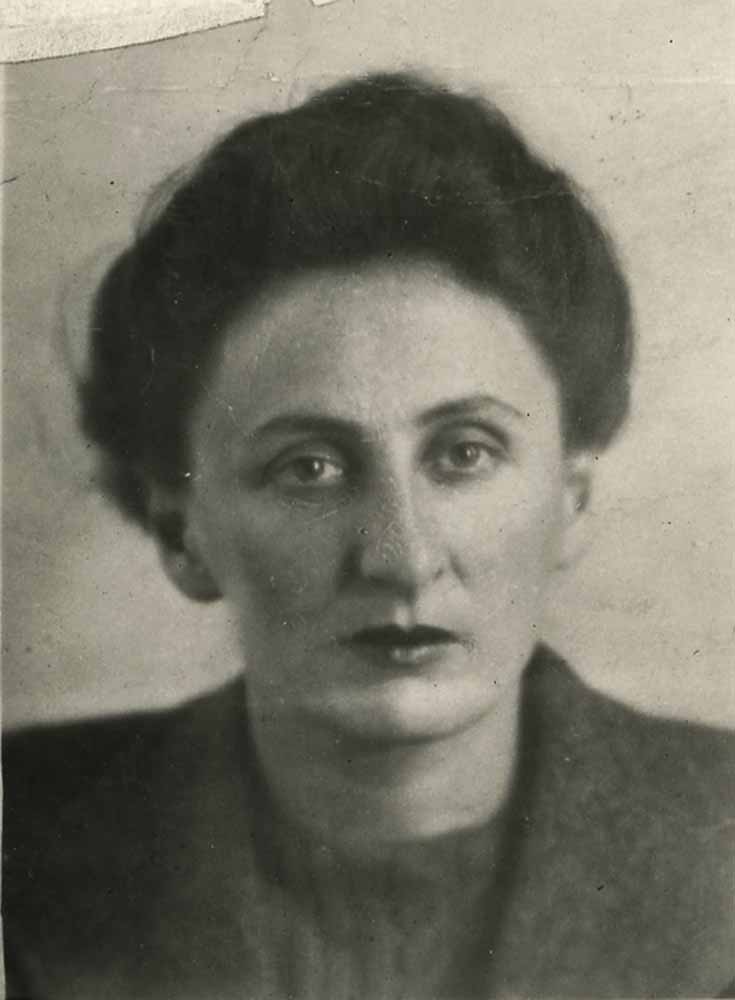 Costello’s academic credentials secured him a position as a lecturer at the University College of the South West in Exeter, teaching classics and modern languages. While at Exeter Costello met and married Bella Lerner, a young English woman and a fellow Communist. They both appear to have been Communist Party members, and Bella was Secretary of the Exeter branch of the party. Paddy was clearly well regarded in terms of his work, but eventually his politics began to get in the way. In 1940 a young student at Exeter, named Hubert Fyrth, was convicted under the Official Secrets Act and Paddy came under scrutiny because of his close connections with the individual. Although it was apparent that he was not directly involved, the university was unhappy with his openly communist views and forced him to resign (KV 2/4328).

Costello immediately joined the army and served with considerable distinction, ending up as an intelligence officer and translator for the New Zealand forces in North Africa and Italy. It was his self-taught linguistic ability which brought him to the attention of the New Zealand Government. In June 1944 he was appointed by the Department of External Affairs as Second Secretary at the Legation in Moscow. Costello reputedly told the New Zealand Prime Minster prior to his appointment that he was ‘a little bit left wing’, only to receive the response ‘Oh well, it won’t hurt us to have one or two Communists in Moscow’. 2

The Department of External Affairs were very pleased with their new recruit, declaring him to be ‘one of the best people the New Zealand Government have’, but MI5 was unsurprisingly horrified. They had previously held suspicions over whether the Costellos had links with Soviet intelligence, and now Paddy was operating inside the establishment with access to confidential information. MI5 raised the issue with the Dominions Office and the High Commission, but were forced to admit that their case against Costello was ‘a thin one’. Sir Eric Machtig of the Dominions Office replied that he believed that the evidence pointed to ‘a familiar form of infantile Communism which most people grow out of’, and did not see Costello as a risk (KV 2/4328).

Costello continued to work with some distinction at the Moscow Legation until 1950 when he was promoted to be First Secretary at the Paris Legation. Prior to taking up his post Costello returned briefly to New Zealand, and it was here that his diplomatic career began to disintegrate. While in Auckland he met up with some old acquaintances; having consumed copious quantities of alcohol Costello was arrested by the police, at which point he became abusive and candidly expressed his political views. The New Zealand police were shocked to find the man in their cells had a diplomatic passport, and began digging into his background. On uncovering his previous communist connections the New Zealand Police Commissioner took the matter up with the Prime Minister and MI5. British intelligence were not entirely surprised by the revelations and clearly believed them; in the words of Roger Hollis ‘in vino veritas’. This was the precise period in which the Burgess and Maclean deception was beginning to unravel and unsurprisingly MI5 were more concerned than ever about suspected communists working in the diplomatic service, especially those with links to Cambridge University (KV 2/4329).

For over four years there was an ongoing battle between MI5 and the Department of External Affairs over whether Costello should be removed, but eventually in 1955 it became clear that the unwillingness of the British and American governments to share information with the New Zealanders rendered him too much of a liability and he was forced out.

Paddy Costello returned to Britain to take up a Chair in Slavonic Studies at Manchester University. Here the political side of the Costello family began to reassert itself, having dropped off or been hidden while working for the government. While now safely away from any confidential government business MI5 remained concerned that Costello was negatively influencing his students and the family’s constant flow of Soviet guests, including known Russian intelligence agents, did little to quieten suspicions (KV 2/4329).

Paddy Costello’s politics and links with parts of the Soviet government were clear, but MI5 had struggled to prove that he did anything in the form of intelligence work. Ironically it was in regard to Bella Costello that MI5 finally found what they believed to be the evidence they were looking for. While investigating an extraordinary Russian espionage operation aimed at acquiring death certificates of long deceased children to be used to build false identities for Russian agents, an address connected with the Costellos came up. An MI5 handwriting analyst identified Bella Costello as one of those requesting the death certificates and suggested that ‘we now have what practically amounts to written proof that in December 1960 Mrs Bella Costello was a KGB agent’ (KV 2/4330).

The shadow of suspicion fell heavily over Paddy as well and in June 1963 MI5 finally felt they had their man. Costello was under close surveillance and was seen to meet with two known Soviet intelligence officers. A further meeting took place in November of the same year. The details of these meetings are sketchy and there were even some doubts over the identification of the Russian officers. Unfortunately the file ends just before Paddy Costello’s death in February 1964 without shedding further light on the exact nature of his connection with Soviet intelligence (KV 2/4330).

Throughout much of his lifetime MI5 went back and forth about whether Paddy Costello was a foreign agent, or simply a politically active intellectual. The debate has continued in the open since his death and the documents released today will provide a fascinating new insight into the man, but they are unlikely to entirely satisfy either side. This story appears to be one with more to run.