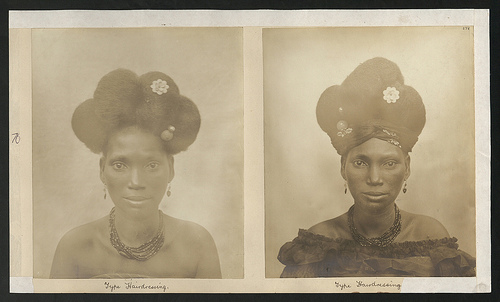 Welcome to Women’s History Month, a national campaign to raise the profile of women’s history and to champion women of the past.

To celebrate, here at The National Archives we have asked members of staff to suggest their favourite documents relating to women in our collection. We have gathered suggestions from across the organisation and the results have been varied and exciting, illustrating the wealth of knowledge we hold here on all types of women’s history.

Although they are an eclectic mix, two themes have emerged out of these suggestions:

The division is entirely subjective and many of the documents could arguably be included in either, but we found it helpful to view them in this way. This blog post will explore the more unexpected personal stories that came out of the staff suggestions, and a second post later in the month will look at the ‘official voices’.

The submission from Sandra Shakespeare in our Outreach department of CO 1069/34/69 is a prime example of the conflicts between the official and the personal within these categories and the documents themselves. The photograph depicts an image of a woman as she chose to represent herself. However the image is also part of the Colonial Office photographic collection which began in 1869 following a request from the Colonial Secretary for governors to submit noteworthy photographs. It is a formal image created for the purpose of sending back from the Gold Coast to the Colonial Office, while capturing something of an unknown woman.

Sandra said of the record,

‘I’m drawn to this particular image because I’m interested in the notion of ‘what is beautiful hair?’ But also because there is so much more we can do to open up the history of hairstyles and the wider, socio-cultural, political representations of women through hair. I hope that this image will spark further debate and exploration, there are many ‘hairstories’ waiting to be told!’ 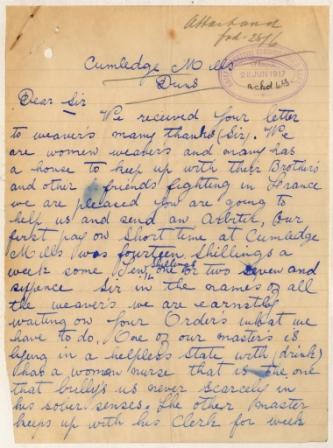 Another record that has an official purpose but tells a personal story is the Special Operations personnel file on Nancy Wake in HS 9/1545. This document was suggested by Katie Collins from the Document Services Department. Katie said, ‘Nancy Wake is a forgotten heroine of the Second World War, who at one point had a 5 million franc reward on her head courtesy of the Gestapo. I particularly love her scathing criticism of the media’s attempts to feminise her role.’ During Nancy’s lifetime she served as a British agent playing a significant part on the French Resistance in the later part of the Second World War, and was to become one of the most decorated servicewomen of this time.

An unexpectedly personal plea can be found in the series LAB 2, which concern the correspondence of the Ministry of Labour and Predecessors. The file LAB 2/206/IC2882/1917 was suggested by Jone Garmendia, from Digital Preservation & Cataloguing. It tells the story of female weavers in 1917 in their own words through letters sent to the ministry. On May 11 1917 the weavers working at Cumledge Mills passed a resolution to strike, having suffered a loss of wages. These female weavers were struggling to maintain their homes, particularly as many had relatives fighting abroad. One letter states: ‘Please Sir will you help us to make a living wage, as we cannot strive on much longer’. These personal appeals give a voice to women on the front line of poverty at the time.

Another example of protest comes in the form of a Home Office file on Eileen Casey, HO 144/1206/222067, as suggested by Rebecca Simpson from the Press Team. Casey was sentenced to fifteen months imprisonment for possessing explosives. On 24 June 1914, Eileen left her lodgings with a green dressing box and paper-wrapped parcel and walked to Nottingham Market place where a royal visit by King George V was taking place. Noticing her suspicious behaviour, detectives arrested Eileen and found on her person 20ft of fuse wire, a detonator and five quarter-pounds of cheddite, along with other items such as a chisel, glass cutter, matches and a plan of the market place. Of this Rebecca writes:

‘It was fascinating to read about her actions as one of the many women across the country that went to such dangerous lengths to fight for women’s rights. Eileen Casey was a determined supporter of the women’s suffrage movement, but has not had the recognition and fame of some of her fellow suffragettes.’

Eileen was eventually sentenced to 15 months in prison in July 1914, only to be released soon afterwards following the general amnesty for imprisoned suffragettes after the declaration of war. The Home Office file gives this relatively unknown suffragette a voice. 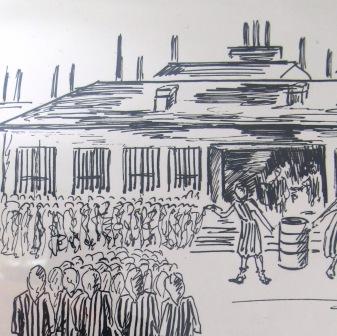 Finally an alternative perspective on the personal in the records comes in the form of first hand sketches, as suggested by Samantha Sheridan from the Document Services Department.

Violette Lecoq was a French nurse working with the Red Cross at the outbreak of the Second World War and supported the French resistance movement. In 1942 she was arrested and eventually brought to Ravensbrück concentration camp a year later. It is from this time that her drawings developed depicting scene of daily camp life, they are unusual amongst our records in depicting history as it happened through drawing.

‘Although not an obvious choice, I picked this piece because I felt that it demonstrated the diverse range of documents within the Archives collection and displayed an honest and realistic account of life for the women within the concentration camp.’

In April 1945 Violette was evacuated by the Swedish Red Cross and by 1946 her drawings were being used as evidence of Nazi war crimes in the Ravensbrück Trials in Hamburg. These very intimate depictions of war crimes were reappropriated for official governmental purposes.

This blog post has given a whistle stop tour of just some of the documents we hold here at The National Archives that relate to women, and shows how diverse these records can be. Official government files can contain surprisingly personal portrayals of women, and often directly feature their own voices.

To close Women’s History Month look out for the second part of this two part series, which will investigate the official government voices talking about women in the past.