Today is the 50th anniversary of Nelson Mandela being sentenced to life imprisonment.

At the beginning of his defence in 1964, he famously gave a 174 minute speech about the injustice he saw as a black man being charged by an exclusively white system. However, by this point Mandela had already been in prison for years. He was first arrested in August 1962, and had been tried and sentenced to five years in jail within three months of his arrest. The trial that then led to his life sentence took place from 1963-64, with the final judgement passed on 12 June 1964.

Amongst our files we hold many relating to Nelson Mandela, and in particular correspondence between the British Embassy in Pretoria and the Foreign Office in London surrounding his initial arrest and court case, after which he would not leave jail until 1990. Within these files is a copy of the first speech he gave in the dock, at the beginning of his trial in 1962 (you can download a full copy of the file). It is a copy from the defence team, passed to Lord Dunrossil at the British Embassy. Including the copy in a despatch to the Foreign Office in October 1962, Dunrossil described it as follows:

‘From time to time Mandela was interrupted by the magistrate and the Counsel for the Prosecution for going off the main legal point into politics. These interruptions do not show in this text but nothing much of substance was said during the interventions. To most people’s surprise, Mandela was allowed to go on with this statement more or less as it stands. I borrowed a copy off the defence and had it copied as you may find it interesting. It is unlikely to appear at any great length in the newspapers because of the ruling by the Minister of Justice that the publication of a banned person’s evidence in a court of law can only be made if it does not provide them with a public forum enabling them to evade provisions of the Sabotage Act.’

The full text of Mandela’s speech can be viewed below, and you can read the transcript of his speech in court here. There has been years of analysis since, so I thought I’d let it speak for itself this time. Click on the images below to view a slideshow: 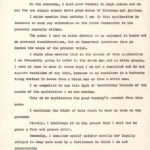 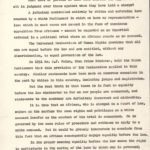 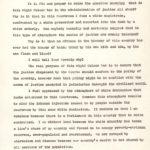 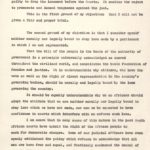 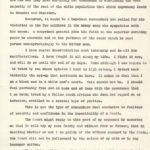 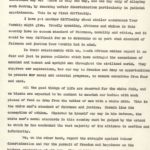 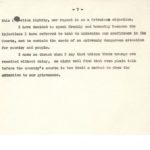