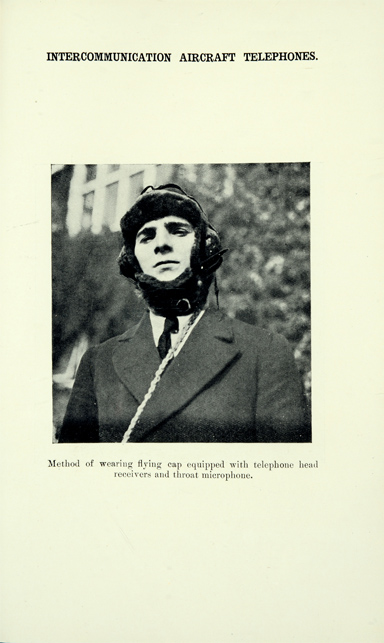 It’s difficult to overstate the impact of the First World War on people across the globe; from the significant political consequences, to the military and medical legacies, the effect of the First World War on the development of society can still be seen today. Among the various technological developments to medical and military equipment is the impression the war had on British telecommunications and the technological strides that were made as a result.

The Engineering Department of the General Post Office, a government body that eventually spawned British Telecom (or BT), played a particularly significant role in the war that has survived  in numerous documents and vivid images held by The National Archives  and BT Archives themselves.

In order to acknowledge this rich, detailed, yet under-discussed history, The National Archives’ Discovery platform and BT Archives initially joined together last year. Their mission: to create an online project offering a glimpse into the role of the Engineering Department of the General Post Office – and the wider role of telecomms in the First World War – drawing together archival highlights from both the collections at Kew and BT Archives in High Holborn.

Indeed, as lead researcher on the project, I was given the opportunity to dive head-first into vast amounts of material in both archives. What struck me particularly was the volume of documentation relating to the topic that was available at both institutions – and ready to be explored!

Here, I will briefly address some aspects of our research that we felt stood out and helped contribute to the creation of our collaborative project Fighting Talk: First World War Telecommunications.

The old saying is that an army marches on its stomach, with logistics playing an extraordinarily important part in the success or failure of soldiers in battle. However, telecommunications is another defining aspect of war that can often go unnoticed in the representation of military activities during the First World War. From modified cavalry field radios to gun spotter’s field communication devices, the smoother the lines of communication the better equipped the British Army was to make decisions and react to events. Some of the richest images from the collections related to these items of telecommunication equipment and were obvious favourites to include in the project – including this strapping cavalry horse wearing a field radio. 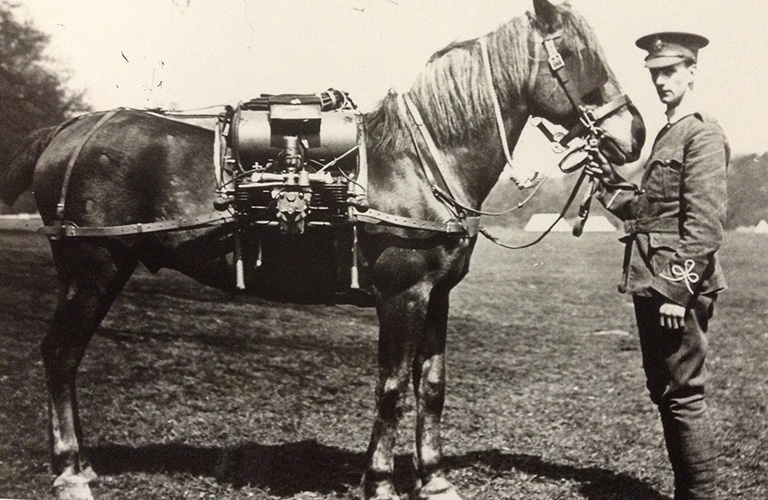 The nature of telecommunications meant that it was not only on the Front that the importance of the Engineering Department’s work came into sharp focus, and we have uncovered some gems from the archives relating to the Home Front in this regard. The use of telecomms to combat the menace of enemy ‘Zeppelins’ dropping bombs and causing destruction in the UK is well documented – at both BT Archives and at Kew – and with fantastic images such as the below available in our own collections, we felt it important to tell this story.

Research indicated that one of the more stirring and action-packed roles of the Engineering Department was the administration and staffing of cable ships throughout the First World War. These ships were responsible for laying the cables required for essential trans-channel telecommunication, and they even played a major role on the day that war was declared. This fascinating anecdote was one of the first stories that jumped out at me during the research stage – head over to Fighting Talk to learn more!

As I got to grips with the original documentation, it was the human stories of the Engineering Department of the Post Office that began to really fascinate me. With a great number of the department’s workforce enlisting in the army, thousands of temporary workers were drafted in by the Post Office to replace them. Significantly, many of the new employees were female. Within the Post Office, thousands of women – whether married or single – were employed during the war. The contribution of women to this vital wartime occupation could not go without comment so it was great to find such wonderful material on this topic featured in the collections of BT Archives and some fantastic images and documents have been included accordingly. 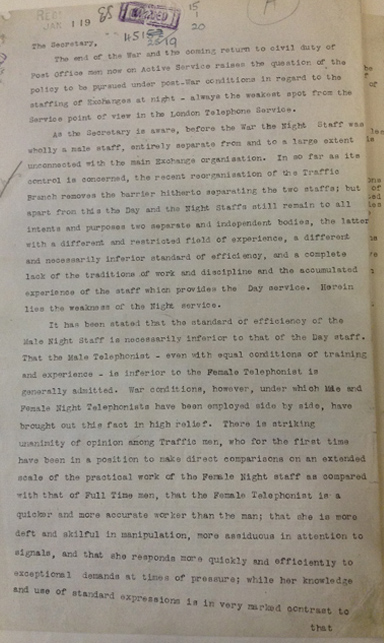 As the above suggest, and the array of vivid and interesting documentation and images confirm, the Engineering Department of the General Post Office played a major role during the First World War, supplying the British military services and the civilian populace of Great Britain with the crucial means of communication, whilst playing a significant part in technological innovation.

We hope you enjoy the result of our collaboration with one of Britain’s most recognisable institutions and that it inspires you to delve further into our collections and those held by BT Archives.