Before we begin, I should probably own up to the fact that Randal isn’t actually mine. He belongs to someone else. But I have been researching him and his family for over six months now and I’ve become rather fond of him in that time. Not least as he’s almost unique in his family because he actually uses the name he was baptised with! 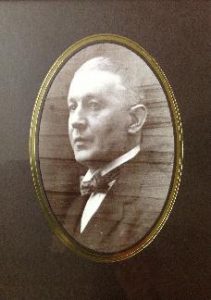 Lieut. Randal Herley of 85 General Hospital, Royal Army Medical Corps was baptised in Macroom, Co. Cork on January 1st 1872, the youngest son of one Thomas Thaddeus Herley. He studied classics in Dublin in the early 1890s and can be found resident in Sheffield, as an apprentice surgeon in the 1901 Census. The family appear to have scattered to all corners of the globe during the 1890s. Randal obtained his medical degree in 1903 from Glasgow & Edinburgh, and he spent almost his entire career practising ophthalmology at Dewsbury General Infirmary. In the 1911 Census, he’s resident in Camberwell (though the medical registers for 1911 also list him as working in Dewsbury) and lists himself as a surgeon. I cannot find him working in any of the major London hospitals during this period, but I suspect he was doing some further training since Dewsbury was clearly his home by this time.

Well into his forties when the First World War began, Randal was too old to have been conscripted by the time the Military Service Act came into force in 1916. That being said, at some point he was enlisted into the Royal Army Medical Corps first as a driver and subsequently as a Lieutenant. He served with 85 General Hospital, and headed up the aural unit therein. His service record does not survive, but his commission is listed in the London Gazette. His commission can only have been temporary, and was pretty late in the day so this isn’t exactly a surprise. Most of the RAMC officer records were destroyed after the war which makes researching his time in service that bit more tricky. Happily, I have been able to track him down through some other sources. 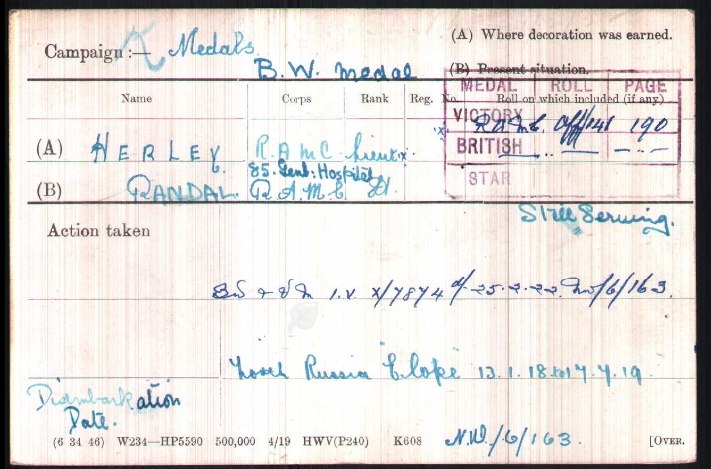 His entry in the Medal Rolls Index notes his service in North Russia on Operation Elope between 13th January 1918 and 7th July 1919. It’s quite unusual to find the unit mentioned on the Medal card so this was a piece of luck. 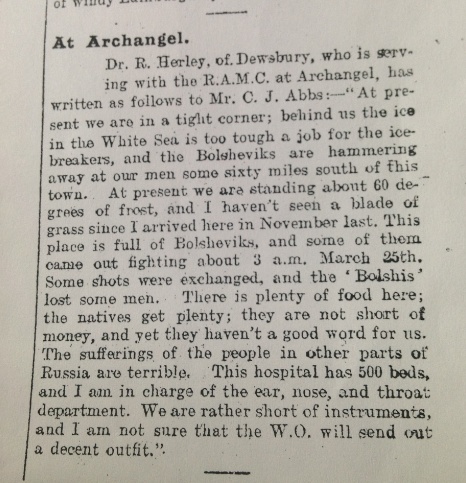 An extract from one of Randal's letters, published in the Dewsbury Reporter (image supplied by his granddaughter, Kazia Pelka)

During his time away Randal wrote on a regular basis to Mr C.J. Abbs, secretary of the Dewsbury District Infirmary. Extracts from these letters were published in the Dewsbury Reporter and obviously served to give the people of Dewsbury a flavour of the realities of the war in Russia. Randal writes, as you might expect, of the cold weather (60 degrees of frost!) but he also turns his pen to the shortage of equipment in this hospital and other issues.

The downside of having served at Archangel, rather than say France and Flanders is that comparatively little is written about the campaign though several sources cite the secrecy which surrounded this campaign in Russia. This seems at odds with Randal’s semi regular appearances in the Dewsbury Reporter but there we are. The upside is that in a relatively small campaign there is more of a chance of your ancestor appearing in the unit war diaries, and Randal does. 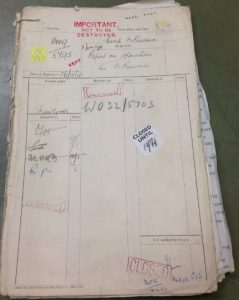 'Report on operations in North Russia' (catalogue reference: WO 32/5703)

I’ve spent several afternoons reading through the diaries in search of Randal and as far as I can see, between the commentary on the depth of snow and the observations about the vodka stores, Randal’s only appearance in the war diaries is his request for disembarkation on May 15th 1919, which he was duly granted. He applied for his medals that August, and subsequently received them in 1922. Should you wish to read more about the campaign in Archangel, dispatches were published in the London Gazette, no. 31850, published Tuesday 6th April 1920.
Randal married in 1920, and by 1923 was the proud father of three small children. He and his wife added another two to their brood in the following years and Randal worked the rest of his days at the Dewsbury Infirmary, serving nearly fifty years in their employ. His obituary in 1955 cites his great service to the local community, with particular reference to his work with the Dewsbury, Batley and District Institution for the Blind.

With thanks to David Underdown for locating Randal’s commission!