Home > Blog > In Our Minds: responding to archives through creative practice

In Our Minds: responding to archives through creative practice

What would you make of this suffragette document? And how would you use it as a starting point for a piece of work if you were a creative practitioner? 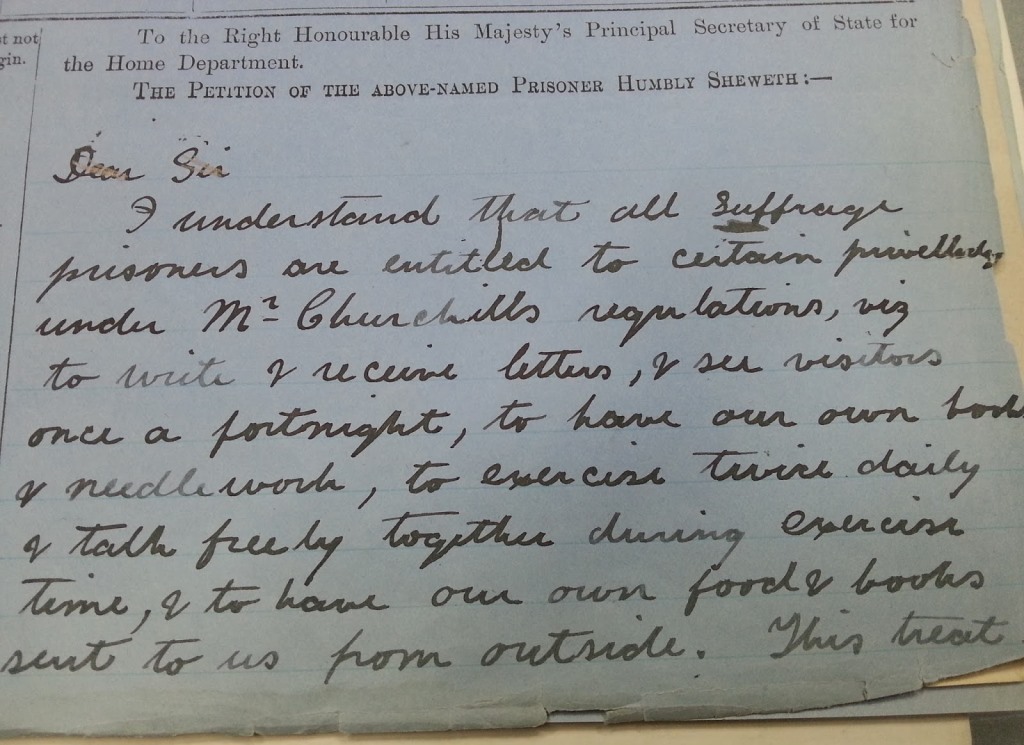 Example of a suffragette document Rosie Gunn used as a source of inspiration. See below for more details.

You might at first not know how you would, or you might wonder how creative practitioners can engage with archive material and develop work as a response.

Well, the In Our Minds project addresses this by focusing on creative responses to records related to mental health held at The National Archives and The University for the Creative Arts (UCA). Our first blog explained why we came up with the project, and initial responses and thoughts of participants around the selection of archives shown.

This installment outlines the actual behind-the-scenes processes involved in responding to archives and, thoughts in using archives from the creative practitioners’ perspective.

We were fortunate to have people working from various disciplines from fine art to creative writing from UCA and all of them had not used the collections before.

As Dr Craig Jordan-Baker, Lecturer in Creative Writing said, ‘Before the project, I had not visited The National Archives. Since then, I’ve come to see [it as]… a place concerned with education, transmitting culture and creating social conversations.’

We asked some of the artists to give us an outline of their thoughts and the processes behind making the works within their discipline, and of using archives more generally.

The process was twofold for Diana Williams. She was interested in the notion of archives and how they were kept and said, ‘the suffragette prison records [she was shown as part of the project] were an excellent example of how the archival material was able to reveal hidden narratives’.

The making of Keepsakes by Diana Williams 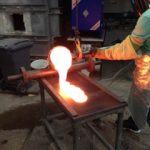 Making of Keepsakes by Diana Williams

She highlighted that ‘there was also a certain irony in the way that the personal possessions of Mary Smith, who was labeled a lunatic and confined away from society, were now carefully wrapped in boxes and held in a strong room. My work ‘Keepsakes’ partly references this idea of precious items in boxes within boxes.’ 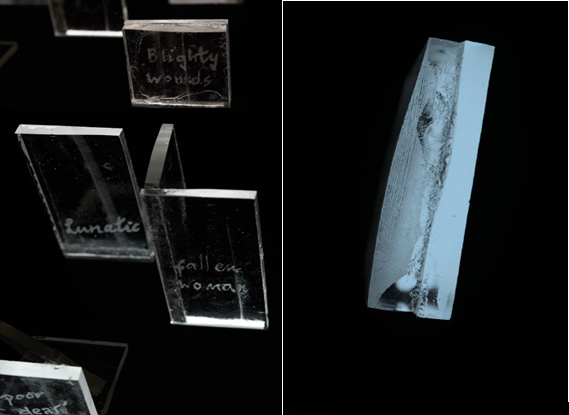 The glass used to construct the glass sculptures ‘Keepsakes’ has undergone several processes in the making stage, and this transformation is intended to reflect the multiple narratives hidden within the archival material.

Sheets were formed from glass that was melted in a furnace reaching up to temperatures of 1250°c. The molten glass was poured onto a heated metal table, where a heavy metal roller is used to spread out the glass.

Moving the roller up and down and varying the speed between the two glass handlers created undulations in the sheet. Once annealed over a 24-hour period, each sheet was then reheated and reformed in a kiln in order to flatten out the ripples. By controlling the temperature of the kiln a trace of the folds was still visible on the glass, intentionally acting as a metaphor for the memories preserved within the archives.

Using archives in Statements in Semaphore

Aritist Susan Merrick developed a video piece from looking at the documents. She said:

‘Working with The National Archives has impacted my practice in two main ways. Firstly by providing fantastic research material that can not only instigate the work that I develop, but also can become the work itself. Secondly, through working with archival research it has given me a new method of practice. A practice which begins with investigating elements of history itself, possibly unknown or not before used parts of history and developing from there.

‘The National Archives [has] a wealth of knowledge, stories, experiences, correspondence and images. It seriously amazes me that we have such a fantastic resource at our disposal. It has also reminded me of the importance of archiving. As a female artist I find it incredibly necessary to hammer home the fact that without archives so much history is lost, and this has been the case with much of women’s history for a variety of reasons. Through Art we can not only reinvigorate or reinvestigate the information that we find, but we can create new works and events that themselves can be archived adding our own voices to the shelves.’

You can watch Statement in Semaphore on her website. She also created ‘Shopping List’ after spending time in The National Archives with documents relating to female prisoners, including suffragettes.

‘when I was introduced to a Home Office file about a Suffragette prisoner called Hilda Burkett… [which] told a story of militant action, imprisonment, hunger strike, forced feeding, pleas for clemency and mental breakdown… it occurred to me that people are usually described as having mental health issues, but what I saw in the files was someone possibly being given mental health issues. This seemed to be an idea I could build work around.’

These initial thoughts fed into Craig’s final audio piece ‘Hysteria’, a word he found difficult to ignore; as the word repeatedly came up in various documents as he consulted further Home Office documents as part of the process. The final creative responses to the collections were also wide-ranging, thought-provoking and at times, very moving.

Sparrow Davies made an interactive sculpture called ‘Crumbling…falling…down’. Each individually crafted and coloured pieces has words taken from the selection of archival documents. She said,  ‘I loved reading the words, as [they] gave off the energy to record and document history.’ Her sculpture is made up of Jenga pieces and as the Jenga falls, so does the many ways mental health can affect someone. 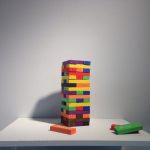 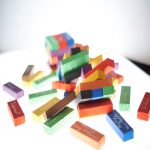 The performance piece In Our Minds

The performance ‘In Our Minds’ was choreographed by Rosie Gunn. More detail on the thought process from looking at the documents to devising the dance piece is in her blog.

Rosie summed up her experience of using archives in this way:

‘It was inspiring to experience the archive collections; the objects, the letters, the official documents and the stories that were both evident and implied – and how these related to my own experience of caring for a family member with mental health issues. In the dance work I wanted to convey extremes of personalities and emotions.’ 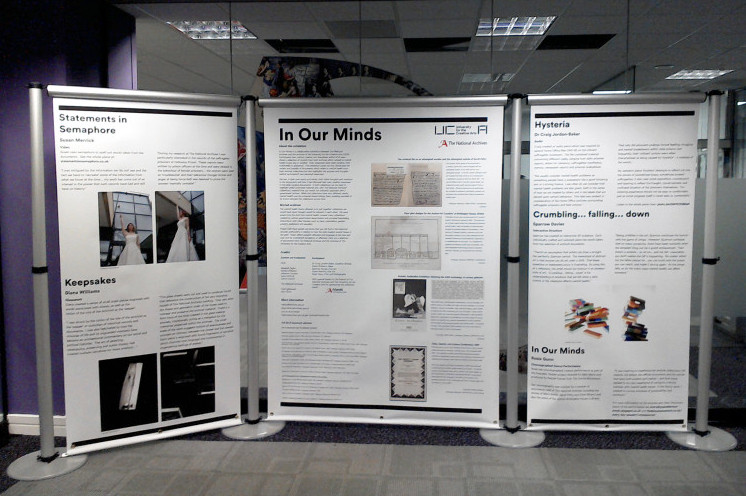 We are very appreciative of the generous funding we received from Friends of The National Archives and UCA, who funded the travelling panel to promote the work and act as one of the legacies of the project. With many thanks to the participants as well as those involved in the project too.