At the beginning of August 2019, the data from Leicestershire and Rutland’s manorial project was released to the public. A glimpse at the manor search on Discovery now reveals what is known about 312 manors in Leicestershire and 63 in its smaller neighbour, Rutland. This wealth of information, recording what records survive from each manor and where they are held, is of course priceless to researchers. 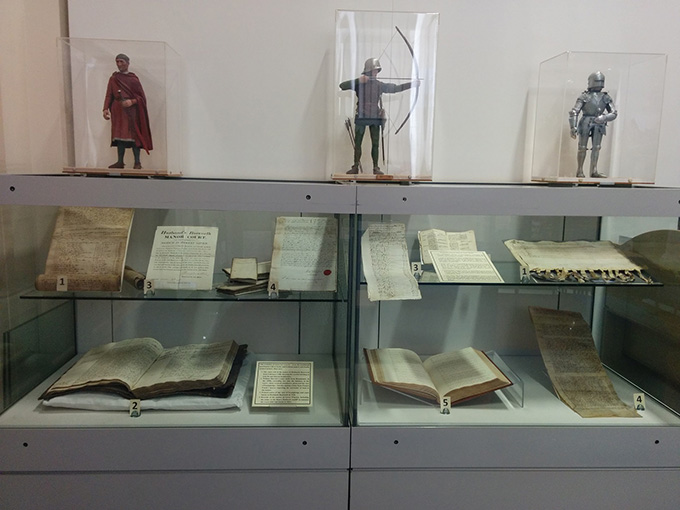 Display case for the touring exhibition

However, while some local historians are already aware of the value of this archival treasure, many are unaware of it, or perceive it to be inaccessible and so do not consider deeper investigation. Therefore one of our tasks, as the host of a Manorial Documents Register (MDR) project, was to ensure that the resulting information was not only made available as widely as possible, but also that Leicestershire and Rutland’s manorial records lost their esoteric mystique to become a resource for everyone to use.

Promotion of the project was therefore a factor in the work of the Project Officer, Simon Neal. He and colleagues from the Record Office maintained a flow of bulletins, reports, tweets and appearances on local radio, charting progress and discoveries from an early reference to Robin Hood to fines for neglecting archery practice.

The conclusion of the project was accompanied by a touring exhibition which not only promoted the MDR itself but also the value of the raw archival material it represented. The culmination of the publicity campaign was a dramatised recreation of a manor court in the Great Hall of Leicester’s medieval Guildhall. 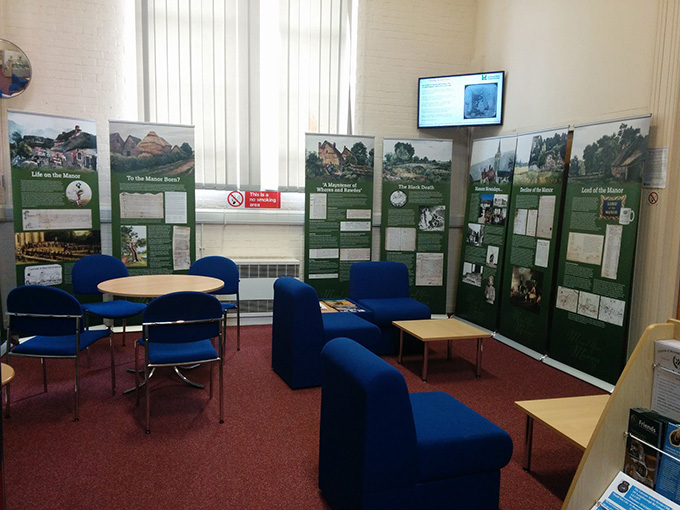 Reproductions of archive records describing typical life on the manor

The re-enactment of a manorial court proved harder than might be imagined. Few court rolls contain every element typical of manor courts. Fewer still offer the range of curious and striking cases which would make such an event both interesting and dramatically satisfying. We therefore decided to compile a composite court, drawn from records over several hundred years, which would exemplify the typical and the dramatic. The composite court also charted the decline of many manorial courts from stern upholders of communal life to the drinking clubs they became by the 1840s.

To make the event accessible to a wider audience, we decided to pay homage to the popular (in the late-1970s and early 80s) television and radio series, ‘To the Manor Born’. Involving the television characters (or a respectful approximation of them) proved an ideal means of interpreting the curiosities of manorial law and its unfamiliar vocabulary. The drama concluded with an impassioned declaration from (of all people) the butler that manorial records did not belong only to the manorial lord but were a resource for everyone to use.

Robin P Jenkins is Senior Archivist (Collections) at the Record Office for Leicestershire, Leicester and Rutland.