Mental Health on Record: A film created by young people

‘Lunatic’, ‘hysterical’, ‘eccentric’, ‘imbecile’ are just some of the words which have been used to describe individuals experiencing mental health difficulties in documents at The National Archives, dating from the 19th and early 20th centuries. The Education team has long been interested in this area and as awareness of mental health grows in the public consciousness, now felt like an important moment to explore how our contemporary views on mental health and treatment can be used to interpret historical records.

‘Mental Health on Record’ is the fourth instalment of a young person’s project run over the summer by the Education team, kindly funded by the Friends of The National Archives. The project was run in partnership with Richmond Borough Mind, with the support of Jon Bartlett (mental health first aid trainer and consultant). As with previous projects, it is structured around ‘hidden’ stories of people which you may not expect to find in the collection. The records do not sit neatly within series on health or housing, but are spread over series such as PCOM (Prison Commission), CRIM (Central Criminal Court), WO (War Office) and ADM (Admiralty). Increasingly they follow the involvement of the State as this area of healthcare grew from the 19th century. We drew upon the expertise of records specialists to curate the selection of documents which inspired the film. 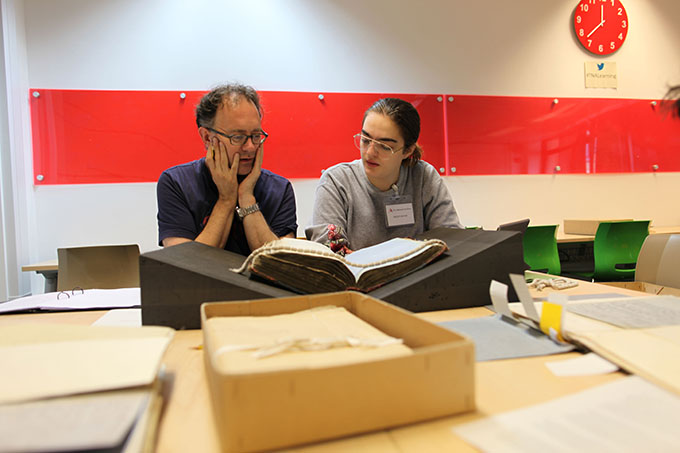 Nigel and Roberta researching a document

We invited young people with an interest in history and film to apply online. The ten most accomplished responses were selected by the Education team and so the project began to take shape. The project was led by film-maker Nigel Kellaway, with workshop assistance from Kate Sullivan and Katia Potapova. For five dynamic days in August, they transformed our conference suite into a film studio: researching, storyboarding, creating artwork, script writing, recording and filming. ‘Mental Health on Record’ is the result – a beautiful film based entirely on the group’s interpretation of documents in The National Archives’ collections.

The first day of the project-week gave the young people the opportunity to look at the documents, research their stories and learn about the social and political context of the 19th century. Sarah Hutton, an expert in this period, delivered a talk on the legislative history of the records, and she  focused particularly on why they have ended up here. This gave the young people an understanding of the provenance, and it really gave weight to the historical aspect of the information. 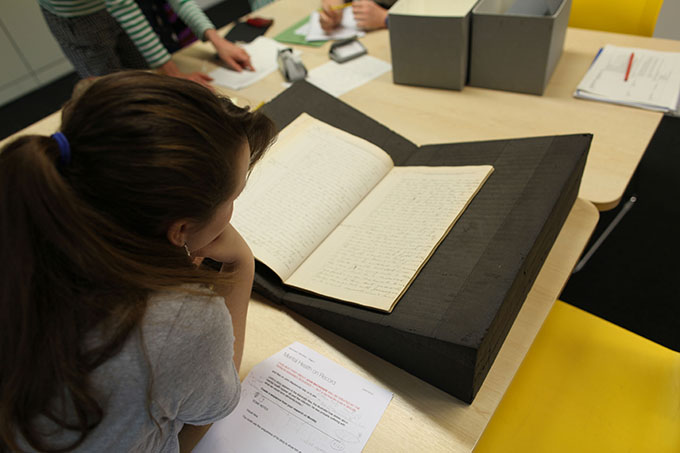 Abi researching one of her stories using the storyboard script

The young people also had sessions with Georgie and Dan from Richmond Borough Mind, who gave a general introduction to mental health, and Jon Bartlett delivered a session where the whole group was encouraged to talk about their own conceptions of mental health. These discussions gave the group the opportunity to consider contemporary experiences and it offered an alternative perspective to the archival history. We all began to realise that so much has changed, but there is still so far to go in our understanding of mental health.

While the Education team curated the selection of documents, it was the young people who breathed life back into the stories of their individuals. The cases they followed ranged in terms of condition and experience. For example, Lucy looked at the story of Elizabeth Noble (PCOM 4/50/11), whose prison licence file from 1883 noted her alcoholism in reference to the neglect and eventual death of her son, Harry. Roberta and Victoria explored how in the late 1800s dementia was understood to be a catch-all term for mental health difficulties and so there was no proper understanding of, or provision for, those with the condition. Roberta looked at the story of Sarah Musson (MH 12/9544/117) and Victoria at John McKenzie (ADM 101/272).

Some of the young people took stories from the First World War and compared the differences between them. Jay used Siegfried Sassoon (WO 339/51440), noting that Sassoon had been able to obtain good treatment at Craiglockhart hospital due to his social position, and that his poetry offered him an expressive outlet. Abi, meanwhile, looked at the story of Alice Dixey, a Voluntary Aid detachment nurse (PIN 26/20052), who was repeatedly denied compensation by the State, who did not deem her condition to be caused or aggravated by her time at the front.

These are just a few examples of the fascinating and moving stories of many individuals whose records inspired the film.

‘We shouldn’t forget the past. It raises awareness for important issues’ – Ella

The film seeks to address contemporary issues too. Jack drew on the session from Mind and animated the ‘five ways to well-being’, using it as a way of opening up the conversation and showing the thread of progress and development that continues to run today from the era in which the archival stories focused on took place. As part of this, Jon Bartlett and volunteers from Mind ran a discussion circle on mental health and language, giving the young people a chance to speak openly and candidly about their own ideas. We wanted the project to not just be about outcomes but also to be an opportunity to think more widely about mental health. 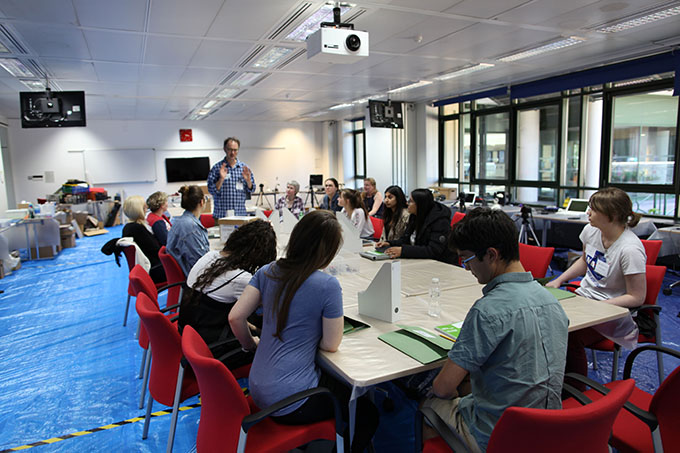 An introduction to animation by Nigel

As the week progressed, the studio was bustling with creative energy and the Education team was kept to task with the artistic demands of the film-makers. As well as creating scenery and using animation technology, the group had to script and record voice-overs, which gave them another opportunity to convey their own interpretation of the documents and emphasise their own style of film-making. 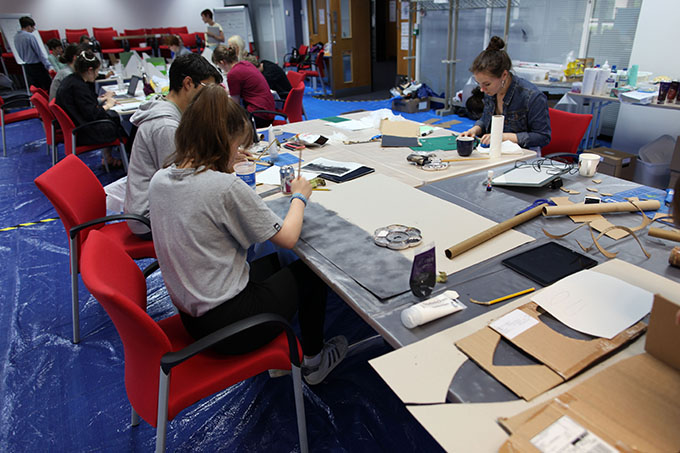 Abi and Jay working on their sets with support from Katia

The Education team was so impressed and invigorated by the enthusiasm, passion, dedication and thoughtfulness of the young people. They grasped and grappled with very challenging material and gave a voice to those people whose voices had been misunderstood and misrepresented over a hundred years ago. The group used their creative and critical force to take a sharp look at the development of understanding, attitudes and treatment of mental health conditions. They reflected on where we are today and where they want the world to be in the future.

‘Mental Health on Record’ will be premièred at a special event on Tuesday 18 February 2020, alongside a performance written by our student-writer-in-residence, Mollie Marshall. Mollie’s piece has also been inspired by the records on mental health at The National Archives.