One of our most interesting collections for the study of military and family history is made up of the various series of army pension records, especially those of returning soldiers wounded in service (you can read more about the re-cataloguing of some of these in our recent blog). The awarding of such pensions might seem a very modern idea, but in fact it goes all the way back to the 14th century, to the violent and bloody Hundred Years War between England and France.

‘My helmet now shall make a hive for Bees,
And lover’s songs shall turne to holy Psalmes;
A man at Armes must now sit on his knees
And feed on pray’rs that are old ages alms.
And so from Court to Cottage I depart,
My Saint is sure of mine unspotted hart.’ 1

When Edward III founded the College of St George in 1348 – his new chapel and collegiate foundation, linked with the Order of the Garter and based in a centre of royal power, Windsor Castle – he included an odd addition. Alongside the priests, vicars and choristers performing the daily liturgy and praying for the king’s soul, were to be a group of ‘poor knights’: men who had served the king in his wars with France but had become impoverished during their service (either through injury, old age, or financial ruin having been caught in battle and ransomed), and were unable to maintain themselves. 2 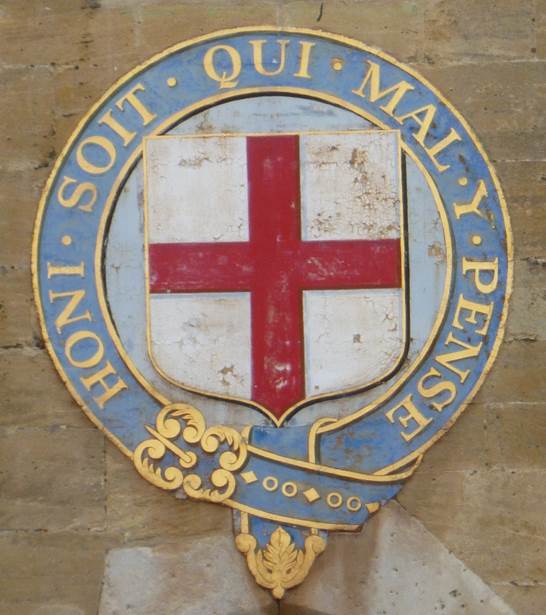 These ‘poor’ knights (known as the Military Knights of Windsor since the 19th century) 3 were appointed in the first instance by members of the Order of the Garter – with later appointments reverting to the crown – and the men taking up the positions were expected to be relatively poor, with estates of less than £20 (If they exceeded this sum, they were supposed to give up their position at Windsor, although in reality this wasn’t always the case).

In return for an annual stipend of 40 shillings and lodgings within the castle (although probably not the lodgings in which the military knights live today), supplemented by a further 12 pence each day – equivalent to the pay of the college’s canons –  the knights were expected to attend chapel three times daily and pray for the souls of the king, the royal family and the Order of the Garter.

The letters patent (enrolled copies of which are preserved in The National Archives in series C 66) which appointed individuals to positions at St George’s are interesting because they often give details of why each knight deserved his place. The most explicit of these entries is that regarding Sir William Crafford in 1443, in which the brutal violence of the Hundred Years War is made clear. 4 Crafford’s letter of appointment details that he had continued

‘… in the wars of France and the duchy of Normandy after the first siege of Harfleue [Harfleur] and, having often been taken prisoner and mutilated hand and foot, was grieviously wounded in the head so that his recovery was improbable.’

Such injuries as described in his appointment clearly left Crafford unable to continue in military service, but he was able to live for almost two more decades;  he died early in 1462, having been resident at St George’s from at least 1447.

Not all appointments of poor knights are quite as clear as Crafford’s. Sir John Grimsby, for example, who had been appointed in 1402, was recommended on account of his ‘great debility and poverty and good service to Edward III in war, and to the king’s father’.

Grimsby is interesting because he also relied on the support of his family during his time at Windsor. He left behind a wife, Agnes, and a son, John, who held tenements near the castle. After his death, the college continued to maintain his family, employing Agnes as a seamstress to mend chapel furnishings. 5

In this instance, the college appeared welcome to retain the services of Grimsby’s widow, but on other occasions the presence of wives and families were just one of the many disputes which occurred during the fourteenth and fifteenth centuries, as the knights struggled to move from a life of secular violence to one of peaceful contemplation.

The earliest clear indication of such problems came in a royal visitation of 1378, which detailed the various misdemeanours of two ‘certaine old knights much broken in the warrs’.

The knights, Sir Thomas Tawney and Sir John Breton – who it was noted, were both married – kept ‘common women in adulterate embraces, to the great scandal of the College’, while Sir John had a habit of turning up ‘late and too delicately to his canonical hours in the said chapel; and when he kneels to pray in the same, he presently falls asleep, so that he scarcely awakes till the Sacrament of the Altar’. The knights, however, wanted it recorded that the dean was pocketing certain monies due to them, and they were not receiving their allocated payments (a source of constant discord between the college and knights until the 16th century).

Tawney also left a wife and sons behind, but they were treated rather less well after his death than Grimsby’s. In the aftermath of the Peasant’s revolt in 1381, his widow, Margaret, petitioned Parliament to claim that the dean of St George’s, William Almely, had refused her the residue of Thomas’ estate: he had accused her of being present at the Tower when Chancellor Sudbury was murdered, and had imprisoned her children, beating the eldest son to death in the process. Fortunately such heated disputes were uncommon, and the present-day Military Knights are allowed to maintain families without the fear of violent rebuke! 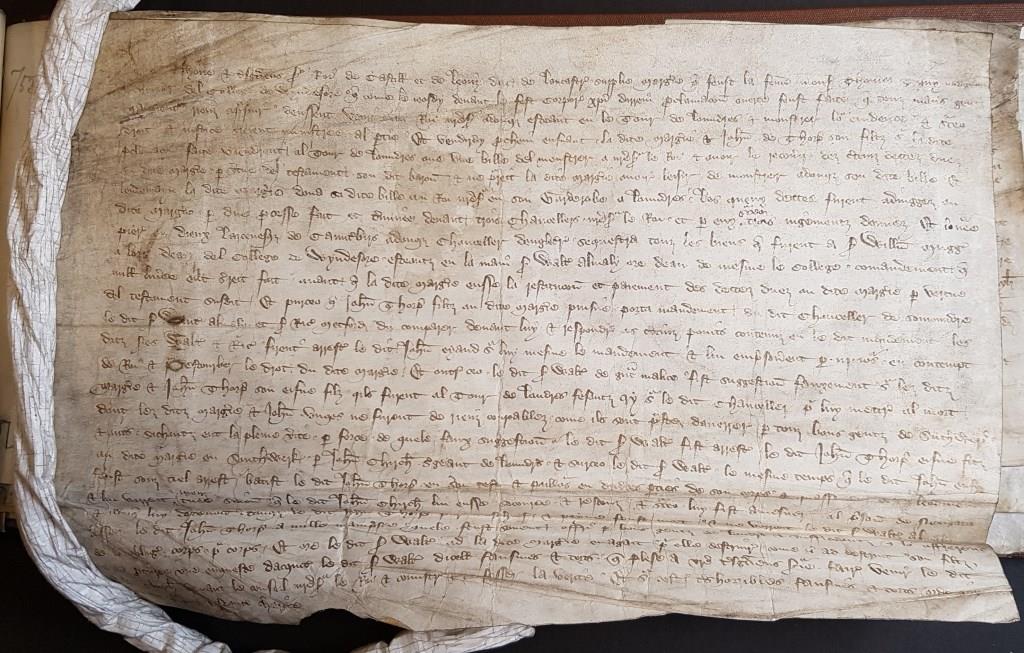 It is also worth noting that not all the appointments as poor knights were English born. Sir Sigismund Ottelinger, Crafford’s contemporary at Windsor, was appointed  in May 1441 by the advice of the Order of the Garter, on account of his service to Henry V and Henry VI and his poverty and age. However, as he was not English, he also required letters of denization (which gave him residency rights), which he received at the same time as his appointment to St George’s. Ottelinger later died at roughly the same date as Crafford, a time of relative peace for the two men, who may have shared stories of their European exploits during their long retirement at Windsor. 6

In the latter half of the 15th century, appointments at Windsor shifted away from soldier’s pensions towards political appointments, amid concerns over funds and a drive from Edward IV to support his royal favourites. With their refoundation in 1559, however, the connection with military service was re-affirmed, and they continue to take part in state visits, garter processions and official occasions within the chapel and castle today. 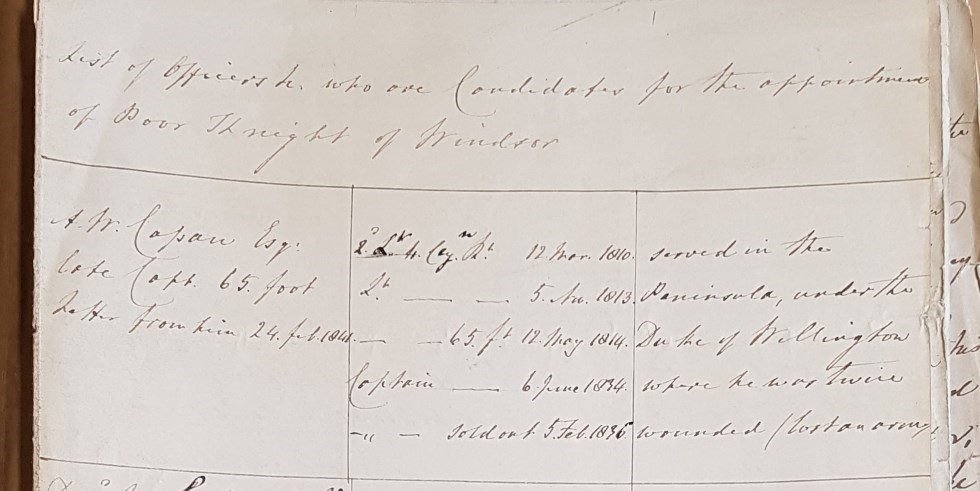 Later appointments of Poor Knights continued to record military service and occasionally injuries, as shown in this nineteenth-century recommendation [catalogue reference: WO 30/113]