To the manor born?

MR1/306 Map of the Manor of Sturry, Kent 1643, one of many manorial documents held at The National Archives

We’ve been working for almost twenty years now to improve, update and above all get online our statutory information on the records of English and Welsh manors: the Manorial Documents Register. It’s a great example of how information we are legally required to collect can be opened up and made available to wider audiences. You can find out about the projects we have going on here.

Sorry, what? What are you talking about?

Manorial documents can be used for a whole range of research purposes, as the manorial system of landholding and administration covered large parts of England and Wales for many centuries, from the Norman Conquest until its gradual decline in the early modern period and final abolition in 1922.

The main element of manorial administration was the court. Manorial courts not only dealt with minor offences and duties owed by manorial tenants, they also recorded changes of land tenure (copyhold tenancy), which makes them a rich source of information about the inhabitants of manorial lands – even quite poor people can be represented, providing a unique window into the lives led by ordinary people. As the smallest unit of local administration, manors dealt with issues that rarely come up in national politics – very human stories, local customs, and also some of the earliest maps of many local areas.

And why does The National Archives have this information?

Manorial documents have other uses to the present day including identifying manorial rights and rights of way. Their significance is such that although manorial courts no longer exist, there is a right of access to manorial documents for legal purposes. The Manorial Documents Register (MDR) was created from 1925 in recognition of how crucial these documents are – people needed to be able to find them to prove they owned land and associated rights. It’s still a legal requirement under the Manorial Documents Rules to inform The National Archives of the movement of manorial documents, so that the Register can be updated.

Originally the MDR was, of course, a paper-based production, which was compiled over decades and virtually impossible to update in a coherent way. Information went out of date, even the names of the archive services holding the documents might have changed three or four times from when they were first noted. Researchers who knew about the value of manorial records continued to use the Register, but it needed big improvements to fulfil its potential. Computerising, updating and putting the information online give us that opportunity.

I should also mention that The National Archives holds a lot of manorial records! You can find them especially in classes SC 2 and DL 30, and they mainly relate to Crown lands and the Duchy of Lancaster, though not those alone. 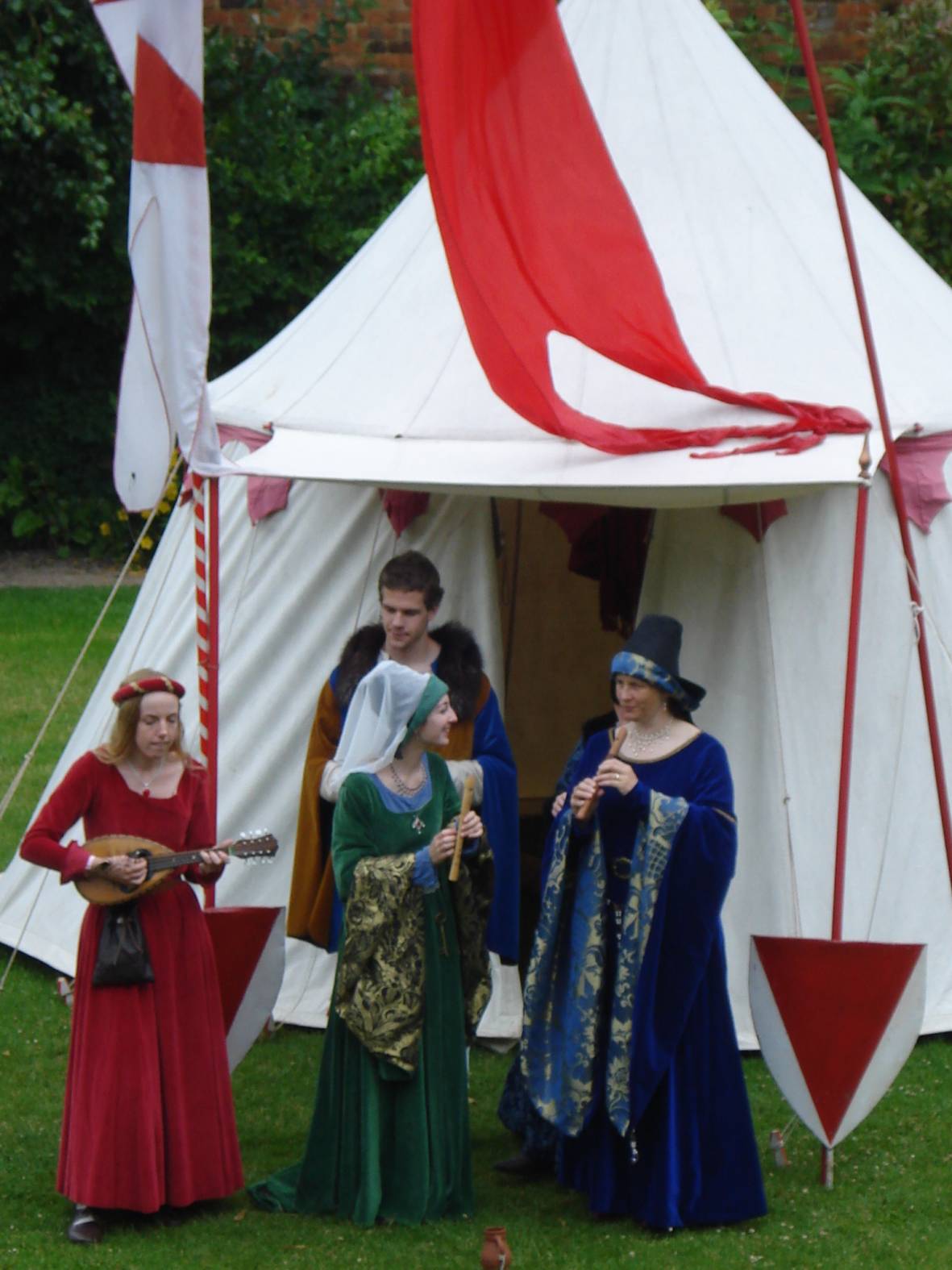 At the launch of the MDR project for Buckinghamshire and Berkshire, members of Lion Rampant demonstrated medieval music

We have been working through the revision and computerisation of the MDR in a series of projects based on one or more counties since the 1990s. This has allowed us to work with partners locally to raise the profile of manorial documents, increase funding opportunities and ensure we’re working closely with the archive services and landowners who hold the bulk of the surviving manorial records.

This has allowed projects to look in detail at the collections, and make some fascinating discoveries. Just one example will have to suffice to show this, from Suffolk, where one single membrane from the manor of Felixstowe has been found from before the Peasants’ Revolt in 1381 – the destruction of the Felixstowe manorial court records by the Revolt was so complete that it was believed nothing at all survived. No one yet knows why a single membrane of 1363 escaped destruction.

It’s taken time to bring these projects together, and progress sometimes felt slow – just a small number English counties were completed in the first few years of computerisation, although we were able to update the whole Manorial Documents Register for Wales in the early days. We’ve speeded up a great deal in recent years, thanks to the hard work of the Manorial Documents Register Advisory Panel, our Senior Adviser (Manorial) – Private Archives who focuses on the MDR development and its revision, and to additional funding which has driven the project forward.  The latest county to go online is the Bedfordshire section of the Manorial Documents Register, launched just before Christmas. Information about surviving manorial records is now available online for 18 English counties and the whole of Wales. Projects already underway will create online MDR entries for ten further counties.

Thanks to the generosity of the Federation of Family History Societies, we’ve recently had a major funding boost which will ensure that four more counties can be computerised: Northumberland, Northamptonshire, Wiltshire and Kent. That leaves just seven historic county sections of the Manorial Documents Register to be tackled until the whole of this invaluable resource can be made fully available online. We’re so close! 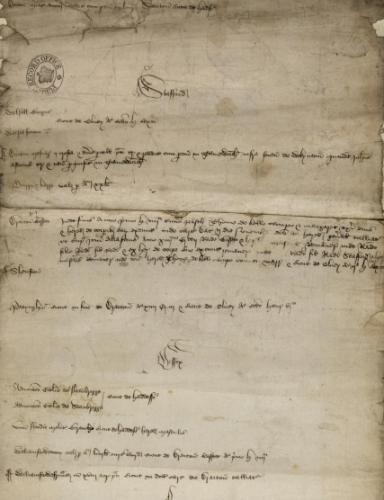 We are also expanding the functionality of the online MDR to share more information with you – manorial administration was complex, and parishes, manors and other units of local administration don’t always map to one another. (*sotto voce*…pretty much never map perfectly…*grumbles*) A summary of the history of the manor and its geographical extent will help researchers  to understand this complex system of relationships. Alongside this development will be the ability to link to other electronic resources  from secondary sources through, for example, British History Online to authoritative online transcriptions and translations of manorial records, for example, the Hampstead Court Rolls project undertaken by the Camden History Society.

Alongside this major effort to make our Register available online in an updated and accurate format, many other organisations have been working to increase public understanding of manorial documents and how they can be used.  If you want to understand more about manors and their records, have a look at Lancaster University’s very useful site. The Conisborough Court Rolls site will let you explore an example of core manorial records and their content. Many of the projects currently underway feature on record office blogs that allow you to follow their progress – have a look at Herefordshire and Worcestershire, Somerset or Derbyshire, where you can discover what links the manorial system, Ronnie Barker and Lord Grantham, of Downton Abbey fame.

And if you want to read more, get hold of a copy of Mary Ellis’ Using Manorial Records (PRO, 1997). It’s a great introduction to manorial records.

We’d love to hear of more online resources to help interpret and appreciate manorial records – do link in the comments where you know of them!