Looking back: 25 Years after the Berlin Wall fell 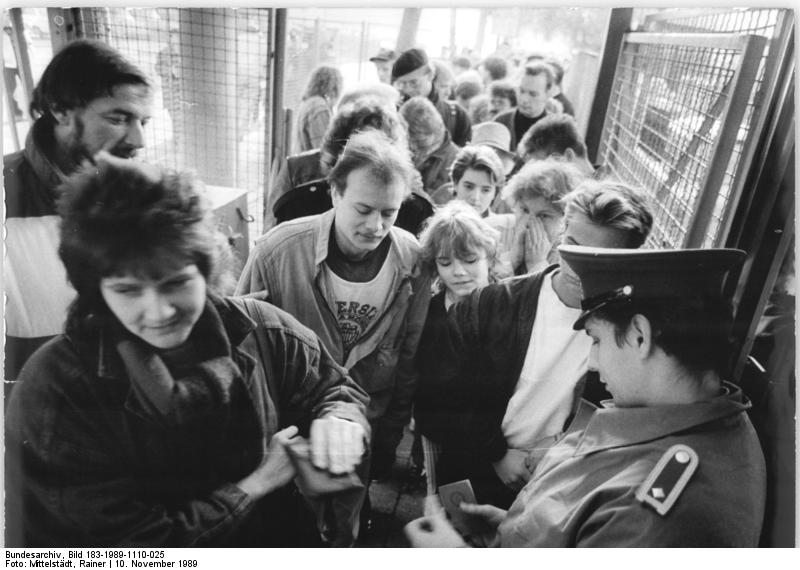 East Germans streamed over the border after the Wall fell. Courtesy of Rainer Mittelstaedt

Do you remember the first time you sunk your teeth into a Big Mac or the first time you drank from a can of real Coca Cola? Probably not, I’ll wager. 25 years ago many East Germans were able to do just this after the Berlin Wall collapsed on 9 November 1989. And this was just the tip of the iceberg. For 28 years, East Germans had been literally walled into the socialist-run German Democratic Republic (GDR), and very few had been able to travel outside the communist Eastern Bloc of Europe.

It’s no wonder then that East Germans poured across the newly-opened border points in their thousands, curious to see what it was like on the other side of the Wall.

Less than a year later, East Germany was effectively taken over by West Germany as part of the reunification process. Hugely significant gains for East Germans were enshrined in the new constitution: freedom of travel, freedom of expression and crucially, democracy. With this merger however, the GDR was snuffed out, erased, and everything changed for East Germans: from the way they voted, to the brand of butter they bought, to the newspapers they read.

Despite the concrete benefits brought by the collapse of communism, the changes to daily life were also extremely unsettling. East Germans became aware that what they wore, how they spoke and how they behaved marked them out as being different from West Germans. 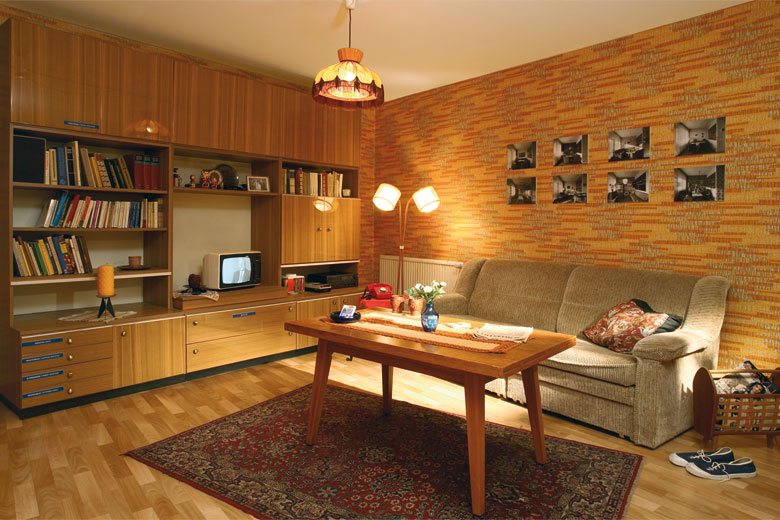 Mock up of an East German living room in the GDR Museum, Berlin ©DDR Museum, 2014

They didn’t necessarily know, for example, how to pronounce items on the McDonald’s menu or how to use a coin-operated supermarket trolley. Not knowing many small things like this often made East Germans feel uncomfortable, and even like second class citizens in reunited Germany.

At Kew, we don’t yet have the Foreign Office files relating to the fall of the Berlin Wall – these will be released by the government in 2016. The National Archives does however hold documents reporting shooting incidents at the Wall, underlining just how heavily guarded the Berlin Wall was. On 1 June 1967, for example, the Foreign Office received news of the following escape attempt:

‘At 1016 hours today a man aged about 30 attempted to run through the Sankrug Bridge crossing point from East to West Berlin. The [East German] Berlin Border Brigade Guards fired one shot at him as he was passing the East German barrier. The bullet clearly hit him but he continued…a second shot hit him in the right leg and he collapsed in a pool of blood. A BBB Guard came out and dragged him back out of sight behind the barrier.’ 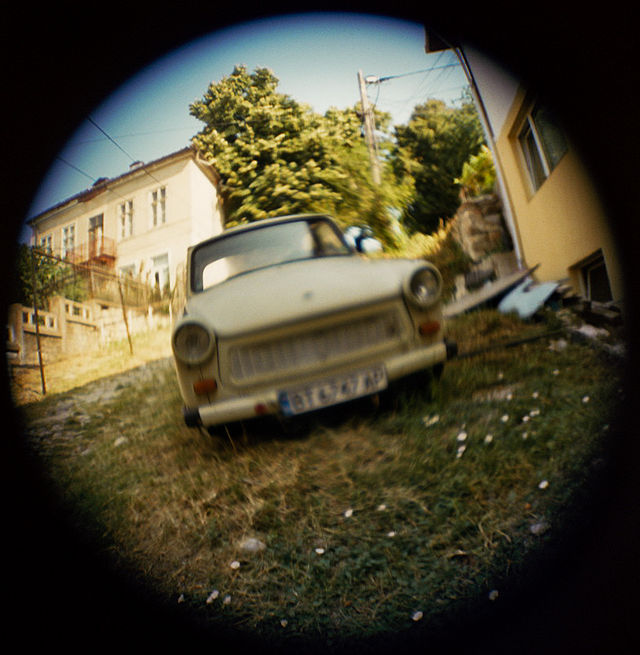 Records from The National Archives show that the Foreign Office responded with outrage to such ‘barbarous’ and ‘offensive actions’, condemning the ‘senseless murderous acts of armed East German units’. As the Cold War raged between Western values and socialist principles, such criticism of the East is hardly surprising to see from the British government.

Museums and archives in Germany reveal just how varied life was behind the Iron Curtain.

The brilliant GDR Museum in Berlin evokes a real sense of everyday life under communism, with a mock-up East German sitting room, a wardrobe full of East German clothes to rifle through, and even a Trabant car to sit in!

You can also visit the former Stasi prison at Hohenschönhausen, where former inmates give tours. This offers a glimpse into the grimmer side of the GDR, which imprisoned 225, 000 East Germans for political crimes in its 40 year existence.

Many other East Germans were also subject to the attentions of the Stasi, East Germany’s secret police – the Stasi gathered information about political suspects by tapping people’s phones, wiring their houses, and even collecting smell samples in jars, so that sniffer dogs could track where they had been. 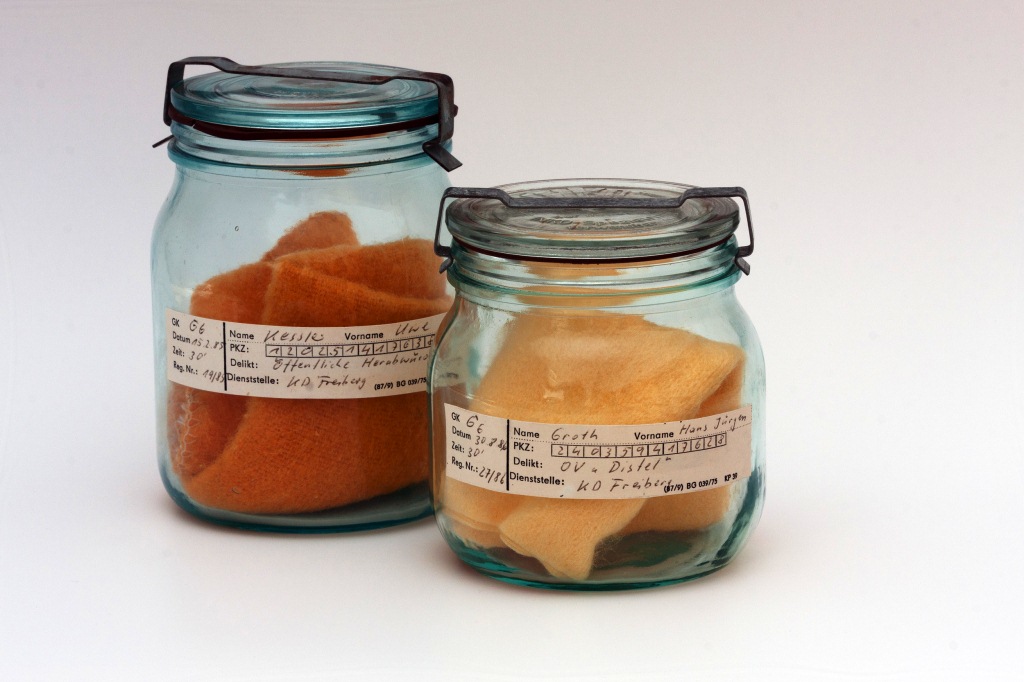 After the Berlin Wall fell, the German government decided to open the Stasi archives, meaning that people could (and still can) see the files that the Stasi compiled about them. The wealth of detail they collected is staggering: from the brand of toothpaste an individual bought to what time they ate their main meal of the day.

Information was power, the Stasi reasoned: if an interrogator demonstrated an in depth knowledge of a suspect’s life, it made it seem futile to withhold information. Unbelievably, as a result of this logic, the Stasi gathered more paper files over 40 years than had been collected in the whole of Germany from the Middle Ages to the end of the Second World War.

Eye-witnesses remain a fantastic way to learn about the disappeared world of the GDR. Germany has a so-called ‘Eye-witness bank’, which contains profiles of people happy to talk about their experiences of living through historical events.

Wondering what it was like to go from living under communism one minute to capitalism the next is what prompted me to interview East Germans, and to ultimately write a book about their experiences. I will also be talking about this in my public talk on 31 October at The National Archives.