Life or death by chocolate?

‘Anything is good if it’s made of chocolate’ Jo Brand is quoted as saying.

However, Ms Brand clearly hasn’t been spending enough time downloading documents from KV 4. If she had, she’d realise her statement is quite spectacularly wrong when it comes to the skills of the German Sabotage Services in the Second World War: 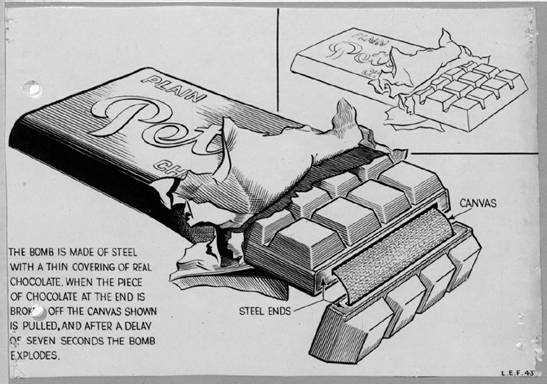 This ‘Hand grenade disguised as a slab of chocolate’ is one of a number of designs and objects allegedly used by German agents that are included in KV 4/284.

As it is National Chocolate Week this week (who knew?!), I have indulged myself with a blog dedicated to the subject. From the pension file of a ‘Chocolate making expert’ in PIN 13/303 to a ‘Visit of Fry’s Chocolate Train to Paddington’ in RAIL 257/53, the topics covered in The National Archives’ collection are a multitude of flavours.

What began as a browse through some of the delicious advertisement designs included in our Image library soon became an addiction, as I discovered more and more unusual records, such as the one above, particularly relating to the more sinister side of the sweet treat.

For example, papers in MEPO 3/1583 tell the ‘mystery of the poisoned chocolates’.

In 1922 Walter Tatum was arrested for the attempted murder of the Police Commissioner and Assistant Commissioners at Scotland Yard by sending them chocolates laced with poison. He sent three separate packages. The first aroused the suspicions of staff and so was sent for testing. Before the results were returned however, the Commissioner, expecting to receive chocolates from his daughter for his birthday, opened another package from Tatum and ate a ‘whipped cream walnut’. He became violently ill, and his secretary, not believing it was his roast pork and Guinness lunch, opened one of the chocolates ‘…and found, in addition to the usual cream and walnut, an alien substance of a mauvish tint which resembled a very thick consistency of oil paint,’ soon to be identified as arsenic. Tatum had also hidden arsenic in chocolate éclairs and ‘two small tablets of Cadbury’s chocolate … each tablet had been tampered with by cutting out two small circular discs and inserting alkaline arsenic of a blue tint’ in the third package then intercepted.

After a long night medicated with brandy in his office at Scotland Yard, the Commissioner survived to be able to enjoy the chocolates from his daughter Beryl that had arrived shortly after the rogue package.

On the flip side of adding substances to chocolate, records discussing ‘vitaminised chocolate’ in MAF (Agriculture, Fisheries and Food) show that significant research was carried out as to how chocolate manufacturers could add vitamins to their products without the manufacturing process destroying their properties. This chocolate, fortified with soya flour, was designed to be distributed both as nutritious relief to children in ‘liberated territories’ and heavily bombed areas during the Second World War. Expert tasters however noted that the chocolate produced was not particularly ‘palatable’, but this was not the point, apparently. 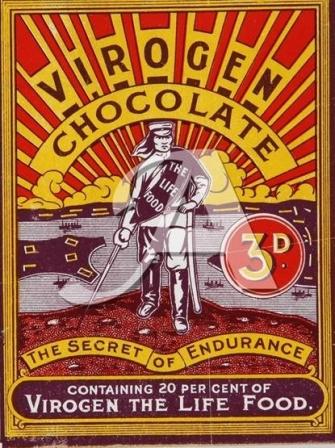 Having begun on a ‘dark’ chocolate note, I’ll finish on proof that it’s not always ‘death by chocolate’ – quite the opposite in some cases. Included in COPY 1/446 is a photograph with the caption:

‘Photograph of group of wounded soldiers, including man whose life was saved by a Queen’s chocolate box, showing four figures seated in front of picture”: 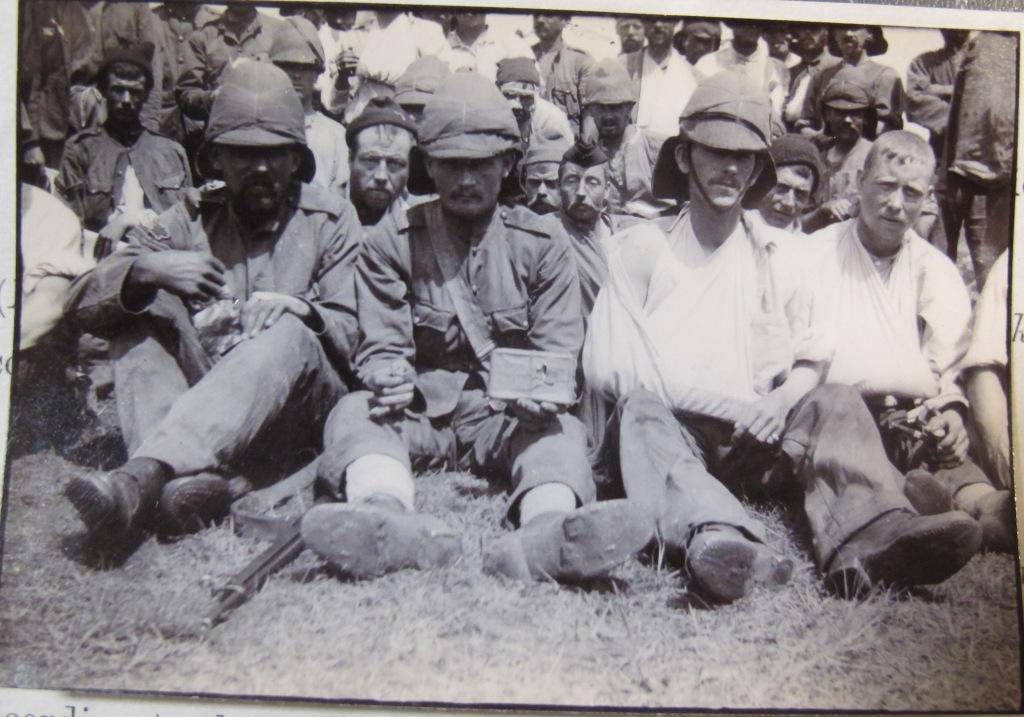 Time to start carrying chocolate with you everywhere… just in case.