LGBT History Month is here again and archives across the country are celebrating the diverse contributions of lesbian, gay, bisexual and transgender people to our communities, societies and organisations. For me personally this month’s festivities are bittersweet though, as they also mark the beginning of the end of what has been a very rewarding, interesting and enjoyable year.

I’ve spent the last ten months as the Opening Up Archives Trainee at Gloucestershire Archives and have been involved in a wide range of activities designed to make the documentary heritage of Gloucestershire and South Gloucestershire more accessible. From designing online learning activities and training for colleagues and community groups, to addressing the challenges of ingesting and sharing digital deposits, these experiences have given me the opportunity to learn about aspects of archival practice I had never considered.

Since September I’ve also been running a pilot project to explore the LGBT history of the two counties that once made up the historic county of Gloucestershire. The project focuses on developing relationships between the Archives and local LGBT communities in the hopes of gathering new material, as well as beginning to search through existing records to find the hidden histories we feel are probably in the collections, albeit very well buried. 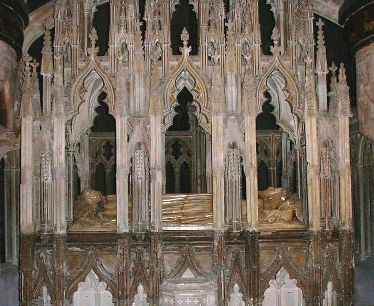 Unsurprisingly there’s little explicit evidence in our catalogues of LGBT lives in Gloucestershire or South Gloucestershire before the late twentieth century. Secondary sources have highlighted an 18th century sodomy case and suggested there were lesbians in the ranks of local suffragettes, while historians try to unpick the complex relationships between Edward II, now buried in Gloucester Cathedral, and his ‘favourites’.

Unfortunately information used in these books and articles appears to have come from within collections that are not fully catalogued, which makes locating some of the primary evidence problematic. Colleagues and volunteers working with our criminal and asylum records have also been keeping an eye out, in the hopes of finding evidence of LGBT lives that were more formally, if perhaps obliquely, recorded.

In recent years regional lesbian and gay community organisations have begun depositing material with the Archives, allowing us a glimpse into their work and its social and political context from the mid-1980s onwards. Some of the material is closed – by request or for data protection reasons – but it is clear that issues like Section 28, the age of consent and marriage equality, celebrating the anniversary of the Stonewall Riots, and working collaboratively with other groups within and outside of the gay community have been as important to their activities as local Pride celebrations or social events. 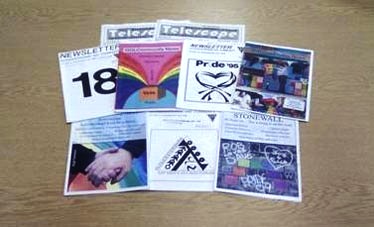 From the outset we wanted to try and capture individual stories, so we’ve been enlisting the help of local community networks, and using social media and local radio to promote the project. Our aim was to collect oral history reminiscence recordings from current or past residents who self-define as part of the wider LGBT community, allowing us to add their memories and stories, told in their own words, to the collections. Progress has been slow, but a few generous souls have given us a glimpse into their lives, adding richness to the picture we are now beginning to build of the historic county’s LGBT past, and present.

I’ve learned a lot through the course of the pilot project, particularly relating to the challenges of building relationships and establishing trust, and I think when it is complete we will be able to consider it a success.  We have built new links with LGBT organisations and their supporters, developed existing relationships with community groups in the area, begun to review the material already in the collections, and been able to gather some personal stories, as we’d hoped. The final step is to publish an online exhibition that we hope will encourage further contributions from across the region, as well as acting as a finding aid of sorts for anyone interested in exploring this material themselves.

Both the project and my traineeship come to a close at the end of March, but Gloucestershire Archives are still keen to hear from anyone who has local material related to LGBT history that they would like to donate, or who are interested in being involved in any future work the Archives undertake.

Wherever my journey takes me next I will look back on my year at Gloucestershire Archives fondly, and I’m certain the skills I’ve developed this year will help me to make the most of whatever opportunities lie ahead.