Let’s talk about the Mangrove Nine

‘Have you heard of the Mangrove Nine before?’

‘Have you heard of Martin Luther King?’

These questions opened the spoken word workshop run by Trinidadian writer and musician Roger Robinson at The National Archives on 21 November, the second of two collaborative events held with the Black Cultural Archives as part of the Being Human Festival. 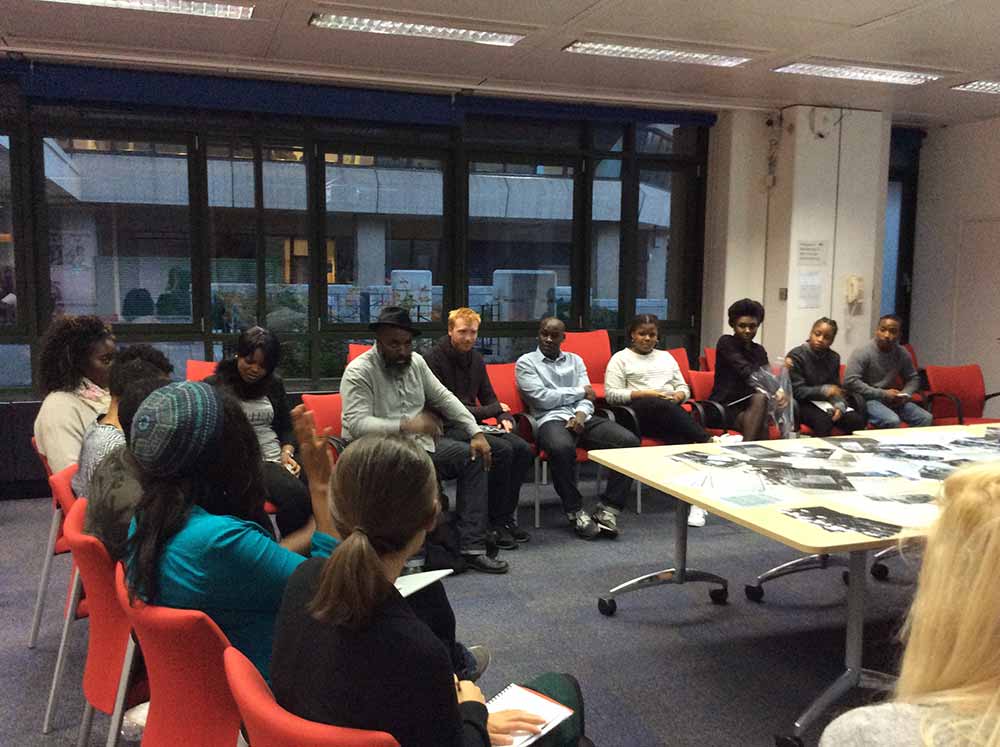 Black British History has been understudied in schools and universities compared to the US Civil Rights movement, and yet there is a rich history of black British rights struggles in the UK. We wanted to address this gap by using striking original archive material, film and spoken word to bring to life one of the flashpoints of this under-explored history: The Mangrove Nine trials.

Growing tension between the police and the black community in Notting Hill provoked a demonstration against police harassment August 1970; many were arrested and nine people were charged with the primary charge of incitement to riot. They became known as the Mangrove Nine. The trial and the community campaign that supported the nine represented a high point for the British Black Panthers. Using radical legal tactics, including applying for an all-black jury and self-representation in court, the Mangrove Nine were able to bring to light police brutality in Notting Hill and witnessed the first formal recognition of racism and prejudice within the police.

Our events brought together archive material from both the government and the community perspective for the first time, revealing the full complexity and impact of the Mangrove trials.

Headed under four themes – Origins, Protest, Trial and Impact – the documents included Frank Crichlow’s original complaint to the Race Relations Board on the targeting of the Mangrove restaurant:

Anthony Mohipp’s powerful political statement setting out the reason for the demonstration was also included:

‘We the black people of London have called this demonstration in protest against constant  police harassment which has been carried out against us, and which is condoned by the legal system.’

At the workshops people could look at secret government and police reports on ‘black activism’, witness statements and seized Black Panther campaign material, all held by The National Archives. This included photographs collected by the police in order to suggest that key leaders of the Black Power Movement were implicated in planning and inciting a riot.

Alongside the police and government reports were grassroots pamphlets, periodicals and newspapers from the Ansel Wong collection at the Black Cultural Archives. Much of this material was used to raise national and international support for the trials. This included photographs from Neil Kenlock, the official photographer of the UK Black Panthers. 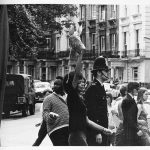 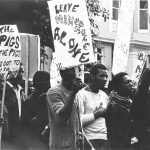 The striking, and at times controversial, material inspired discussion throughout the event, signifying the relevance of the Mangrove Nine trials to current race relations. A number of participants had grown up in Ladbroke Grove and Notting Hill and were struck by how much the protests resonated with community concerns over the gentrification of the area today. 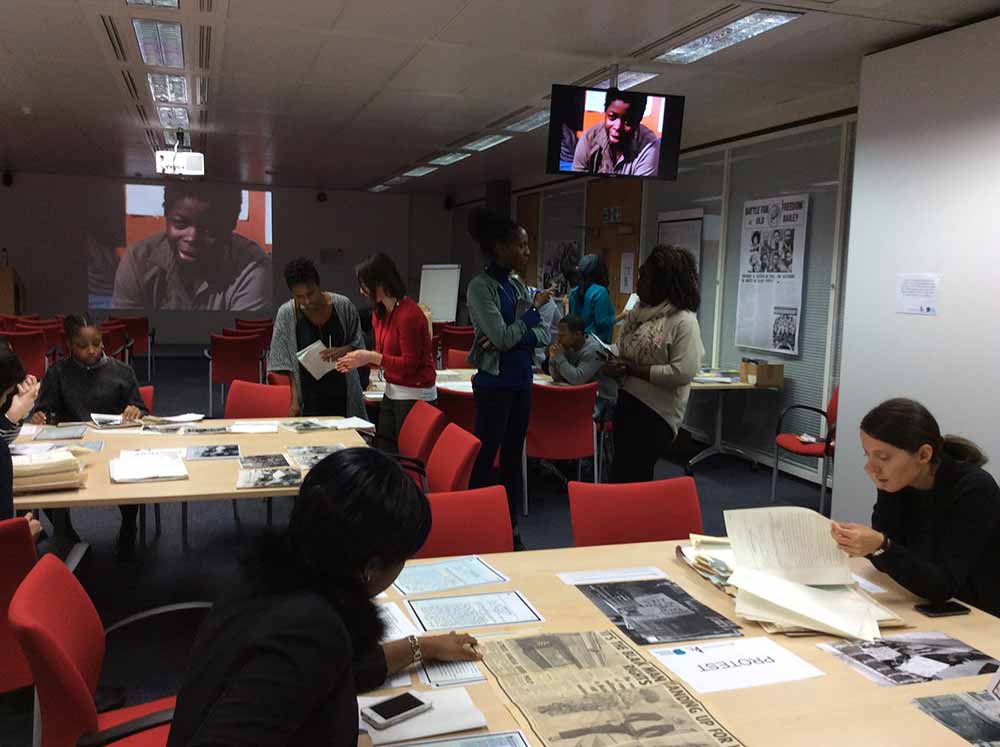 Participants reading and discussing the documents

The themes of protest, civil rights and racism formed the base for the final workshop led by the brilliant Roger Robinson. Using photographs and archive material to directly inspire the spoken word, Roger asked participants to focus on their own forms of protest. The workshop culminated in powerful performances of these poems. 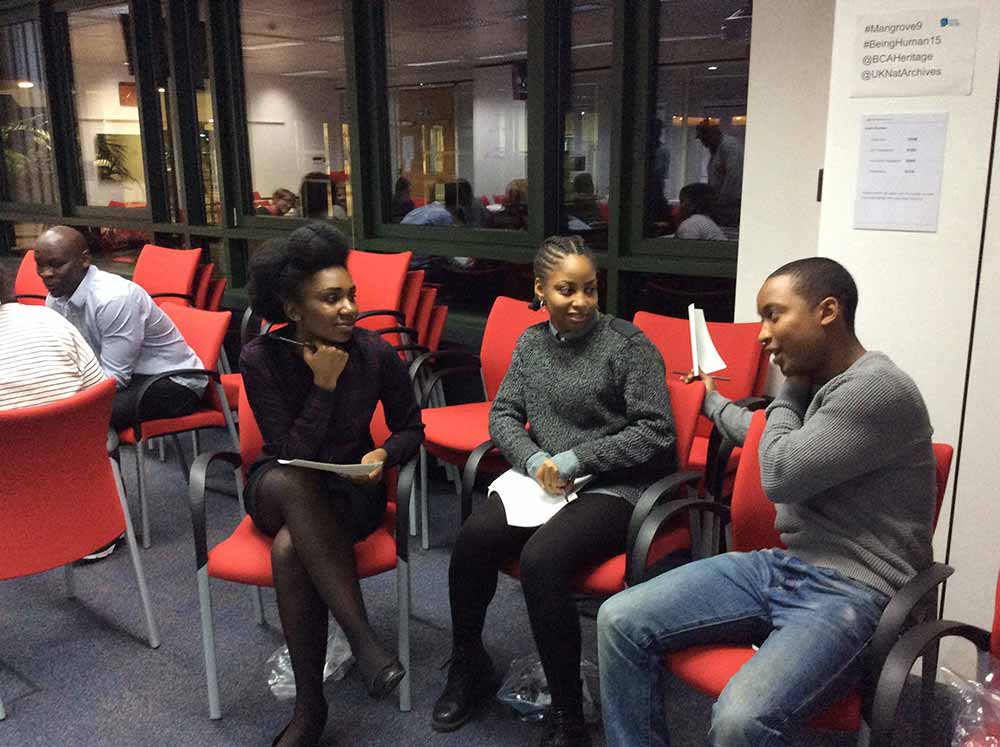 The events helped to make archival material accessible and relevant to young people through the powerful vehicle of spoken word and a focus on history that is in living memory. More importantly they demonstrated to those who attended and The National Archives the impact of encouraging access to local and community history. As one person stated on leaving:

‘I will never look at my streets in the same way again.’