The National Archives recently started a new service where you can chat live to a colleague via the internet. This service is similar in idea to an email messenger service, where you can ask questions and receive answers immediately.

The National Archives’ latest trial in the techonological world of interactive records enquiries is the webinar. Our Chief Executive and Keeper, Oliver Morley, was the first to test this new way to talk to the public.

The livechat system is the next step in records advice; no waiting for emails or snail mail to arrive, just ask a question and receive an answer straightaway. In most cases we are able to answer the enquiry, but occasionally we may still refer the enquirer to our contact form.

How much better than days gone by…

Ten years ago mobile phones were just becoming commonplace. They are now so common no one thinks twice about someone walking down the street talking to themselves – a sight that may previously have made you consider crossing the road!

The National Archives holds records on the Independent Expert Group on Mobile Phones. This committee was set up:

‘To consider present concerns about the possible health effects from the use of mobile phones, base stations and transmitters, to conduct a rigorous assessment of existing research and to give advice based on the present state of knowledge. To make recommendations on further work that should be carried out to improve the basis for sound advice.’

The report was published in May 2000, and records are available in catalogue refs: HP 4, HP 5, and through the UK Government Web Archive. The website of the Commission is also still available to view the material.

Nowadays we have the likes of Skype, allowing the caller to see who they are talking to using a webcam. Even phones now provide the ability to talk face to face.

But remember to look after your technology! The British Crime Survey datasets from 1982 to 2002 (catalogue ref: HO 400) contains records of mobile phone theft.

20 years ago we would never have thought of email as a standard way to communicate. No-one really considered sending a letter via computer to family members; or ask for advice; or write a complaint.

Sending a postcard to friends or relatives was considered part of your holiday. Now we just post on a social media website. Within a few minutes everyone knows where you are, and how badly you have burnt yourself. I still prefer showing everyone the 376 photos I took of my holiday, although afterwards not sure why I took so many.

No such problem with our collection of World Through a Lens images, or the British Empire Collection of Photographs in catalogue ref: INF 10. 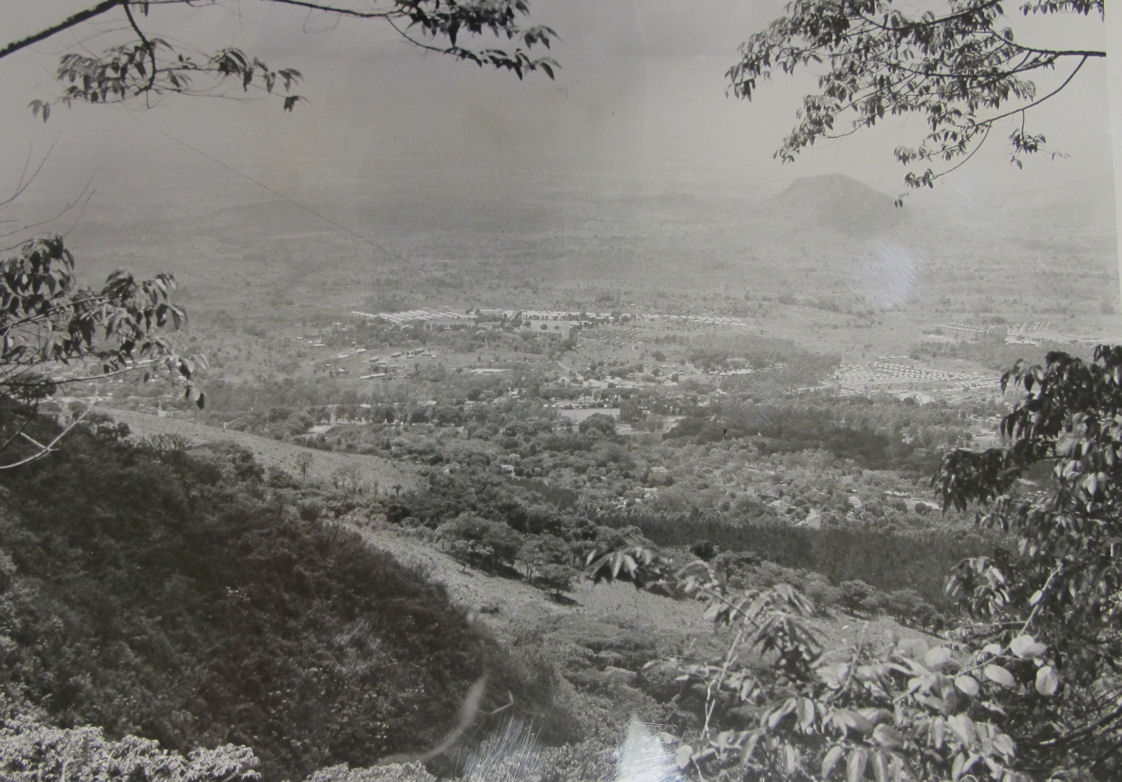 Today, people are used to the concept or use of Voice over Internet Protocol (VoIP), such as Skype, which allows calls to be made via the internet, but 50 years ago very few people had telephones at all. If you wanted to make a call you went and found a nice red box, asked the operator for the number and then inserted coins. Just watch any old black and white film to get a feel of this experience. 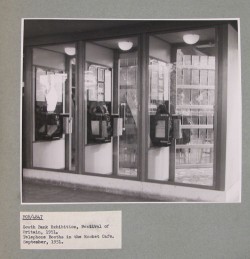 This image (from WORK 25/213) shows telephone booths in South Bank, London. It was taken during the Festival of Britain during September 1951. 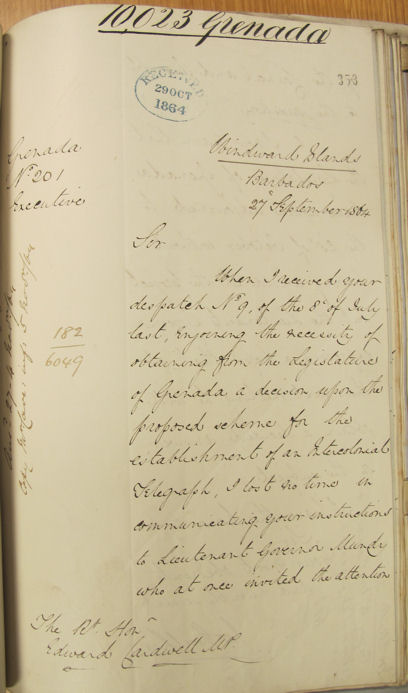 During the mid-19th century people were using telegrams. With the telegraph system a message could be sent from the other side of the world and received the next day in England.

The Colonial Office records from the 19th century are full of reports and requests for new telegraph stations. This includes a ‘Proposal for building Intercolonial Telegraph’.  A document in CO 101/121/49 confirms the Legislative Council will discuss the proposed establishment, but not till after their adjournment.

Another Colonial Office record reveals the sorry tale of Mr Lyall. He took over the lighthouse on the island of Stephens in the Cook Straits, New Zealand. His pet cat brought home a number of tiny corpses of a flightless bird. Mr Lyall preserved the specimens and sold them to a dealer. These examples made their way by ship to England and a new species was discovered. Unfortunately, by the time Mr Lyall was informed of his find, his cat had stopped bringing home this small Wren.

If Mr Lyall had access to technology like Live Chat or webinars, the answer may have been with him before forest clearance and a cat had exterminated the Xenicus lyalli.

Now think of the poor Greek fellow Phillippedes (or was it Thersippos?) who was required to run to Sparta (or was it Marathon?). If he had access to email, telephone, telegraph or any modern technology then there would be no marathon today. 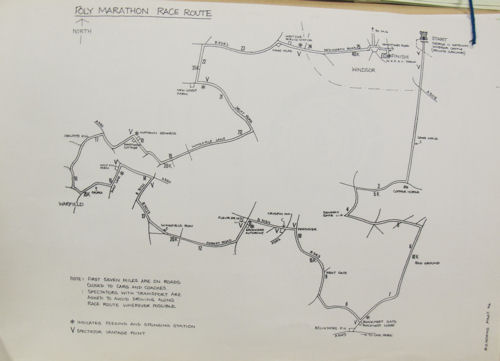 Route of the Polytchnic Harriers marathon in 1976 (catalogue ref: CRES 46/60)

Unfortunately, The National Archives does not hold any records dating back to ancient Greece! But we do have a number of documents on marathons. For example, in 1976 the Polytechnic Harriers ran an international marathon through the Great Park, Windsor.

This was screened by BBC Grandstand, and the file (catalogue ref: CRES 46/60) contains letters from the BBC on filming rights and also a programme of the runners.

So where does that leave the Archives and records management for tomorrow’s world, when everything is digital, and nothing written? This question is frequently considered in our blog posts.

Lastly, if you are still avoiding the modern techno world, please ensure you wrap your pigeon properly, as advised by the Air Ministry in catalogue reference AIR 10/184.