Kew in the archives

Following the success of our ‘Behind the Scenes’ repository tours we are currently running tours based on specific themes – the first was ‘Kew in the Archives’. Here is a selection of some of the original documents we chose for our display.

One file (MAF 328/24) contains a claim received by The Royal Botanic Gardens for injuries and loss caused by a particularly savage squirrel, which apparently attacked a lady visitor unprovoked, tearing her dress and stockings and breaking her necklace.

The incident apparently forced the victim to prematurely end her holiday and return to her home in Wales, as well as developing a phobia of walking beneath trees. A solicitor’s letter enclosed acknowledges on behalf of the Gardens that although the incident would have caused distress, they cannot be held responsible for ‘damage caused by wild animals naturally present on the land’.

They would not, therefore, agree to pay any compensation.

The Public Record Office moved the majority of its holding from their former home in Chancery Lane to the new purpose-built Kew site in 1977. The Brutalist architecture of the building, so named for the raw concrete finish (béton brut) was  a popular style at the time and used in several other London sites such as the Barbican centre, the South Bank and Trellick tower.

We hold an album of photographs showing the construction of, and transfer of records to, the Public Record Office, Kew, from 1977. 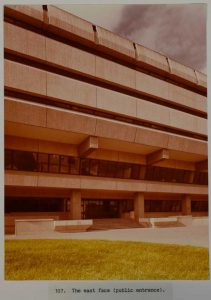 External view of the site at Kew (catalogue reference: PRO 62/6) 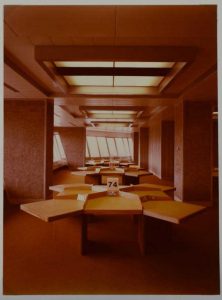 This series of photographs depicts the building during and shortly after opening. Although some major changes have taken place since then, other things (these reading room tables for example) are still very much in use today. 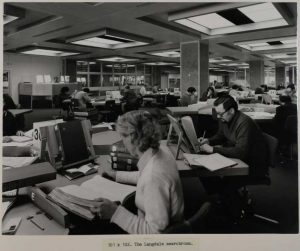 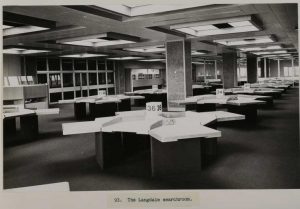 The flood that occurred in the early hours of 7 January 1928 was the last major flooding to hit central London, with the highest ever water levels being recorded. Although the waters receded later that day, extensive damage had occurred in areas all along the route of the river. Several Underground stations, the House of Commons and the Tate Gallery all flooded. 14 people were killed in the flooding and thousands left homeless, and it took a month to fully drain the waters.

The concept of building the Thames barrier was raised several times over the following decades and eventually carried out in 1984, greatly reducing the risk of flooding on this scale recurring. These photographs show the Ministry of Labour site (now The National Archives) and the surrounding streets partially submerged. 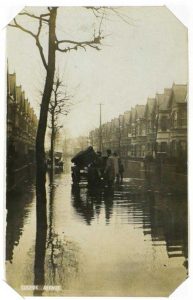 Photographs of the Claims and Record Office of the Ministry of Labour, Ruskin Avenue, Kew during the Thames flood, 1928 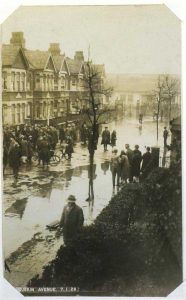 Photographs of the Claims and Record Office of the Ministry of Labour, Ruskin Avenue, Kew during the Thames flood, 1928

The current Kew bridge is the third incarnation – the first wooden toll bridge completed in 1759 was replaced by one of stone in 1789, but by the 1890s the volume of traffic crossing the bridge required a sturdier version, and work was undertaken on the current bridge.

The official opening by Edward VII and Queen Alexandra in 1903 was a major event, with the King himself laying the final coping stone in place. 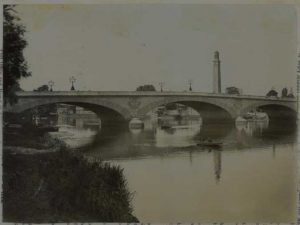 Photograph of Kew Bridge, recently opened by King Edward VII; taken from Surrey side, showing boat in foreground and one in distance, 1903 (catalogue reference: COPY 1/464/209) 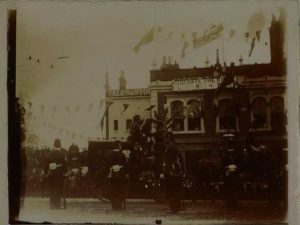 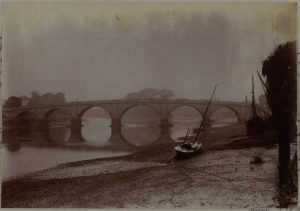 Before a bridge existed linking Kew to Brentford the right to freely cross the river was open to anyone. This changed in 1536 when a man named John Hale was granted ferrying rights to the crossing, enabling him to charge anyone who wished to cross the river.

‘…for every horse and man a halfpenny and for every man woman and chylde a farthing.’

This led the inhabitants of Old Brentford to file suit against him – we hold a document that records the case. Hale was able to successfully argue that he had been legitimately granted the rights under royal Letter Patent and the people of Old Brentford lost their case.

The rights to charge for crossing at Kew (here spelled Cao) were passed down and the ferry was later replaced with a toll bridge, with free crossing eventually being reinstated by act of parliament in 1869. 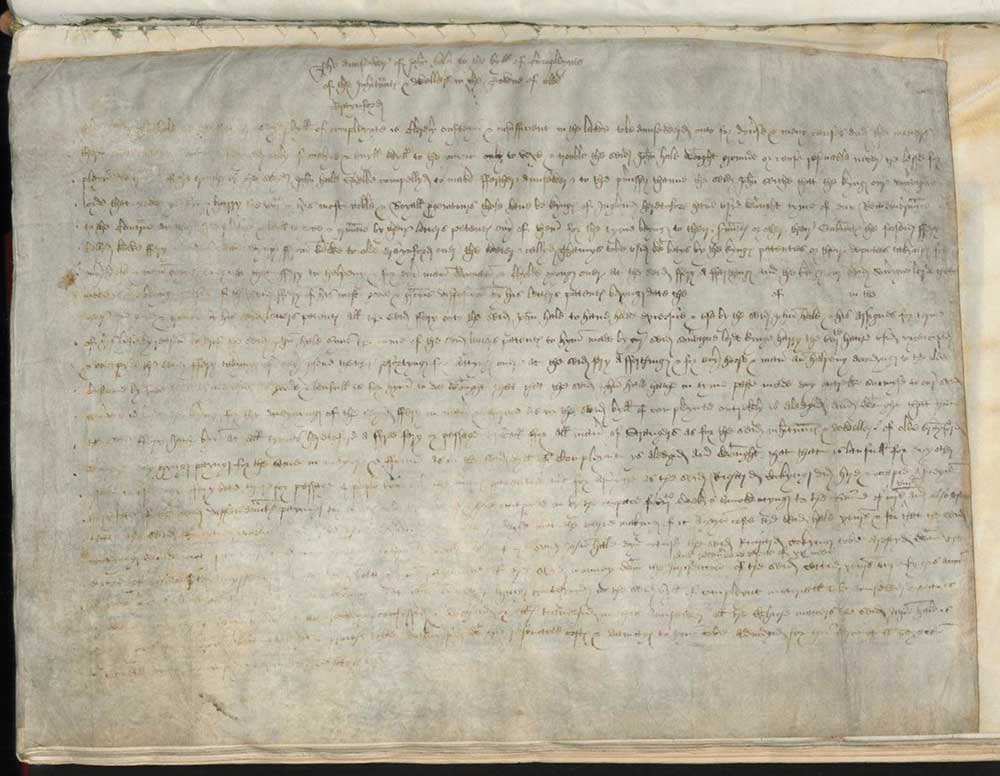 One file (MAF 229/35) contains correspondence relating to a proposed restoration the pagoda in the Royal Botanic Gardens to its original 1762 design, including the reinstallation of 80 gilded dragons which had adorned the building but were removed after only 20 years.

Although the project was intended to be completed at private expense, the proposed restoration cost of £400,000 and the possibility of spending this amount on ‘a merely decorative project at a time of national near-emergency’ is much debated.

The project was ultimately opposed by the Ancient Monuments and Historic Buildings Board for ‘practical and aesthetic considerations’ and shelved – however nearly 40 years later a virtually identical restoration project is currently underway, with completion due in 2018.

No bath chairs, perambulators or velocipedes were allowed within the gardens without written permission, while the practicing of military evolutions, the playing of games and picnics were all forbidden. 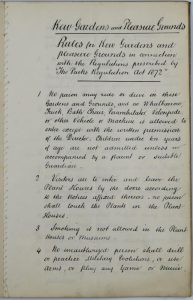 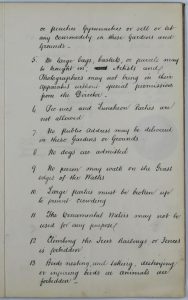 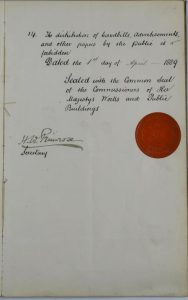 Our next event, on Friday 18 August, will focus on ‘Art in the Archives’. Visit Eventbrite for information on our regular ‘Behind the Scenes’ tours, or contact us to arrange a private group tour: