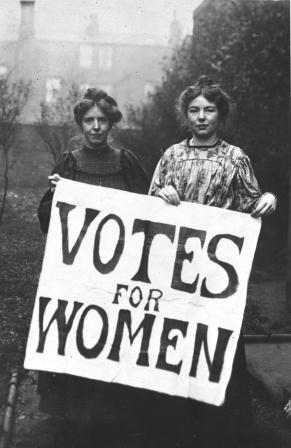 To coincide with the nationwide release of the film Suffragette, the official watchlist containing details of over 1,300 suffragette arrests has been published online by Ancestry, in association with The National Archives.

Digitised from the original record held at The National Archives in Kew, the online collection – England, Suffragettes Arrested, 1906-1914 – lists the names of those arrested for the cause, along with the places and number of times they were arrested (HO 45/24665).

The records feature details on the detention of some of the notable female activists, such as Sylvia and Emmeline Pankhurst, Annie Kenney and Emily Wilding Davison.

Listed under each suffragette are the places and number of times they were arrested: one suffragette, Annie Bell, was arrested a staggering 14 times. Occasionally there are added notes which give an insight into the treatment of suffragettes, such as the entry for Frances Gordon which reads ‘Replies to questions on forcible feeding have been registered’. 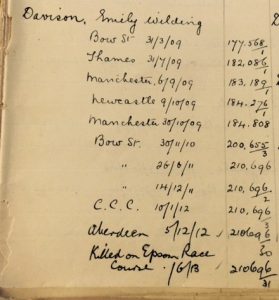 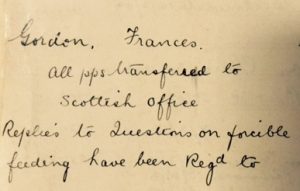 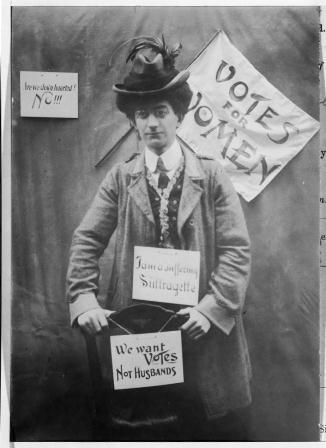 One of the interesting insights this record provides is the number of male activists who campaigned and were arrested as part of the suffragette movement. The record reveals the names of over 100 men, as well as over 1,200 women, detained as a result of their fight for equal voting rights at the turn of the 20th century.

One male activist was Hugh Arthur Franklin, who was arrested five times from 1910-13 and was the first person to be released under the famous Cat and Mouse Act of 1913.

The records show that the suffragette movement could involve the whole family – the most famous example being Sylvia, Emmeline and Christabel Pankhurst, of course.

However, there were many other suffragette families, such as Isabella and Eileen Casey, mother and daughter – who I wrote about in my previous blog, after meeting their relative who was researching family history here at The National Archives. 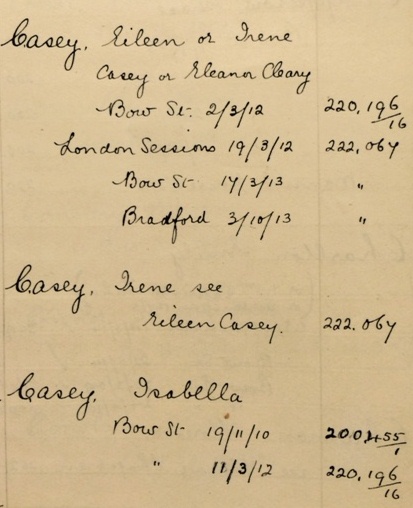 The official watchlist also shows where women used aliases to conceal their identities. When you get to the index tab ‘U’, there are vast numbers of arrests listed as ‘unknown’, presumably where the person has refused to give their name. However, in quite a few instances it is then followed by a name, which was probably added afterwards if they received the details by other means. 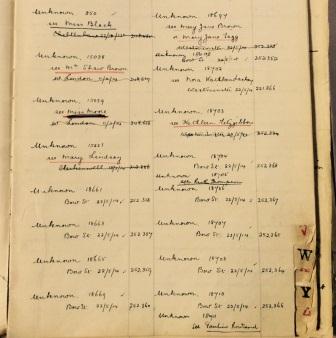 Arrests across Britain and Ireland 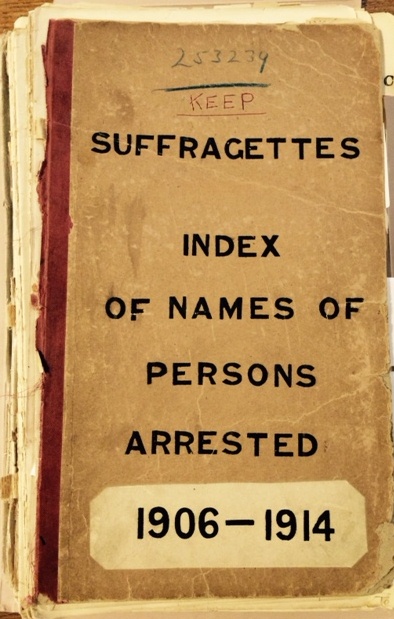 While the majority of arrests were in London, specifically Westminster and Bow Street due to the main protests being held outside Government buildings, these records reveal the extent of the oppression throughout Britain and Ireland.

There were arrests in big cities such as Birmingham, Bristol, Liverpool, Manchester, Newcastle, Glasgow and Dublin – but it doesn’t end there. It also shows the spread throughout other towns and cities such as Southend-on-Sea, Oxford, Cheltenham, Crewe, Croydon and Bromley.

There are a number of records in our collection on the suffragette movement, which are part of a number of file series such as Home Office and Metropolitan Police records. You can view and download copies of a selection of extracts and photographs from across the collection on our image library and read more about the suffragettes on The National Archives blog.