Our Keeper’s Gallery currently features a display related to the High Court of Admiralty Prize Papers which are held here at The National Archives.

The High Court of Admiralty (HCA) Prize Papers form a major collection of ships’ papers and many thousands of undelivered private and business letters which were on board vessels captured by British ships during times of war. The papers, which mainly cover the 17th to 19th centuries, are written in over a dozen languages and come from captured ships of many nationalities, mostly French, Spanish, Dutch and American. The High Court of Admiralty series also contains the legal records of the Prize Court relating to each captured ship. A ship’s papers and letters were used as evidence when the fate of the ship was decided by the Prize Court. If a ship was deemed to have been lawfully captured, the ship and her cargo were sold and the proceeds given to her captors. 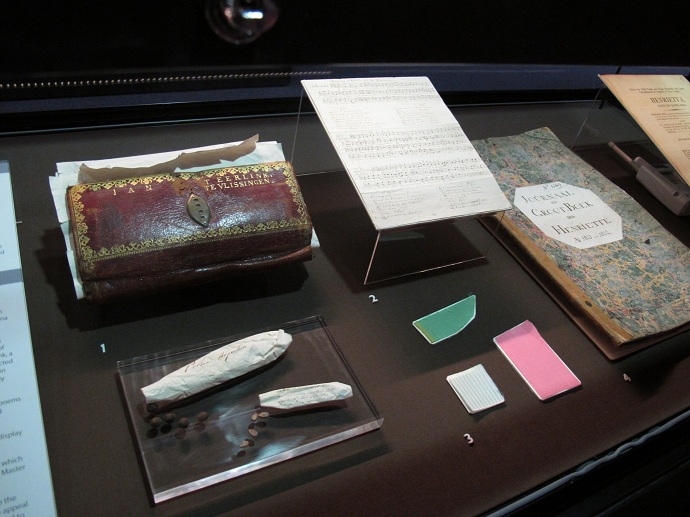 The display in the gallery relates to the Dutch/Prussian ship, the Henriette (also spelt Henrietta). The Henriette was captured in 1803 by the British warship Lapwing while returning from Java and China with a cargo of tea.

Unusually among the items from the Henriette is a red leather pouch which contains 34 different species of seeds in 40 packets. The seeds were collected by Jan Teerlink, a Dutch merchant who was on board the ship. Teerlink collected the seeds during a trip to the Dutch East Indies and China in 1803. 200 years later Kew Gardens managed to successfully germinate three of the seeds. As well as tea and seeds, the Henriette was also carrying samples of silk. 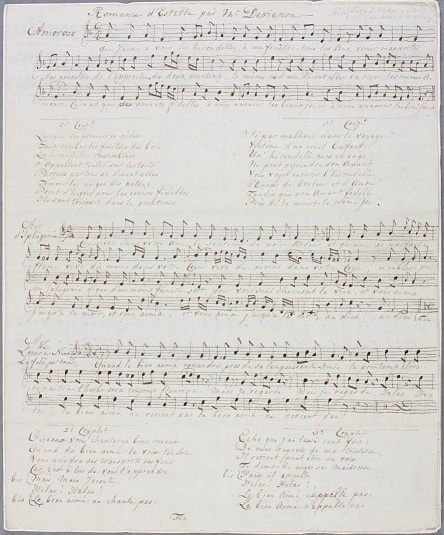 Among the hundreds of letters on the ship were several songs and poems including this sheet of love music written in French called ‘Romances d’Estelle’ by Mr Devienne. 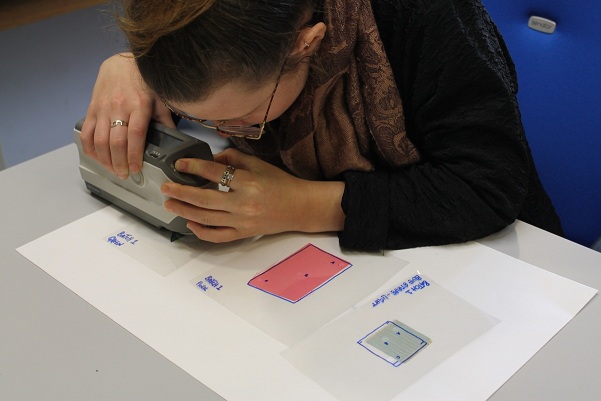 After an initial trial, the case for the Henriette went to the High Court of Appeal for Prizes. The appeal court ultimately decided in 1805 that the Henriette was lawfully captured.

The Prize Papers display will be in the Keeper’s Gallery until March 2015.

I was motivated to put together a display related to the HCA Prize Papers as The National Archives has started a project to make these records more accessible, and we recently held an international conference on the collection. In order to choose the contents of the display I went through many different boxes related to the Henriette as well as documents related to other captured ships. Much of the material, although fascinating, would have been difficult to decipher and would not have worked well visually as part of the display. The Henriette provided an interesting story and items such as the pouch and the seeds were both unusual and aesthetically appealing. 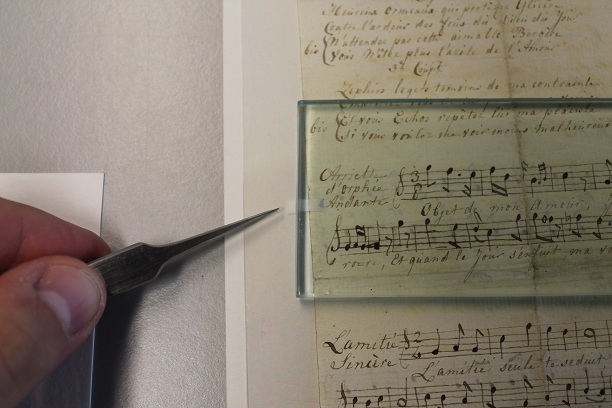 Martin Jackson, HLF/ICON intern from the Collection Care department, carrying out a test to detect the type of ink used on the sheet of music.

Kate Narewska, Loans and Exhibitions Co-ordinator in the Collection Care department, highlights some of the conservation work that went into preparing the items for display:

‘Preparing the HCA objects for display required more planning than usual as there were mixed materials to consider. We are keeping a close eye on any fluctuations in relative humidity inside the display case as all the objects have different needs.

We will be swapping the three silk fabric samples half way through the display for three different samples as the dyes and silk are vulnerable to light. In order to monitor the colour of these sensitive materials the samples were analysed before display and will be analysed after display using a spectrophotometer.’