Our Keeper’s Gallery currently features a display to mark the 50th anniversary of Sir Winston Churchill’s death at the age of 90 on 24 January 1965. Churchill was Prime Minister during the Second World War from 1940 to 1945 and later from 1951 to 1955. A state funeral, which ended up being the largest in the world at the time, had been planned several years before Churchill’s death by officials under the codename ‘Operation Hope Not’. The funeral was held at St Paul’s Cathedral on 30 January 1965 and was attended by representatives of more than 110 nations. Members of the public lined the streets for the procession while millions watched on television. Here at The National Archives we hold numerous records relating to Churchill’s funeral, and a selection are showcased in the gallery. 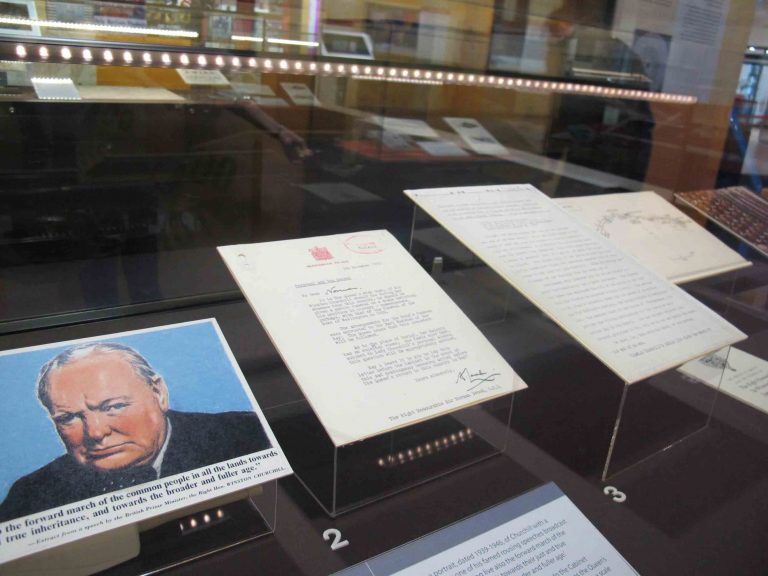 Display to mark the anniversary of Winston Churchill’s death

This is a portrait, dated 1939-1946, of Churchill with Big Ben in the background and a quotation from one of his famous rousing speeches broadcast to France in 1940: ‘Long live also the forward march of the common people in all lands towards their just and true inheritance, and towards the broader and fuller age’.

This letter from Buckingham Palace sent to the Cabinet Secretary Sir Norman Brook, dated 1953, expresses the Queen’s wish that Churchill should be given a public funeral ‘on a scale befitting his position in history’. It was suggested that the funeral should be on a par with the Duke of Wellington’s funeral in 1852. 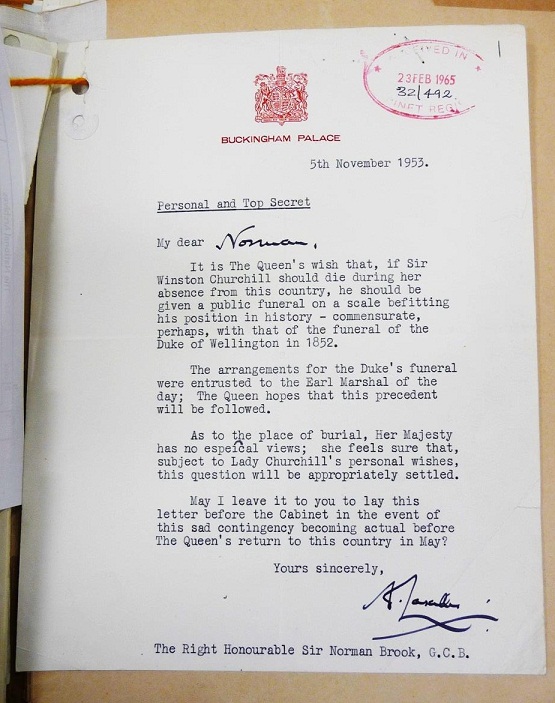 This is a transcript of Prime Minister Harold Wilson’s television tribute to Churchill on 24 January 1965. Wilson states: ‘Tonight our nation mourns the loss of the greatest man any of us have ever known’. 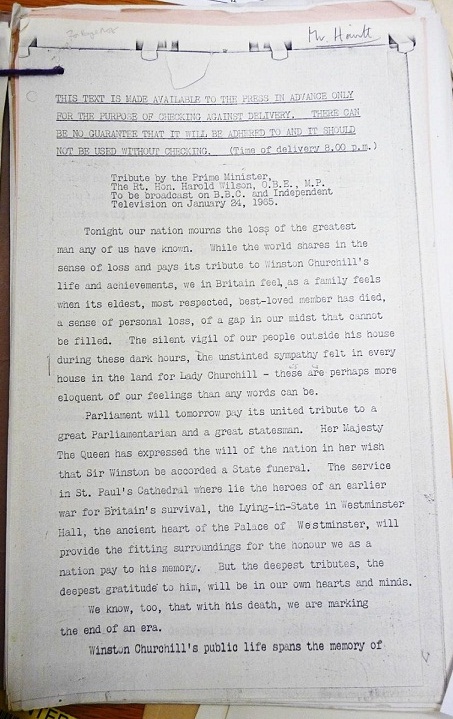 This is a plan for the processional route for Churchill’s coffin. After lying in state for three days in Westminster Hall the coffin was taken in procession along Whitehall and the Strand to St Paul’s. After the service, the coffin was carried down Cannon Street, past the Tower of London and across the Thames to Waterloo Station. It went from there by train to Bladon, Oxfordshire, where Churchill is buried. 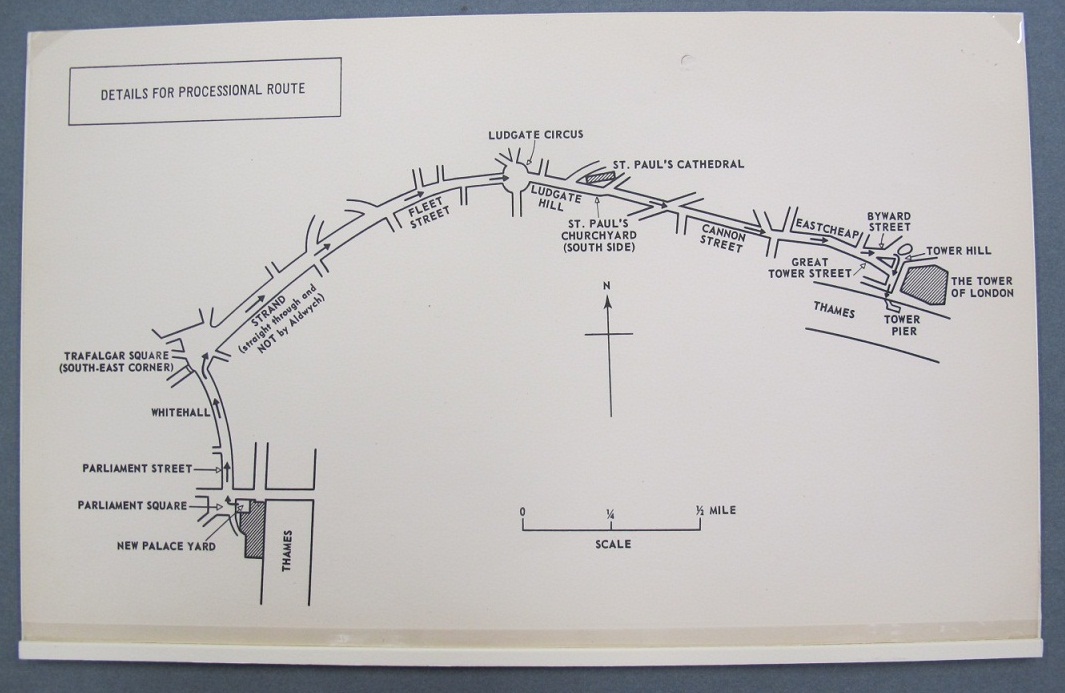 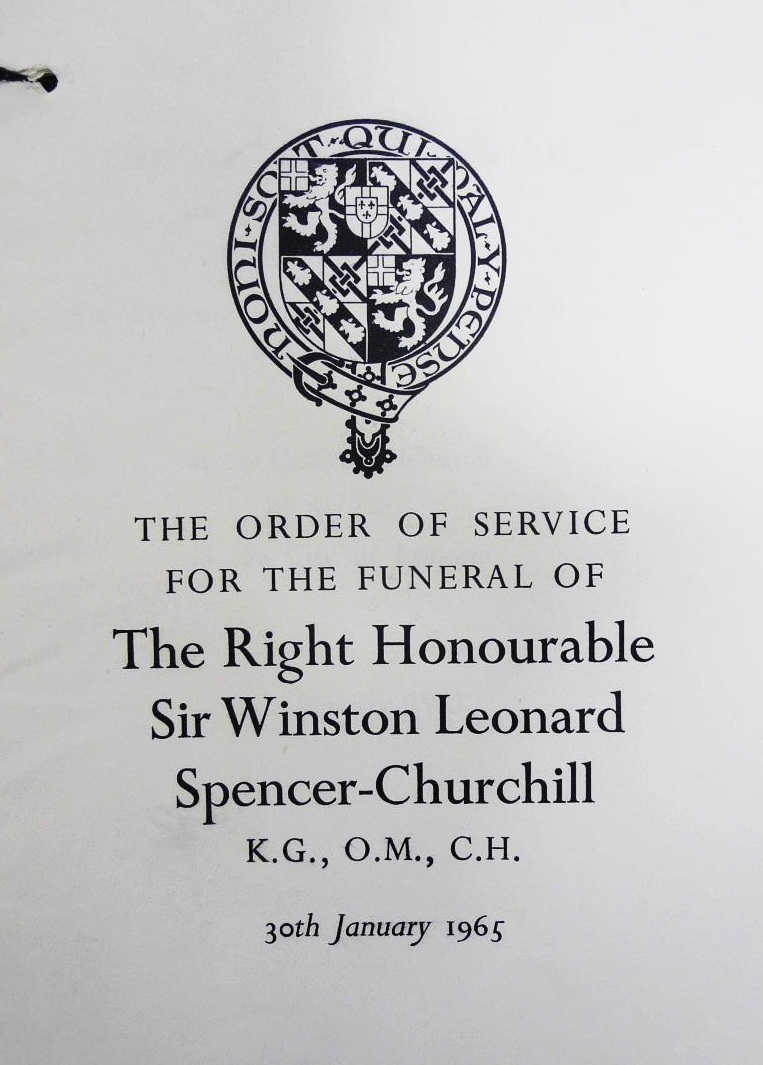 The display on Winston Churchill will be in the Keeper’s Gallery until July 2015.