Set cookie preferences
Home > Blog > The end is nigh: keep calm and carry on

The end is nigh: keep calm and carry on 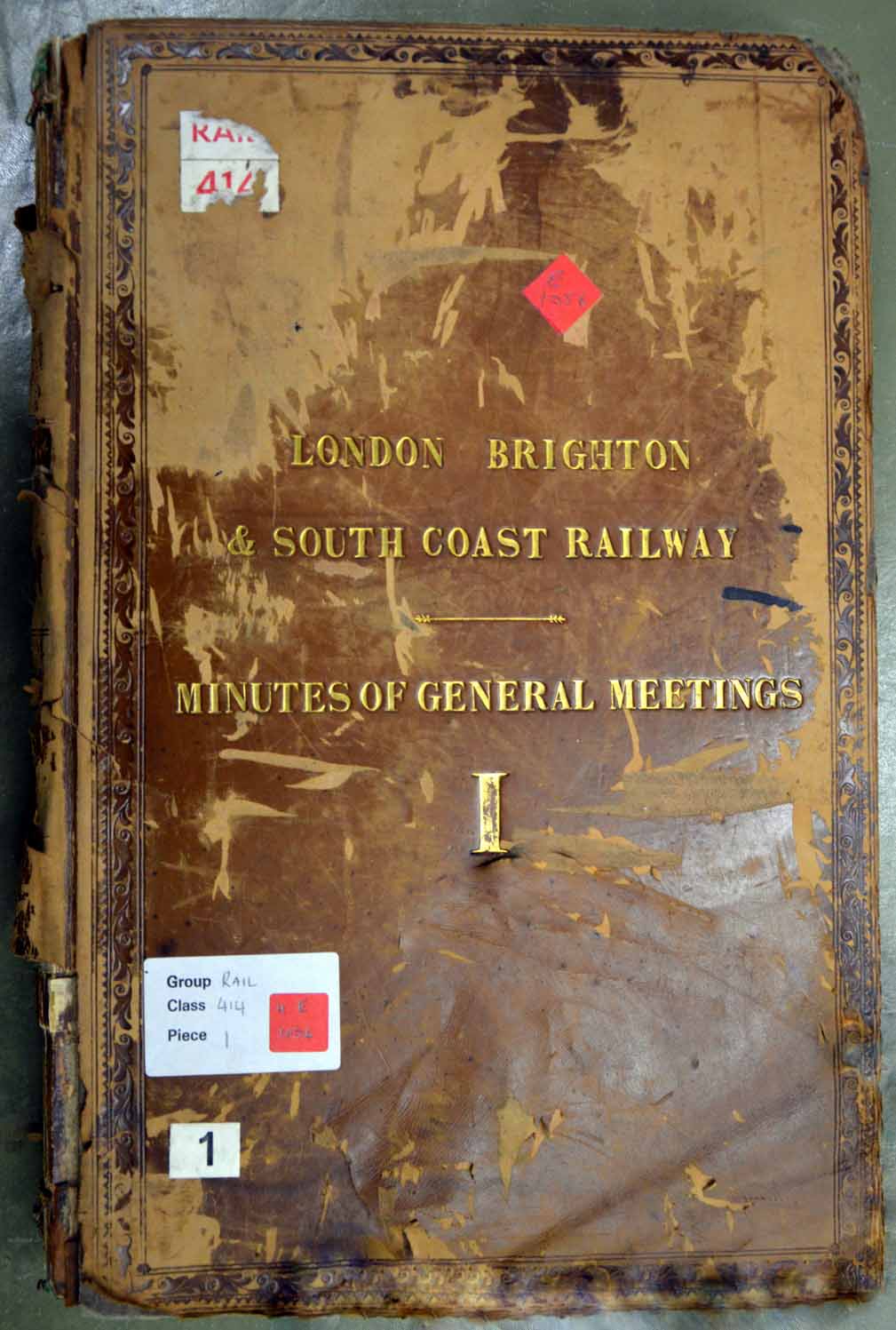 It’s 3.00 in the morning – I sit bolt upright in bed, roused from the most dreadful nightmare, shaking and in a cold sweat. Could it be true? Yes, the grim hard-hitting awful truth: every document, every map, every artefact, in fact every item in all of the collections at The National Archives has been catalogued, transcribed and digitised. There are no more secrets – everything has been done!

Every individual piece is now known and fully accessible. Documents that were once physically produced for the reader (oh so twentieth century) are now readily available online at anytime and from anywhere in the world. In fact, I ordered the last ever document to be physically produced a couple of days ago – RAIL 414/1, the minute book for the London, Brighton and South Coast Railway (of course). The National Archives is now closed to the public; everything is done automatically with only a handful of staff keeping an eye on the digital systems. Once a fortnight someone pops by to cut the grass and tidy-up in Pocket Park. It had been reported that small groups of volunteers were seen wandering around aimlessly with nothing to do. By now, you will have concluded that I have lost the plot. Let me explain …..

I forgot to mention that it is late November in 2114. How I got here is a long and rather complicated story. I just remember passing a blue police box and heard the phone ringing and, as no one appeared to be around, I thought I would be helpful and answer it. You are probably thinking too much black coffee and cheese late at night. You could well be right, but there is a simple truth – at some point in the future everything will have been done. There will be no more cataloguing, no more volunteering – there will be absolutely nothing left to do. What a dreadful thought!

And the reasons why everything would all have been done? It is with huge thanks to all those who have dedicated their time and effort in supporting the many cataloguing and other volunteering projects and activities at The National Archives. The Friends have been helping out since 1988, providing practical support and vital funds to enable projects of all kinds to be accomplished. The volunteers, some of whom are also members of the Friends, have achieved an enormous amount of work – all supporting the staff in one big, seemingly endless, endeavour. Over the years the number of volunteers’ hours devoted to the cause must now run into millions. But, nothing lasts forever, and new technology, new and more effective working practices will help to accelerate the pace of making the records more accessible until eventually that ‘nothing left to do’ day will arrive.

Since 1988 the Friends have undertaken many projects of their own, and in conjunction with other volunteers, both at Kew and remotely. Some of the projects we have been involved with include the index to the Prerogative Court of Canterbury wills and administrations (PROB 12/71–119), Chancery pleadings (C 2 to C 10) Navy Board correspondence (ADM 106, ADM 354 and ADM 359) and War Office records (WO 97, 119 and 121). Our military team of volunteers have made considerable progress with cataloguing many item level descriptions in numerous record series. These have included the Royal Artillery records of service and papers 1755-1917 (WO 69), First World War officers’ service records (WO 339), Civil Defence gallantry awards (HO 250), First World War officers’ service, temporary commissions (WO 374), Royal Marine attestation forms (ADM 157) and improving piece descriptions of the Allotment registers (ADM 27). 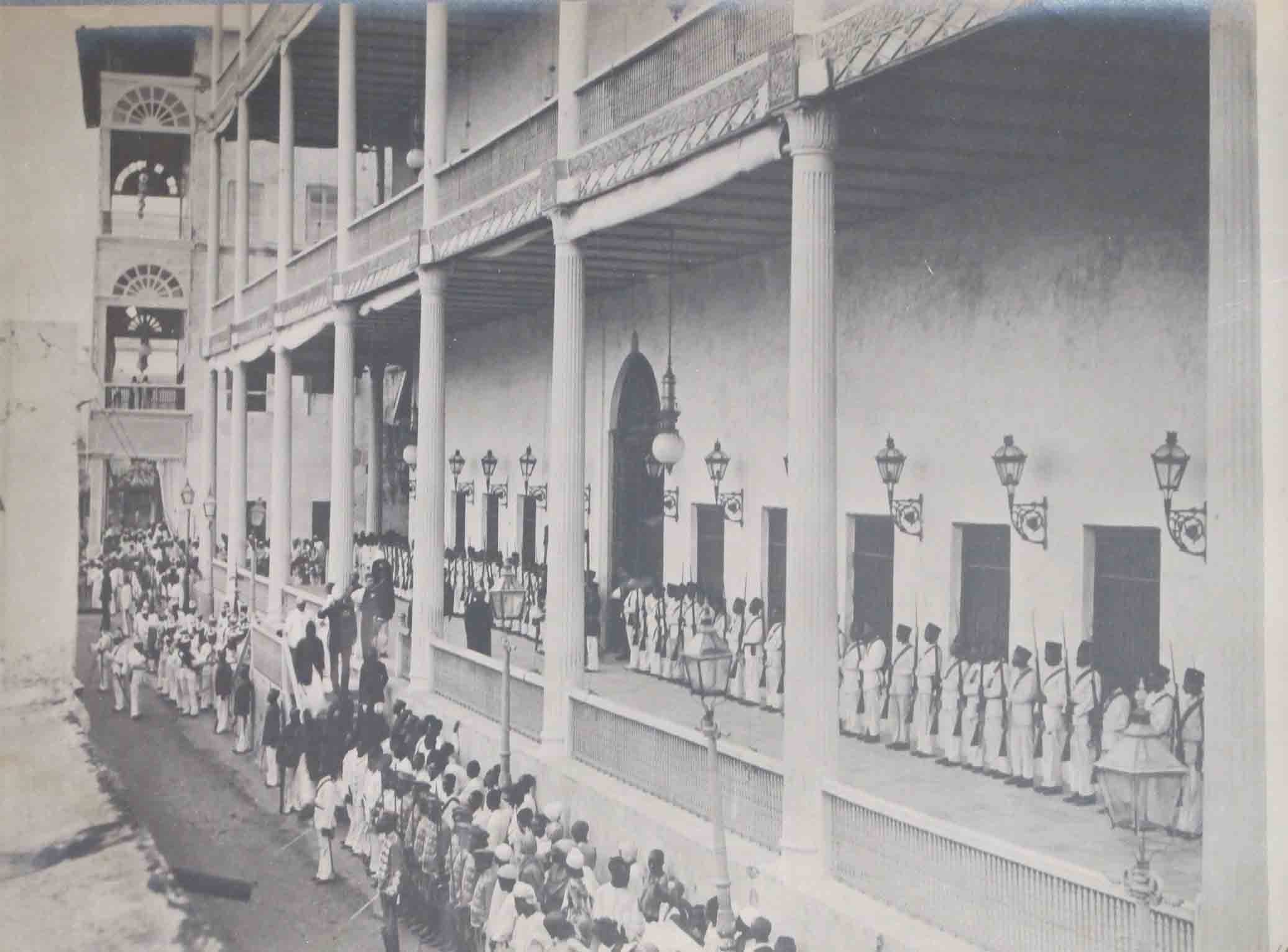 Recent Friends’ funding is helping, or has helped, several cataloguing projects to a successful conclusion. We jointly funded the cataloguing of the conscientious objector’s tribunals (MH 47) with the Federation of Family History Societies; we have funded the Prize Papers project (HCA 30 and 32) and also the catalogue enhancement of the major series of Royal Marine Description Books (ADM 158).

One of my favourite projects is COPY 1: photographs and artworks registered at Stationers’ Hall under the 1862 Fine Arts Copyright Act. This project, undertaken by the Friends, will hopefully soon begin its final phase. I marvel at the many early photographs of iconic events, places and artefacts of the late nineteenth, early twentieth centuries. Some of these have appeared in our magazine, Magna, to showcase the richness of the collection. Of the many images I have two particular favourites; the first of which will appear in the December edition of our magazine: the reception for the Emin Pasha in 1883, and the Cunard steamship Campania, photographed in 1893.

The picture of the reception at the Sultan’s palace, Bagamoyo, in Zanzibar is intriguing with a very high entrance door – designed to enable the Sultan to enter the palace on the back of an elephant (incidentally, that has given me an idea for a design feature for the Friends’ headquarters office block when we have grown sufficiently large enough). The picture of the Campania, seemingly becalmed, is beguiling and atmospheric: representing the beginning of luxury trans-Atlantic travel by liners in the 1890s.

That ‘nothing left to do’ day will come, but not for a little while yet, although the clock is ticking. In many ways it will be a sad day when that happens because at that point The National Archives will lose its mystique – that sense of wondering what the next new discovery will reveal. So let’s not rush, take it steady and enjoy the journey – keep calm and carry on. It reminds me of a quote from Robert Louis Stevenson’s essay El Dorado – ‘to travel hopefully is a better thing than to arrive’.

Sorry, I must dash – that phone is ringing again …