From a population numbering 7.88 million, over 620,000 Canadians served in the Canadian Expeditionary Force (CEF) between 1914 and 1919. This number included over 4,000 Canadian Indians from a total population of 103,774 (excluding non-status Indians, Metis and Eskimos) in 1914. This enlistment figure represents 35 percent of the male Indian population. 1

The exact number of indigenous Canadians to serve in the First World War cannot be exactly calculated. Most status Indians were not recorded as such upon enlistment, as attestation papers did not record race.

The abilities of Indians as soldiers were perceived through racial thoughts and these ideas were manifested in the function, role, and unit designation of Indians within the Canadian Expeditionary Force. Some military recruiters believed Indians had enhanced martial skills and enrolled them as snipers and scouts. However, others viewed them as little more than enlisted labourers and assigned them to non-combat service and support battalions.

Many believed that Indians had keener eyesight, especially night vision, had better hearing and could navigate based on instinct. Many Indians filled the roles of snipers and scouts – and excelled at both – due to their civilian experience as hunters and trappers.

The highest sniper figures recorded in the history of the CEF belonged to Corporal Francis Pegahmagabow: 378 unofficial kills. However, more work has been done on him than on the man that I wish to mention: Lance Corporal Henry Norwest, of the 50th Battalion. He was of Cree ancestry and before entering the army he had been a rancher, trapper and rodeo performer. Using the war diaries, we can follow some of his progress in his military career (WO 95/3899).

The first mention of him comes on 23 of May 1917, when we find out that he was awarded the Military Medal. 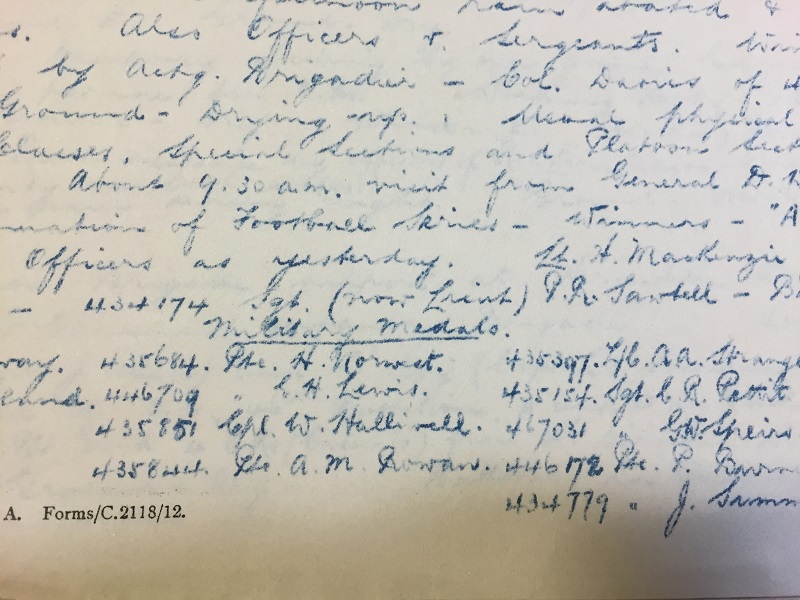 After that there is almost no mention of Norwest for almost a year.

The entry for 28 April 1918 celebrates his 100th German kill. Before that day was out, he managed to add another kill to this score. Apparently Norwest had a motto: ‘Wait until not a single Hun has a chance of seeing your rifle flash, then get your man.’

On one occasion he waited for two days for two enemy snipers who had heard his rifle after he had accounted for another of their friends, and knew they were suspicious of his whereabouts. At last he caught them off guard, and the two went down within the following 15 minutes. His patience was praised, and he was described as having an indifference to danger.

His ability to negotiate open ground (due to his occupations before joining up) made it possible for him to use No Man’s Land as a sniping ground to the fullest advantage. 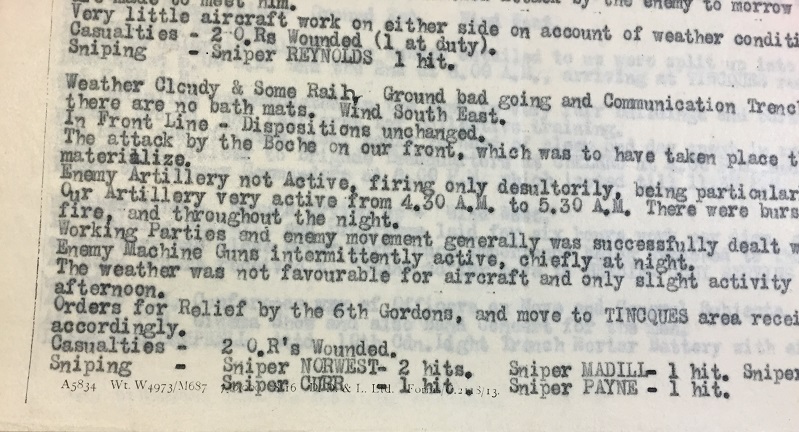 Entry for Norwest having made two more hits (catalogue reference: WO 95/3899)

On 10 June 1918, he received a bar to his Military Medal ‘for his century of observed hits’. He was one of 838 Canadians who were awarded this double honour. 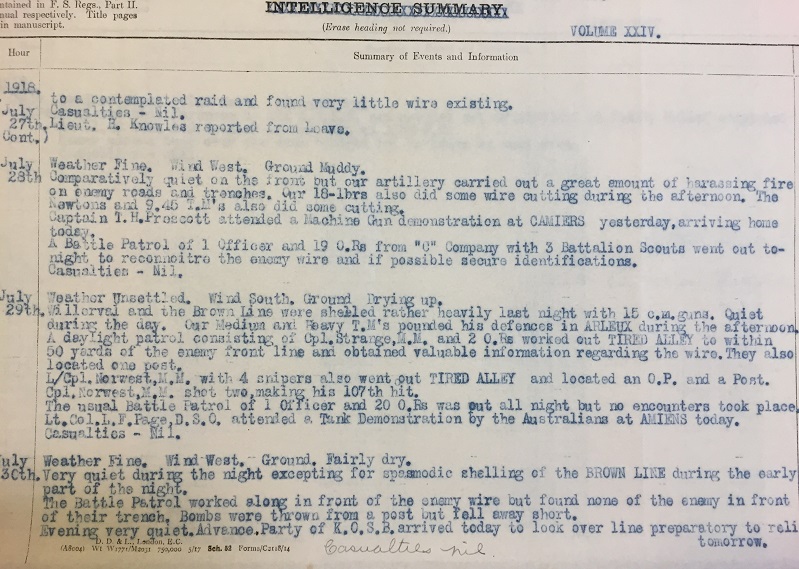 Unfortunately on 18 August 1918, Norwest was killed by enemy snipers. The war diary entry for this day says that the line had been comparatively quiet compared to the previous days – the only exception being the snipers that killed Norwest and wounded one of his fellow snipers. 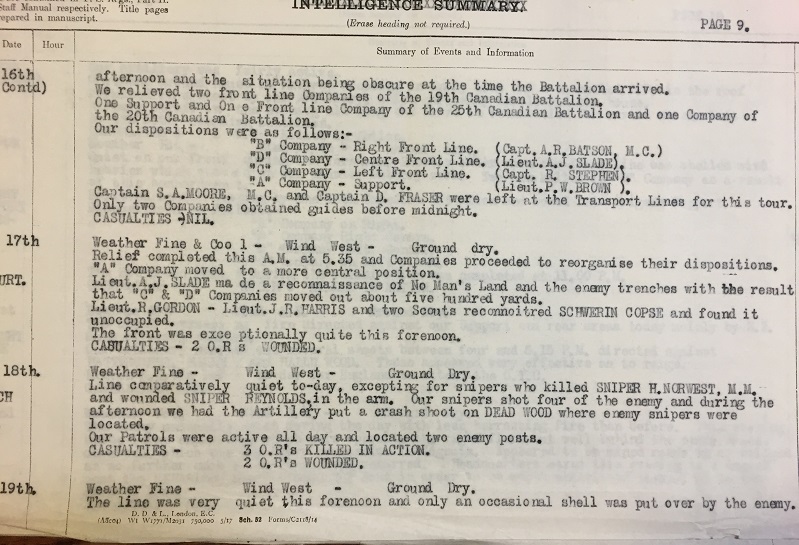 War diary entry for the day that Norwest was killed (catalogue reference: WO 95/3899)

By the end of his time at the Front, Norwest had achieved 115 kills. As his friends stated, it must have been a very good sniper that managed to kill Norwest. Apparently the Germans knew of him and his reputation, and they feared him – or so said a German prisoner of war. 2

More than 68,000 Canadian soldiers gave their lives during the First World War, including approximately 300 Canadian Indians. 3